Life in TrumpWorld at Month 16: "What Fresh Hell Can This Be?" and Performative Cruelty As Governing Ethos Plus Jonathan Chait on a Roll 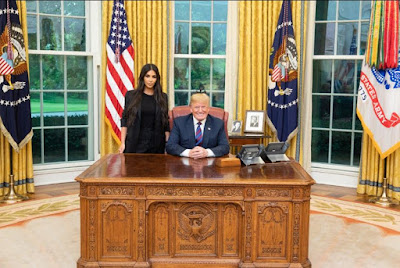 Yesterday, Kim Kardashian met Trump in the Oval Office for some stupid reason and the picture above was released. Trump tweeted out the picture because he's, well, Donald Trump and in only concerned about his reality TV show and -- to quote a term others have coined -- "performative cruelty" against he perceives as his enemy and with the benefit of riling up his vulgar, atavistic base.
However, when it was tweeted out, Twitter user "realfarmacist" tweeted the following (see below): 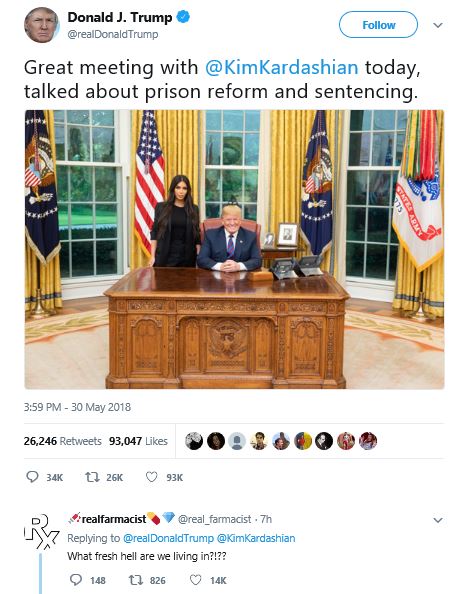 
The New York Post -- a Murdoch empire-owned, ultra-rightwing tabloid -- decided to do this with the picture for its May 31, 2018 print edition cover: 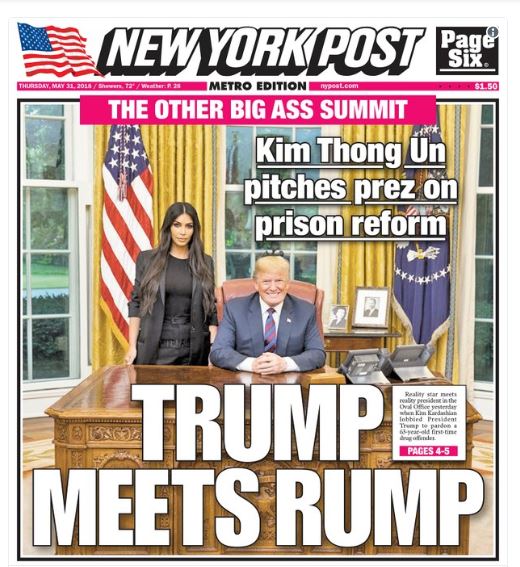 Speaking of Trump's performative cruelty, the link above is to a Josh Marshall retweet, a screenshot of which is reposted here (and sums it up perfectly): 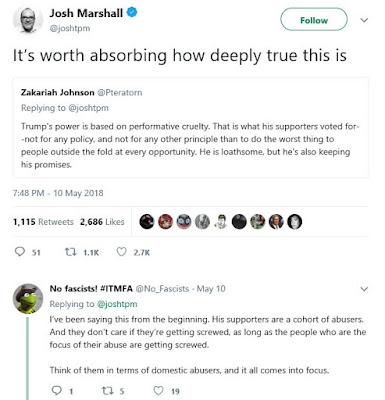 
Charlie Pierce has been off this week but Jonathan Chait has been on a tear. Consider that just since Tuesday he has posted the following:

11:15 a.m. May 31st, 2018: Mitch McConnell Committed a Judicial Heist and Blames Obama for His Crime
The Senate Republicans broke all the judicial rules, and have been richly rewarded. Now George Will repeats an outright lie about it.
*******

Another line you tend not to hear from people who haven't been involved in criminal activity.
*******

9:37 p.m. May 29th, 2018 Trump Demanded Sessions Block Russia Probe Because He Thinks He's Above the Law
More evidence that the president is not clear on the concept of "conflict of interest."
*******


OK, I'm going to end this entry now. My intention had been to post one more entry tonight (and after midnight in the new month), but I'll just wait until tomorrow (Friday) evening.
--Regulus
Posted by Regulus at 11:57 PM