Let's start with a nice, upbeat ballad …
"This Old Heart of Mine" by Rod Stewart ft. Ronald Isley from Stewart's 4-disc compilation album Storyteller – The Complete Anthology: 1964–1990 (1989)
There is a big backstory to this song that is too long to go into right now. You can read about it here. I quite like this particular version.
*******


Next up, something old school and upbeat (not to mention interesting) …
"My Lovin' (You're Never Gonna Get It)" by En Vogue from this girl quartet's Funky Divas album (1992)
Great song. Great video.
*******


Next up, something brand new and with an intriguing video …
"No Tears Left to Cry" by Ariana Grande from her upcoming album Sweetener (scheduled release: mid-2018)
The video to this song is quite remarkable -- suggestive to me of the tesseract scene in Interstellar -- but there is also at the very end a symbolic tribute to Manchester, England in the form of a worker bee flying away. You can read the Keeper of All Knowledge's discussion of the video here. 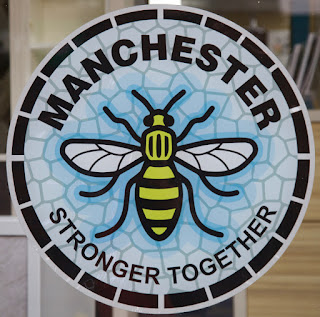 The worker bee is a symbol of the City of Manchester, and it is a tribute to the victims of the Manchester Arena Islamic terrorist bombing on May 22, 2017 at the end of Ms. Grande's concert that killed 23 people (including the bomber) and 800+ injured. 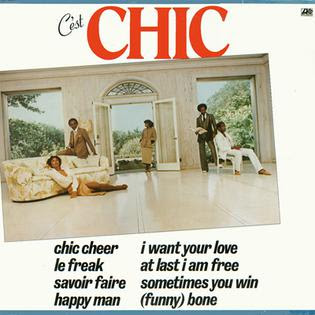 I featured this awesome song by the legendary disco group Chic back in this Jukebox Saturday Night edition (on my birthday, no less), but it features a still-frame image of the group rather than a video performance.


That JbSN edition also includes a wonderful 2016 remake by Tom Ford featuring Lady Gaga that was directed by Nick Knight.
*******


OK, that's all for now. In lieu of a Saturday Evening Post, I'm going to post a wee-hours Sunday entry (as I need to do my laundry and make dinner right now) while watching the rest of the MeTV sci-fi lineup.
--Regulus
Posted by Regulus at 10:00 PM