Let's start out our weekly Jukebox Saturday Night edition, as is our wont, with a nice piece ...
"Waves Against the Shore" by Fuller French (released as a single) (2017)
Fuller French's website including information about his music here.
*******


And we'll continue the slow, melodic pace ...
"Angela (Theme from Taxi)" by Bob James from his Touchdown album (1978)
Yes, this is the theme from the very funny TV show Taxi (1978 - 1983), and nit really is nice -- suggesting a nighttime taxi ride across Manhattan.
According to The Keeper of All Knowledge: 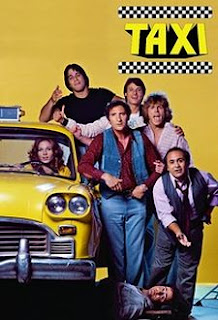 Bob James wrote the opening theme, "Angela", which had been intended for a sequence in episode #3 ("Blind Date"). The producers liked this slower, more melancholy tune better than the up-tempo opening theme they had originally chosen ("Touchdown"), and were able to make the switch before the first episode aired. Both songs are on James' 1978 album, Touchdown.


In 1983, James released The Genie, an LP containing much of the incidental music he had written for Taxi during its run. 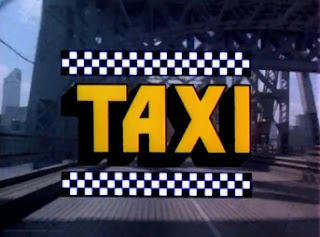 The video above contains a live performance mixed with opening sequence scenes and some clips of the main cast from the show.
*******


And we'll end with something suitably Saturday night upbeat ..
"Jump" by Van Halen from the group's album 1984 (stylized as MCMLXXXIV) (1984)
Van Halen really was one of the quintessential 1980s hair metal bands. And David Lee Roth was practically a comedic singer with his gestures, facial expressions, and all-around antics. 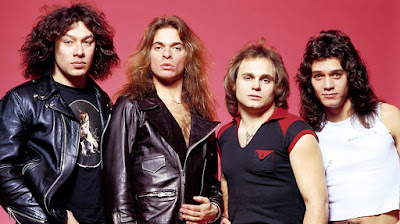 The original foursome that made up Van Halen.
In this video -- accompanying the release of the group's hit song "Jump" -- David Lee Roth and the rest of the group really look like they are having fun. 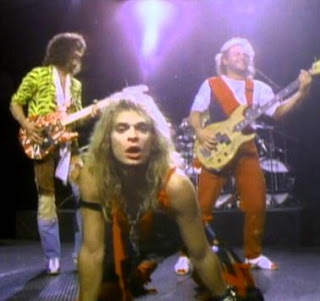 I should note that Van Halen is still together -- with three of the four original members (brothers Eddie and Alex Van Halen and David Lee Roth). The fourth member today is Eddie's son, Wolfgang Van Halen, having replaced bass player Michael Anthony.


OK, that's all for now. Please see my previous entry for an update.
--Regulus
Posted by Regulus at 11:49 PM