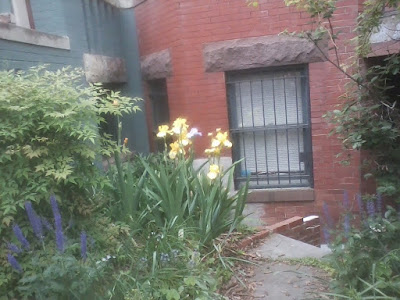 Yellow tiger lilies in a yard in the 1900 block of S Street NW, Washington, D.C., 2:26PM May 6, 2018.
The pictures in this entry were taken by me using my low-grade flip-open cellphone camera. They were taken on my Sunday walk over to Georgetown, where I stopped at Martin's Tavern and had lunch at the far corner of the bar (it being open and available).
******* 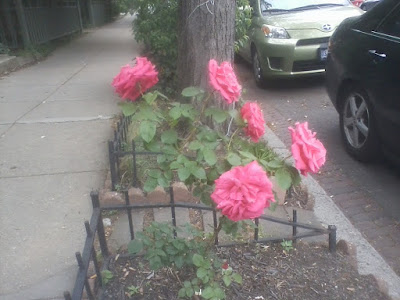 
Well, this is going to be a short entry as I'm tired and really want to go to bed. I also want to get into work earlier than normal tomorrow. 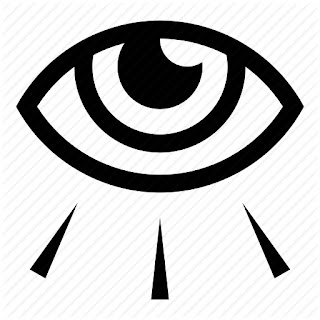 However, I need to note in this entry that I am having increasing vision issues -- floaters (I think) and in both eyes (worse in my right eye).

While my right eye floater has been around for about 10 years, it has gotten worse in the past few months.


In addition, it has been joined by a milder floater-induced blurred vision in my left eye. 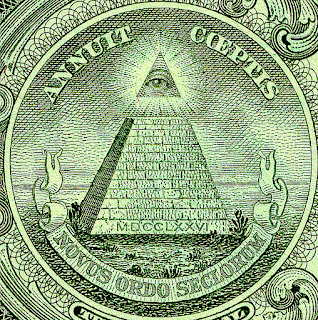 The blurriness comes and goes, though lately, it has been permanent. While squinting clears up my vision, the level of required squinting is greater in the right eye, making it problematic - not to mention funny-looking when I try to make out check tabs restaurants and bars.


It is also increasingly blurry when I use a computer -- something that is problematic since my job as a writer / editor / researcher revolves around using a computer, and thus my livelihood depends upon my vision.

I also have rather increasingly frequent low-to-moderate headaches that are likely somehow tied up in this matter.

I should note that also went swimming tonight at the end of a decent gym workout, and the pool water chlorine is irritating my eyes. I don't have any goggles at the present time. (Invariably, I lose them or the plastic fastener breaks.)

Maybe it's a vitreous detachment.

Whatever the cause, I need to go to find and make an appointment with an ophthalmologist (or is it an optometrist as a first step??).

Needless to say, I really don't want to go blind in either eye.


OK, this is a good time to chance subjects.
Right now, I'm home watching Perry Mason, specifically, the episode is "The Case Of Constant Doyle" and it actually guest stars the great Bette Davis as well as a young Michael Parks. (Raymond Burr himself only has a bit role in this episode and Bette Davis is the defense attorney.) Of note, people are frequently drunk on Perry Mason. 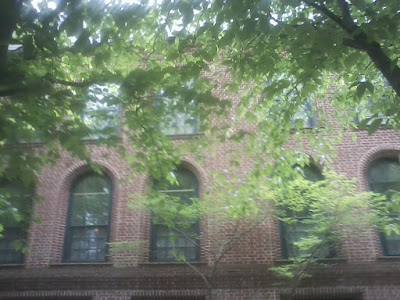 Brick façade of a building in the 2800 block of Q Street NW, Georgetown, Washington, D.C., 3:27PM May 6, 2018.
This structure is either an apartment building or a private home. I think it is the latter but just made to look like a non-traditional home (or at least a non-Georgetown row house).
*******


I'm planning on going to the gym again tomorrow night and also Thursday night. Gym nights end up being far better weeknights for me -- by the end of the gym visit and when I get home and watch late night MeTV. As it is, nothing else is working out in terms of any social relationships, plus I've gotten too heavy. All that being the case, it's best if I just go to the gym instead of a bar or restaurant after work. 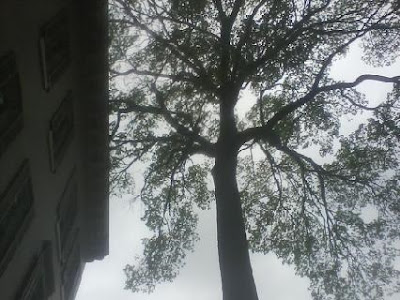 
I just don't really get along with most people in friendships save a few notable exceptions. As I've mentioned before, I simply DO NOT get along with gay men, especially younger ones. (My relationships with work colleagues is fine. I guess that counts for something.) 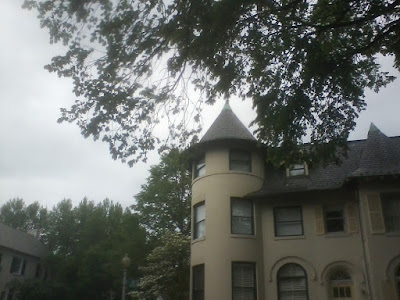 
OK, that's all for now. I'm simply not able to post anything else tonight including political-themed stuff I would really like to relate. There is so much going on with Trump and the GOP in so many perverted and twisted forms -- but it's impossible to relate everything in every entry, not only because of the difficulty of doing so but because it would completely swamp any other topic I would discuss. 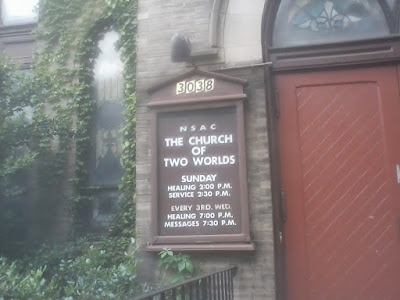 
Anyway, I'm going to sign off now. I'll try again to write an entry tomorrow night. However, it's possible I won't post another one until Wednesday or Thursday.
--Regulus
Posted by Regulus at 1:50 AM