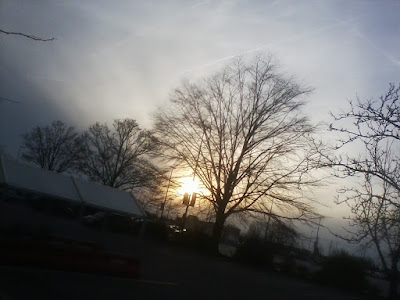 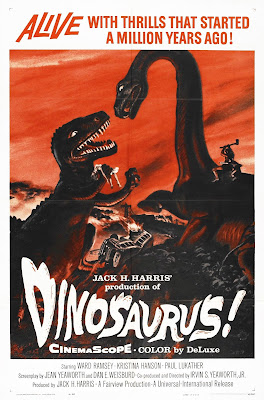 The Svengoolie-hosted monster movie was hilarious: The 1960 movie Dinosaurus! I'm not sure if it is intentionally hilarious or not, but it is. And very enjoyable.

This film featured lots of that stop motion animation of the two dinosaurs -- a brontosaurus and a tyrannosaurs rex -- not to mention a caveman.


That is, the caveman is supposed to be a Neanderthal and his portrayal -- were there any surviving Neanderthals -- would be considered positively racist, or perhaps species-ist).
The Star Trek: TOS episode was "The Ultimate Computer" and the Battlestar Galactica one is "The Young Lords" -- both very good. 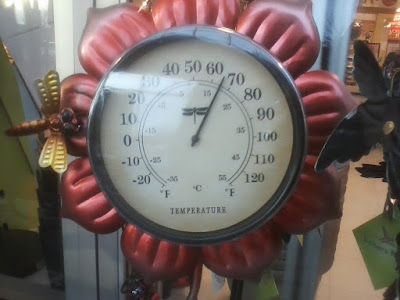 
Anyway, as for my weekend visit here, we had a nice day today. We first went to nearby BWI Airport to check a couple minor issues with our upcoming (12 days hence) trip to Daytona Beach to visit my dad. We then went drove over to Pasadena on the Patapsco River  (by the bay) to Mike's Crab House, where we had afternoon dinner. Thereafter, we stopped at a Glen Burnie Target and bought a few items. 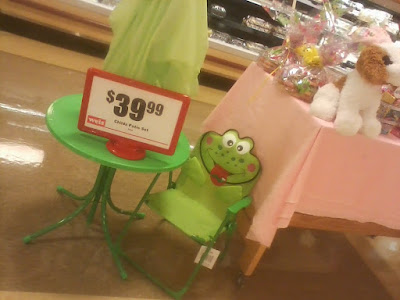 
Turning to the weather, that would-be April spring snowstorm totally fizzled out to nothing -- not even any needed rainfall. I suspect we are going to segue right from a cold, dry pattern to a hot, dry (rainless) one. That sucks.
Of note, it is exceptionally rainy in parts of California for this time of year. I wish some of that would come here. 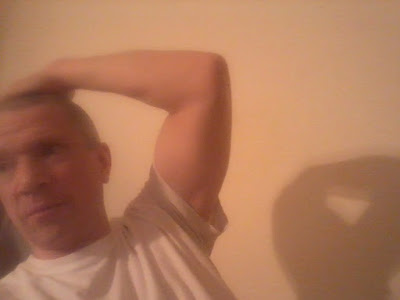 
I'm going to sign off, but I must mention the horrific bus accident in rural Saskatchewan that killed 15 people and injured 14 others who were part of Canadian junior hockey league team. 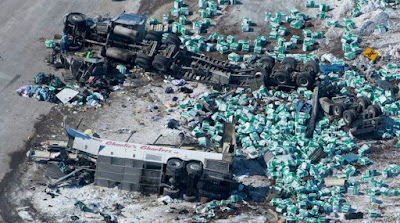 
A bus carrying 29 members including the coach of the Humboldt Broncos -- who were en route to the nearby town of Nipawan for a playoff game -- collided (for as-yet-unknown-reasons) with a tractor-trailer carrying multiple boxes of peat moss on Highway 35 just outside the small town of Tisdale, Sask. Story here. 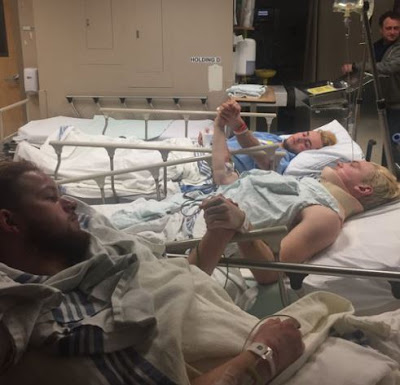 
The survivors have been airlifted by helicopter to Saskatoon for emergency medical care. The deaths have really shaken many people in Canada including Prime Minister Justin Trudeau. A GoFundMe campaign has already raised $1.5M. (Trump, for once, tweeted something not horrible but instead decent, namely, condolences -- and NOTHING about himself.) 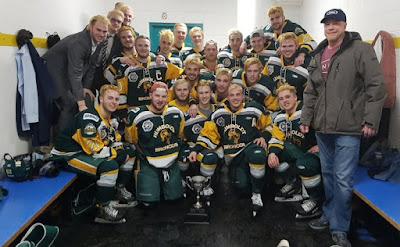 Humboldt Broncos Junior Hockey Team in a photo dated March 24, 2018.
Half the team in this photograph are now dead because of a needless accident on a rural highway in Saskatchewan.
*******


OK, I'm signing off for now. I'm heading back to D.C. tomorrow, although I'm unsure if I'm meeting Chester first or not. My next planned entry will be late Monday / early Tuesday.
--Regulus
Posted by Regulus at 11:50 PM