Off to Dumpwater and Daytona Beach, Florida ... 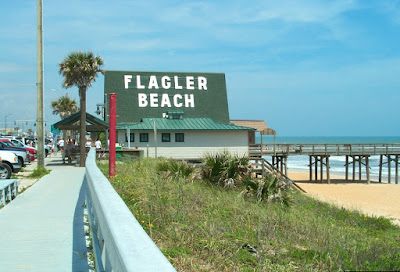 Alright, I'm off for a four-day trip to Dumpwater -- OK, Flagler Beach and environs -- and Daytona Beach, Florida.
(Yes, "Dumpwater" comes from a two-part episode of Married, With Children called "Poppy's by the Tree" and so is a fictitious place, but the moniker applies for that part of Florida.)
This is an unlikely trip with my mom to see my dad. Keep in mind, they haven't been married since 1974 and haven't lived together since about mid-1970 (when I was about six months old). And it is occurring after her 42-year marriage to Ray, who passed away in January 2017. So in a manner of speaking, it is the first vacation-with-the-parents. 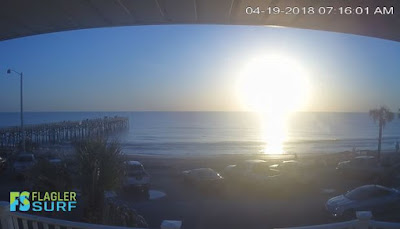 Two days are to be spent in Flagler Beach -- a few miles from his trailer park residence in unincorporated Flagler-by-the-Sea -- and two days in Daytona Beach at a decent seaside hotel. He is staying with us there but the rooms are full suites. It should be fine unless he decides to bring Shannon along, then we have an issue. 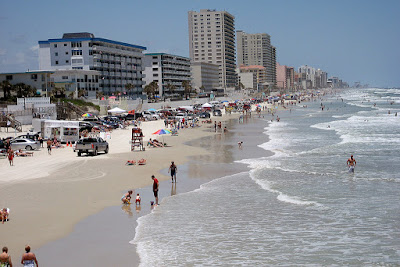 Regardless, I'm unsure if I'll be able to post any entries on the blog while there. In the meantime, please read or just view my previous entry. The link is here -- and it is directly below this entry. It took literally three months for me to put it together.
We're flying through Atlanta's Hartsfield-Jackson, which is always an experience.
OK, that's all for now. 'Bye.