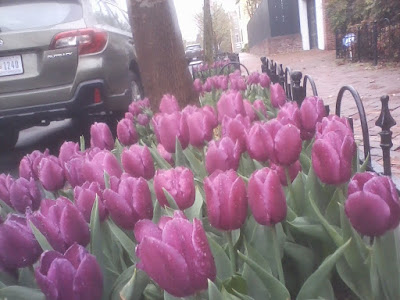 Violet-red hued tulips in a flowerbed on a sidewalk in Georgetown, Washington, D.C., 3:22PM April 15, 2018.
I can't remember if this was on Dumbarton Street or not. I was walking to Martin's Tavern. I had a nice time there except initially with a really loud German guy. The other two couples who sat next to me at the bar were terrific.
*******


I had intended to post an entry last night but I just couldn't finish it, and then I was busy at work today including drafting a press release and talking to a state-level grantee being reviewed as part of an agency grant program. I ended up staying late at work and can't make it to the gym tonight. 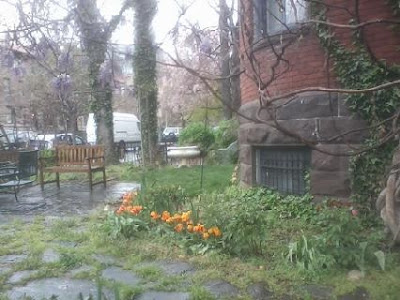 
I went last night but I wanted to go again tonight because I'm leaving for the start of my unlikely parental Florida trip. Tomorrow, I'm going to Glen Burnie in order to be able to leave early on Thursday. 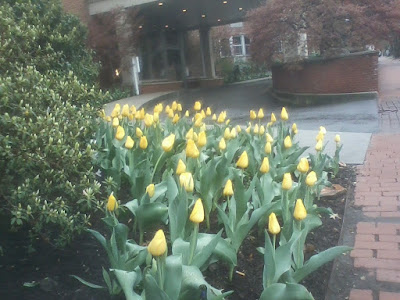 Tulips in the entrance way to an apartment complex, 2400 block of Q Street NW, Georgetown, Washington, D.C., 3:12PM April 15, 2018.
It was raining and cool at this point and I think the flowers and rest of the natural world vegetation was happy. I know I was.
*******


Hopefully, the frickin' water is back on in the apartment. There was yet ANOTHER outage -- and this one receiving only scant forewarning. Instead, the building management had advertised it as a hot water-only outage. I went to the gym to take a shower / shave. Of course, it went out when I was IN the bathroom. 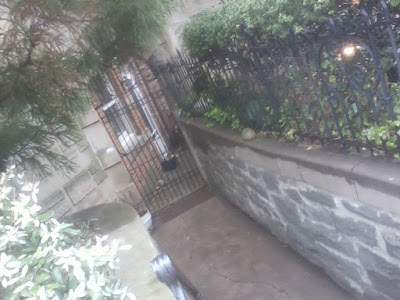 
OK, that's all for now. I am going to make every effort to post another entry later tonight. The entry I had partially composed including a recount of the heavy rainfall (1.5 to 3 inches) we received late Sunday into Monday. As for a political-themed entry, I just can't even get around to it. The effort is too great for such a limited reward. 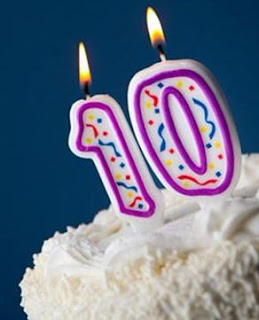 Oh, yes, I forgot to mention in my previous entry that April 15th was the 10-year anniversary of the state of my Regulus blog.


God, a decade ago. I have a hard time imagining that I'll be keeping this blog 10 years hence (when I'm 58), assuming I'm still around. At the very least, Trump won't be president.
Regulus
Posted by Regulus at 8:46 PM