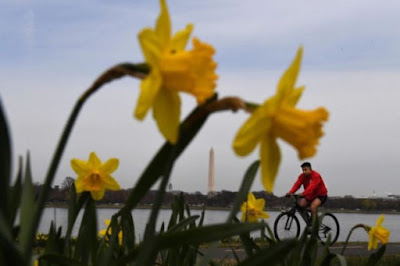 Daffodils along the Mt. Vernon trail with the Washington Monument visible across the Potomac River, March 29, 2018; photo by Matt McClain and taken from the below-linked CWG entry.
*******


I'm home this Saturday night doing my usual routine: Watching the MeTV Super Sci-Fi Saturday Night and Sunday Red-Eye Sci-Fi line up of shows. I'm quite tired and really don't feel like posting any sort of entry except for a Jukebox Saturday Night entry a bit later (and before midnight). 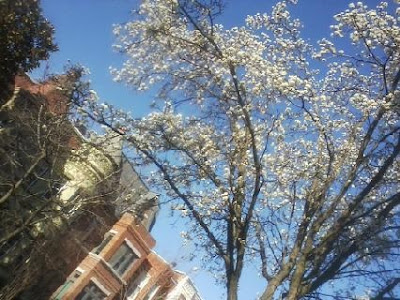 
Yesterday, I stayed at work quite late finishing up a response to a "sources sought" release from the agency my company supports. I then met Fred around 1015PM upstairs at Annie's (the only time of the week that I will go over to frickin' stale and awful 17th Street, and even then it's not every week). Anyway, I walked back home with him (he lives in the building next to my apartment building) and went home for a while before heading back out to Trade on foot. 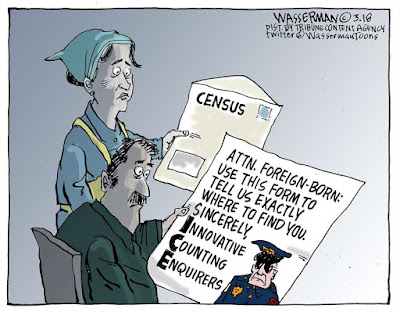 I stayed there for about 90 minutes and then returned home (taking a conveniently timed S2 bus the short way up 16th Street). I got to bed around 430AM -- and didn't finally get up and out of bed until about 340PM. (OK, I got up occasionally, but then went back to sleep and had multiple dreams.) I made it to the gym by 5PM -- too late for any treadmill jog but instead I got in about an hour of weightlifting.
About William C. Smith's effort to evict me -- or rather, the preliminarily start that effort -- I have yet to get the "Notice to Vacate or Correct" affixed to my door, but I have an appointment with an attorney on Monday at 11AM to discuss the matter. 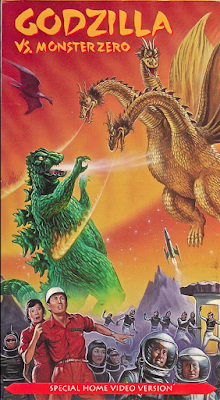 Right now, I'm watching the Svengoolie-hosted monster movie, and it is a very strange one even by the standards of the Godzilla franchise: Godzilla Vs. Monster Zero.

The MeTV schedule describes it thusly: "Aliens from Planet X request the use of Godzilla and Rodan to fight off King Ghidorah, but have a better use for the three monsters." That "better use" is an invasion and colonization of Earth -- which is repelled.


During one of the comedic intermissions, Svengoolie usually sings a little song parodying the movie he is showing, and the one for this movie is a real ear-worm, not to mention hilarious: "Deep in the Planet X's" set to the tune of "Deep in the Heart of Texas." 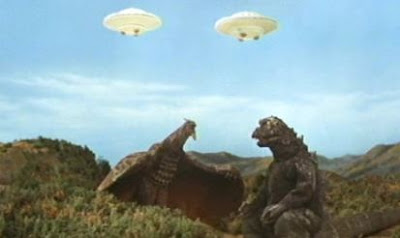 Later tonight, the Star Trek: TOS episode is "The Omega Glory"; the Battlestar Galactica episode is "The Magnificent Warriors"; and the "Kolchak: The Night Stalker" episode is "Primal Scream." I doubt I'll be able to make it up all the way to Land of the Giants.
I have my little air conditioner turned on although it isn't that warm outside (indeed, it is almost at the point at which the chiller function shuts off and it just is a fan blower). 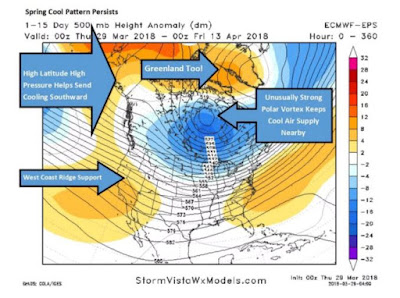 
As for the weather, there is a chance of rain and maybe even a bit of a rain/snow mix on Monday. The pattern for the eastern U.S. is supposed to stay blow normal temp-wise (owing to a deep and persistent polar vortex trough over Hudson Bay). Hopefully, though, it will be wetter than normal in the mid-Atlantic. The "DMV" area -- District, Maryland, and (Northern) Virginia -- remain in a low-grade drought with a "moderate drought" right over the immediate D.C. area. 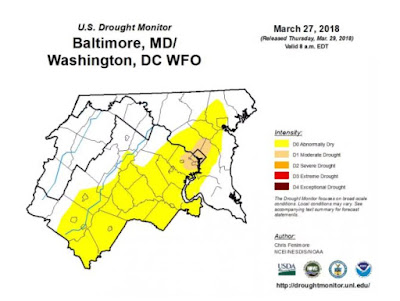 
Here is a CWG discussion of the April outlook (and whence I found the 15-day averaged 500-mb anomaly forecast map and regional Drought Monitor map featured in this entry) (link embedded): April outlook: Cooler than normal with a very slow transition to spring.
The Yoshino blossoms -- among other flowering cherries and flowering tress -- are just starting to come out but "Peak Cherry" (as reckoned from those gnarled century-old trees along the Tidal Basin) is still about 10 days away, so it is late this year. 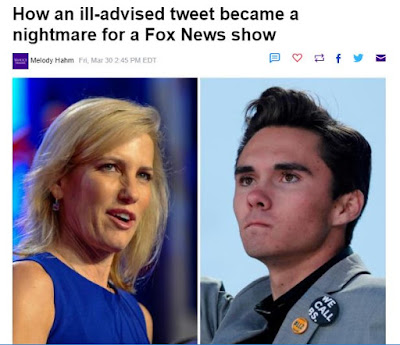 I'd really like to get into a discussion about this whole movement that has arisen since the Parkland mass shooting on Feb. 14th -- and there isn't anyone who deserves this sort of slap-down than the loathsome Laura Ingraham and Fox News in general -- but it's too much too go into now. As with Fox News in general and talk radio (and now the internet and social media), the decades of bile she has spewed into the public sphere as part of the overall rightwing political/media ecosystem has been severely damaging to the country's cohesion and left us where we are today. 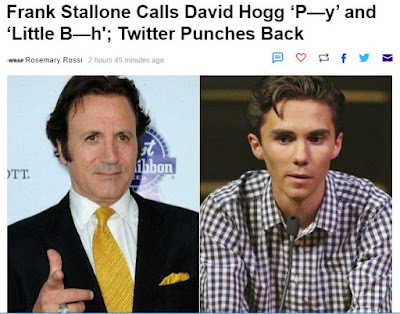 As for Frank Stallone's tough-guy vulgarities against Parkland survivor and face of the new gun regulation debate David Hogg, I didn't even know Sylvester had a brother named Frank (and, wow, is he ugly). And as someone pointed out already (see image below), this tough guy immediately locked his Twitter account after what he wrote. Talk about a pussy coward. 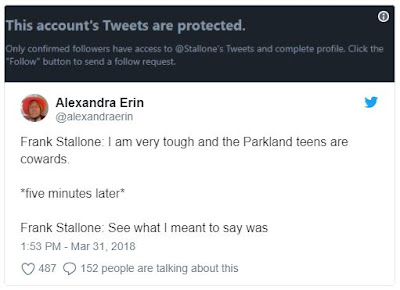 This whole situation is (at least for now) is such cosmic justice way because this activism and energy that is threatening the satanic arms merchants of the NRA and the rightwing media/entertainment and political complex's grip is a homegrown, organic one that they didn't expect and (given that it is the country's teenagers and their own children) cannot fight. 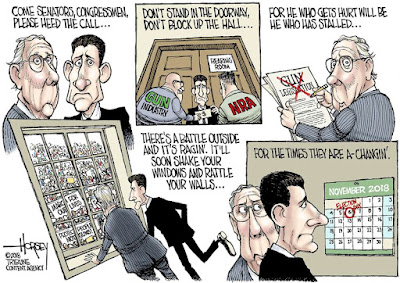 
OK, that's all for now. I intend to post a Jukebox Saturday Night entry shortly.
--Regulus
Posted by Regulus at 10:45 PM