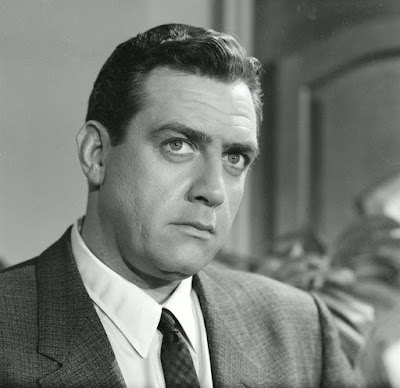 I need Perry Mason.
That aside, I also hate this blog -- no really. And I'm not that keen on anybody who reads it for all the wrong reasons. Regardless, I'm home now at this late, wee, wholly ungodly hour.
Just so you know, my "landlord" -- the property management company William "C" Smith -- is trying to evict me from my apartment.
NO, it's not because of any failure to pay rent (SORRY, Wall-P, you money-mongering, shitty stooge-bot) or that I am "running a drug den." (OOOOOHHH, there is so much I could say about that involving two ex-friends, but let's just leave it at that.)
Instead, it's summed up by the weird landlord-tenet issue called "Notice to Vacate or Correct" -- and involves (at least as a final straw in my particular case) the non-criminal but annoying fact that I passed out drunk either IN or NEAR my apartment building - and if the former, which I think, then literally at the doorway outside my apartment.
I have a vague memory of that night involving two D.C. (MPD) police officers including a tall, thin, young African American guy.
Anyway, apparently, I'm all on camera and everybody is ready to eject me as I "scared" local residents (as in, the 85 year olds and sad, pathetic immigrants who pay $500/month and that William "C" Smith are waiting to die).
Fine -- I fucked up. And I can't fight it -- nor will I.
Let me say, though, that none of this (despite William "C" Smith's finest hope) involves anything criminal -- even though the building site manager clearly EAGERLY ran to her boss overlords and they tried to frighten me as such at my door.
Given all that, I am in the process of hiring a lawyer to defend my rights since during the 30-day "CORRECT" period, the entire idea of "CORRECTION" is to be determined by the very people who will decide are those who are eager for me to be gone -- to include a giant, fat, middle-aged white guy in a red sweater tucked into his over-stuffed white trousers who is high up at William "C" Smith -- so that they can rent out the dusty, dumb dump at 2-1/2 times the current rent to some shitty millennial.
Anyway, I stayed at work late -- and left around 9PM, stopping at Baan Thai and then Trade before coming home.
I'm home now watching the Perry Mason episode "The Case Of The Lawful Lazarus."
I really hate this blog. Oh, and fuck you, Timster and M. "WADE" TipaTrillyun.
OK, I'm done for the day and going to bed. I will not be posting a new entry until Saturday evening. And if I do have to give up this shitbag, dust-flea apartment, well, it's not the worst thing in the world. And now I'm going to bed and into dream world -- which can be awesome/wonderful or horrifying, but is always interesting. As for this blog, I probably won't update it again until Saturday night.
--Regulus
Posted by Regulus at 12:31 AM