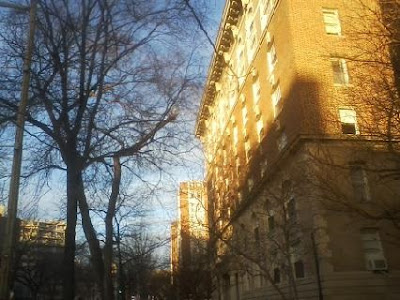 
Saturday late night.
This is just a short entry with a quick update.

In addition to finishing up multiple loads of laundry, I'm home watching the Me-TV Super Sci-Fi Saturday Night lineup that segues into the Sunday Red-Eye Sci-Fi lineup. Right now, I'm watching a Star Trek: The Original Series episode ("The Trouble with Tribbles"). Of note, I skipped the Svengoolie-hosted monster movie (the 1977 flick "Ants!"), since it was kind of gross.

I made it to the gym earlier today, although once again, I slept crazy late this Saturday -- not getting up until 4PM -- and because gym hours are limited on Saturday, I was only able to do an hour of weightlifting and a swim. That is, I had to skip the jog.


Once I have this entry and my Jukebox Saturday Night entry posted (the latter is already prepared), I'll fix some dinner. 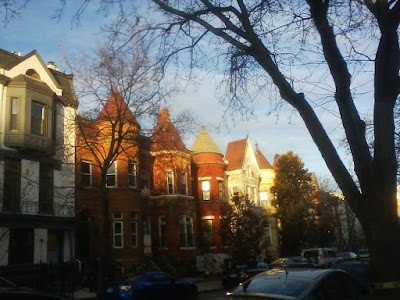 
Last night, I stayed late at work and then went to dinner at Baan Thai (back bar) and then met Fred at Trade and later I went to No. 9 before walking home. For tomorrow, my mom is coming into D.C. on the MARC train to Union Station. We're going to have lunch -- possibly at Thunder Grill, although the last time we went there and sat at the bar we had a bartender whose serve was abominably rude and I flat told him I wasn't tipping him and complained to the restaurant manager.
This was a real disappointment since I had previously really liked the place. The bartender was intentionally and inexplicably an a-hole.
The only issue is the weather: Rain, which is badly needed, is forecasted, but there is also a chance of sleet and freezing rain. 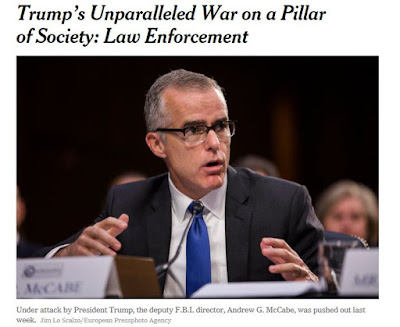 New York Times online headline February 3, 2018
OK, before I end this entry, I want to post a link to this New York Times article: Trump's Unparalleled War on a Pillar of Society: Law Enforcement.
It's quite a remarkable article. Here is just one paragraph (and set next to the cover of David Frum's topically-related new book): 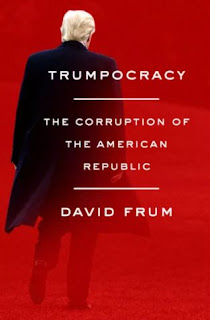 The war between the president and the nation’s law enforcement apparatus is unlike anything America has seen in modern times. With a special counsel investigating whether his campaign collaborated with Russia in 2016 and whether Mr. Trump obstructed justice in 2017, the president has engaged in a scorched-earth assault on the pillars of the criminal justice system in a way that no other occupant of the White House has done.


Oh, and here is Bill Maher's latest installment of "New Rules" on his Real Time show: 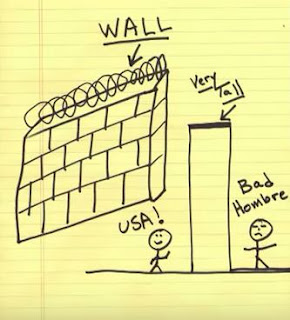 It's about Trump and his "Wall of Lies" he "vomits" on a daily basis -- and the "wall" in the dark and ugly hearts of his supporters.


OK, that's all for now. My next planned entry will be late Monday or early Tuesday.
--Regulus
Posted by Regulus at 11:58 PM