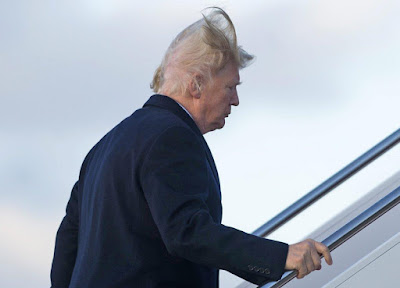 
Just a very brief posting this Thursday evening.
I had intended to go to the gym tonight (since I didn't go last night), but instead I am meeting with a coworker friend to go to the bar at the National Press Club (she is a member). I seldom get to do that -- and Lent is coming up, during which time she abstains from drinking, so might as well do it now.
Updated 11:10PM 2/10/2018:

I just had to post this additional Trump-hair picture: 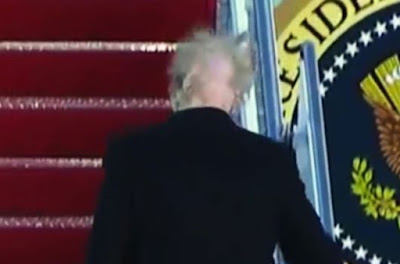 It is a screenshot of Trump ascending the steps to Air Force One when his hairpiece or wig or whatever the hell it is was lifted up in bursts of wind.
End of update.


Anyway, that being the case, I won't follow my now-preferred weeknight gym and then blog-entry-posting-while--Me-TV-viewing-into-the-wee-hours routine. I will certainly go to the gym on Saturday. 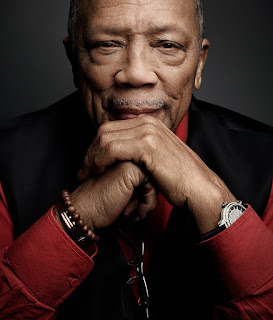 Before I go, I would like to direct your attention to this most remarkable interview on New York Magazine's Vulture site with Quincy Jones (link embedded): In Conversation: Quincy Jones.


The interview and article are by David Marchese.


Among the things that Jones said in that interview was this:
"Brando used to go cha-cha dancing with us. He could dance his ass off. He was the most charming motherfucker you ever met. He'd fuck anything. Anything! He'd fuck a mailbox. James Baldwin. Richard Pryor. Marvin Gaye."
Nice. 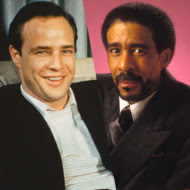 And here is a follow-up article by Jackson McHenry, another writer for Vulture, based upon this: Richard Pryor's Widow Is Happy to Confirm He Hooked Up With Marlon Brando.


Quotable quote from Pryor's widow, Jennifer Lee Pryor, to TMZ:
"It was the '70s! Drugs were still good, especially quaaludes ... If you did enough cocaine, you'd f*** a radiator and send it flowers in the morning."
OK, then.