Welcome to 2018: Impending Major Coastal Storm (But Snow Unlikely for D.C.) and Arctic Outbreak Round 2 (The Polar Vortex Returns) 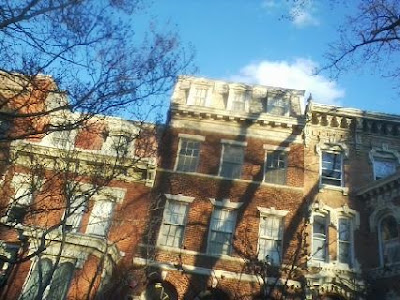 
I had intended to post an entry yesterday -- New Year's Day -- but the day sort of got away from me. For one thing, I didn't get up until nearly 230PM. For another, I had to do my laundry. I left the apartment a bit before 4PM (skipping the usual shaving/showering routine). I walked to Logan Tavern, where I had a bit of dinner at the bar, and then to Trade and No. 9 before returning home around 9PM. 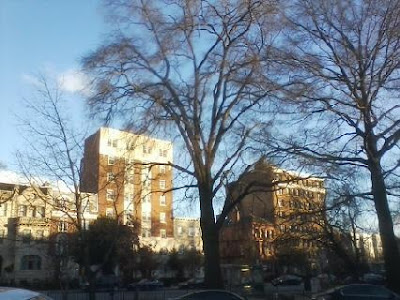 
Tonight is a gym night -- and I'm dreading the fact that it is early January as the gym tends to be very crowded for several weeks after the New Year begins owing to all the New Year's resolutions that come and then go.
My plan is to post a new entry later tonight (likely after midnight but hopefully before 2AM as I don't want to be up too late). 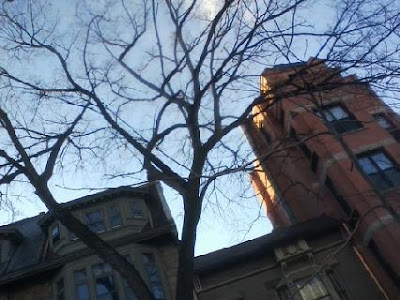 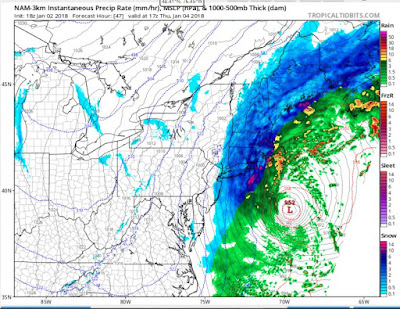 
A monster coastal storm is forecasted to bomb out off the mid-Atlantic coastline late tomorrow into Thursday -- and given the antecedent Arctic air in place over the eastern half of the United States, there are already winter storm warnings in effect for a bevy of Southeastern state coastal regions that rarely have such weather advisories. 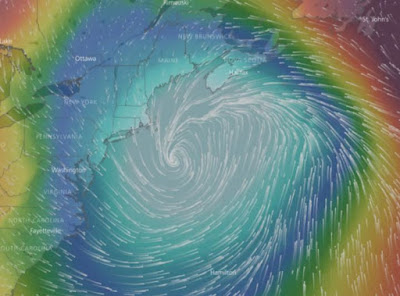 Pressure and wind visualization of the upcoming nor'easter valid on January 4, 2018.
This image is from the CWG entry linked below. The Weather Channel is calling this storm "Winter Storm Grayson."
******* 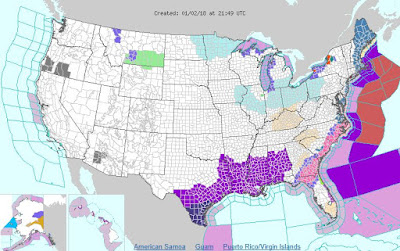 NWS weather advisories as of 2149UTC (4:49PM EST), January 2, 2018 -- without the accompanying legend.
As the map shows, there are winter storm watches up for the Tidewater and lower Delmarva, the Jersey shore, and for coastal New England (but not yet for the New York City area). But it also shows winter weather products in effect for the Southeast United States including winter storm warnings, winter storm watches, and winter weather advisories while offshore there are storm warnings and hurricane force wind warnings. 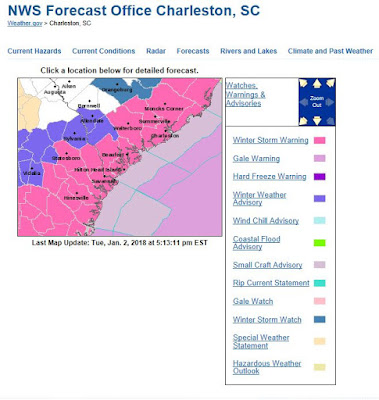 
While the track of the storm is still uncertain, it is unlikely that accumulating snow will fall in the immediate D.C. area. The Arctic air is simply too entrenched to get the storm close enough to the coast at this latitude to do so. 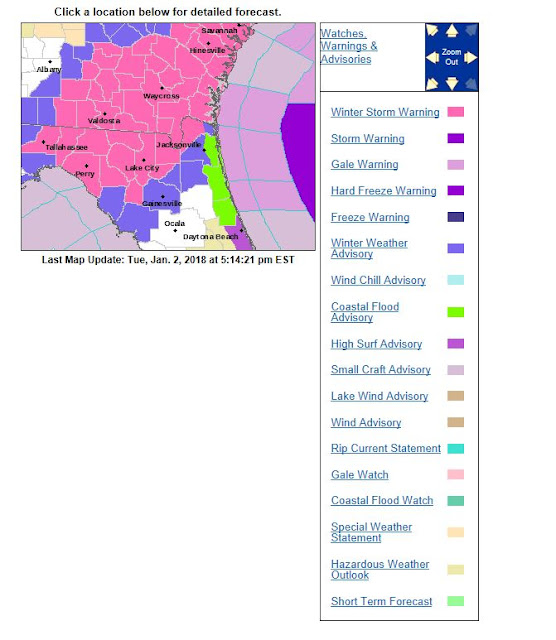 Jacksonville (JAX) NWS CWA weather advisories updated at 5:14PM EST January 2, 2018.
To be clear, the criteria for winter weather products is quite different in these areas than in the D.C. area, to say nothing of New England. Literally any frozen precipitation falling from the sky in a place in north Florida earns a winter weather advisory and anything with even the possibility of sticking (snow or ice) garners a winter storm warning.
*******
Following this, round two of an Arctic onslaught will take place as a lobe of the polar vortex basically detaches and becomes entrenched over eastern North America down into the subtropical latitudes.
It is analogous historically, I would say, to the pattern in the immediate aftermath of the Blizzard of 1978. In terms of a hugely disappointing near-miss on the D.C. area, it shouldn't be as bad as the late Dec. 2010 storm that buried coastal locations while "sparing" D.C. even a flurry. 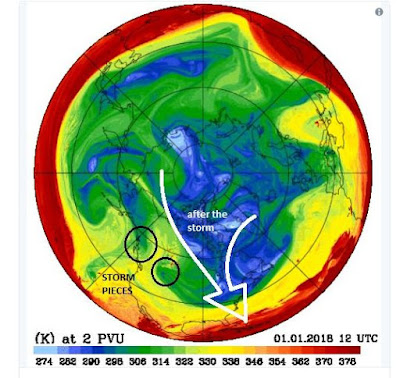 The Northern Hemisphere Kelvin temperature at 2 potential vorticity units (2PVU), 12UTC January 1, 2018.
This plot is taken from the CWG entry linked below. The 2 PVU units refers to the typical separation between the troposphere and the stratosphere, i.e., it is the dynamical tropopause (see here).
*******
The coldest temperatures of the season are then forecasted before conditions finally start to moderate by early next week (by which time the extremely cold weather will just be annoying).
The CWG has the following entry (link embedded) on the storm (but the comment section has already been hijacked by the Trump / GOP Russian Bot Factory): 'Bomb cyclone' to blast East Coast before polar vortex uncorks tremendous cold late this week .
OK, that's all for now. I intend to post another entry later tonight.
--Regulus
Posted by Regulus at 6:12 PM