Saturday Evening Post for Jan. 27th, 2018: The Around Midnight and Not Much To Say Edition 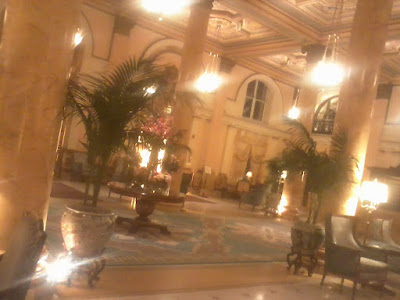 
I'm home watching the MeTV Super Sci-Fi Saturday Night lineup that merges into the Sunday Sci-Fi Red Eye line up. Right now, I'm watching a Star Trek: The Original Series. The episode is "Wolf in the Fold."
Battlestar Galactica is up next -- and it is the very first episode of the 1978 and rebooted 1980 series, specifically, "Saga Of A Star World (aka Battlestar Galactica): Part 1." Last week, the featured episode was "The Return of Starbuck" -- the final one of the 1980 Galactica reboot. 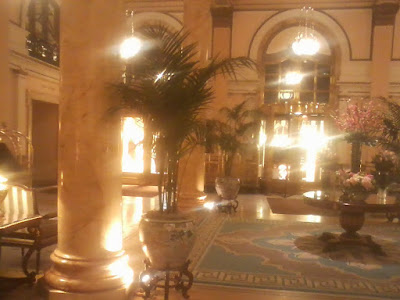 
I made it to the gym earlier but I was only able to do the weightlifting and a pool swim. I arrived there too late to get in a jog. The reason for this is that I slept in ridiculously late (as is my Saturday wont) because I went out last night and drank and spent too much (as is my Friday night wont).
I left the office late -- around 930PM -- and walked from L'Enfant Plaza over to Old Ebbitt Grill, but first I stopped at the Willard InterGalacticContinental hotel bar called the Round Robin for a drink. I then had a bit of dinner and a few more drinks at the Old Bar at Old Ebbitt Grill.
Thereafter, I walked to Trade, where I stopped for an hour or so, and then to No. 9 before heading home. 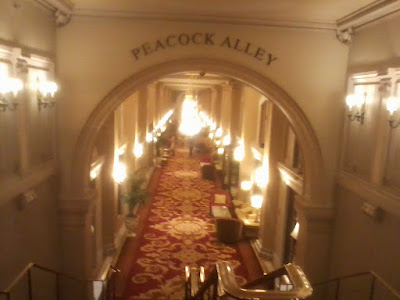 
As for tomorrow, I was supposed to meet my mom at Union Station as she was going to come in for the afternoon on the MARC train and go to lunch, but she is sick tonight so that's probably out.
The weather is mild and overcast. Hopefully, we will get some really needed rain. Colder weather and a chance of rain is in the forecast for the upcoming week but snow is unlikely.
OK, I'm going to end the entry now since I want to post my Jukebox Saturday Night entry before midnight. It is already completed, so I'll have it posted in a minute. My next planned entry will be late Monday or early Tuesday and will probably be a politically-themed one.
--Regulus