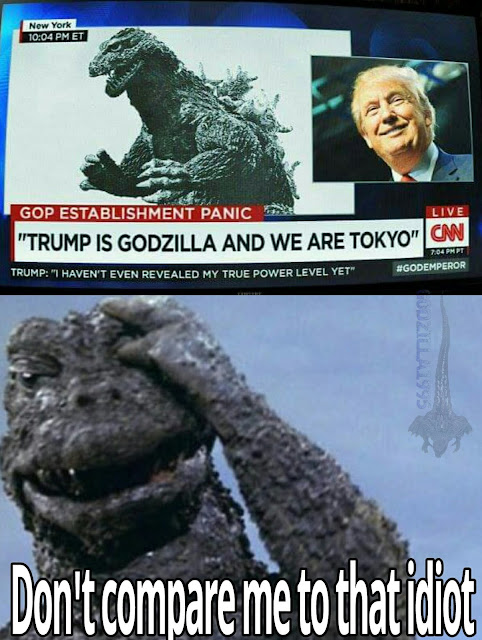 In lieu of a Saturday Evening Post -- since I don't really have much to say -- this entry contains a full reposting of an excellent Jonathan Chait piece on the one-year anniversary of the start of the historical tragi-farce of the Trump presidency.
Except for the lead image and the very last one, it is interspersed with pictures (mostly screenshots I found online) from the 1964 movie Godzilla vs. The Thing -- later rebranded as Godzilla vs. Mothra or, alternatively, Mothra vs. Godzilla.
That film is tonight's Svengoolie-hosted monster movie on Me-TV, and it seems appropriate for the entry.
Following this entry will be a Jukebox Saturday Night entry.
--Regulus 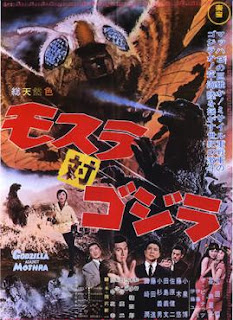 On January 20, 2017, Donald Trump took the oath of office and delivered an inaugural speech that is remembered mostly for being "dark," as an instant media consensus proclaimed, or "some weird shit," as George W. Bush remarked. The passage of a year's time reveals that the speech was something else, too: impossibly grandiose.


While those who oppose the president have debated whether he is criminally complicit in a foreign adversary’s election tampering, or whether he is mentally deranged, the country has lost sight of the standard of success Trump set for himself, which rests quite a bit higher than non-treasonous and dementia-free. Trump presented himself as a populist revolutionary who would reverse decades of decline. His speech reads now as a comic litany of failure. 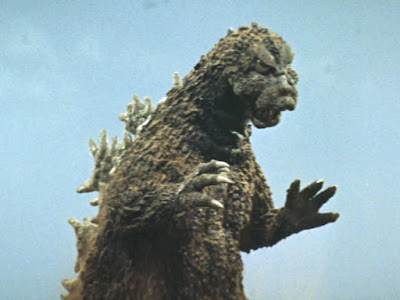 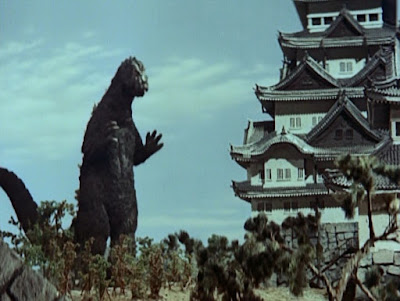 It is true that, since the 1970s, working-class wages have stagnated and manufacturing jobs in particular have disappeared. Trump blamed this development partly on nefarious foreigners. "One by one, the factories shuttered and left our shores, with not even a thought about the millions upon millions of American workers left behind," he thundered. "The wealth of our middle class has been ripped from their homes and then redistributed across the entire world." 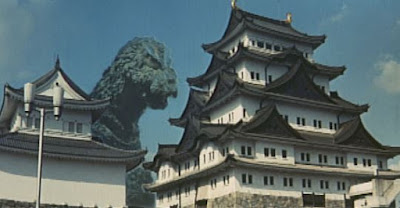 Yet Trump has produced no policy response even remotely proportional to the crisis he promised to solve. There has been no renegotiation of global trade agreements, no strategy to restore American manufacturing to its postwar role. In the meantime, manufacturing employment has continued the slow recovery it has followed since the 2008 crash. 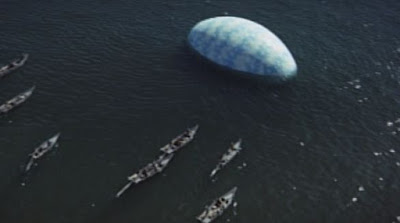 Trump decried "an education system, flush with cash, but which leaves our young and beautiful students deprived of knowledge; and the crime and gangs and drugs that have stolen too many lives and robbed our country of so much unrealized potential." He has proposed no significant changes to K-12 education and has none on the horizon -- unlike his two immediate predecessors, both of whom enacted sweeping education reforms. 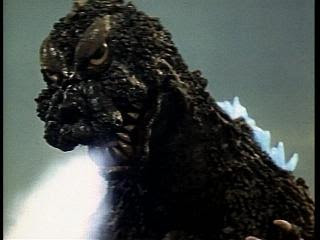 Faced with a true drug epidemic -- the explosion of opioid abuse -- he appointed as "opioid czar" Kellyanne Conway, a former political strategist and talking head on cable news, who has produced no policy response. His office of National Drug Control Policy was being run in part by a 24-year-old former campaign aide. 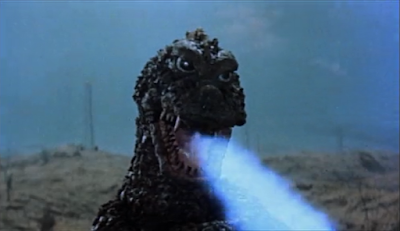 The elegant simplicities of campaign rhetoric -- or, in Trump's case, the brutal simplicities -- never align with the ugly and complex reality of governing. But Trump's presidency has presented an especially jarring contrast, since the rhetoric has borne no relation whatsoever to what followed. It's not that he overpromised but that his promises were fundamentally a con. 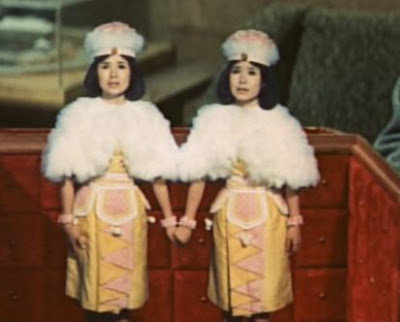 He and his loyalists possessed not the faintest idea how to address the crises he identified, not even a theory that could lead to a detailed response. Trump's program has instead defaulted to the preexisting desires of his party’s ideological and funding base, resulting in a regulatory and tax agenda virtually -- and in some cases literally -- dictated by the business lobby. 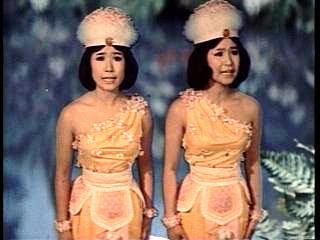 For instance: The federal government will no longer withhold subsidies from for-profit colleges that fail to give their students meaningful skills or educations and saddle their graduates with overwhelming debt. Restaurant owners stand to legally take for themselves tips intended for their servers. Financial advisers will be able to knowingly steer their clients toward investments that benefit the adviser's firm but not the client. 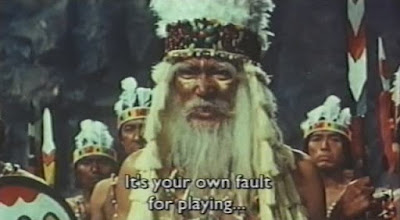 Environmental Protection Agency investigators must now obtain permission (from their fanatically anti-regulation administrator's office) before even asking companies to track the pollutants they emit. Nursing homes and banks will be allowed to force their customers to sign mandatory arbitration clauses that leave them unable to sue if they are abused or cheated. And on and on. The party's political messaging has increasingly consisted of ignoring the costs of these measures (higher deficits, lax regulation of risky or antisocial business activity) while highlighting whatever fractional benefits trickle down to the non-business-owning public. 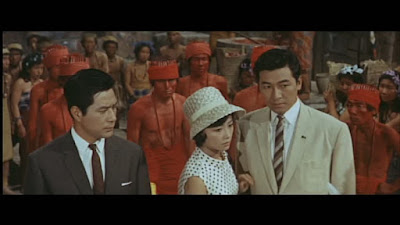 Employment has grown no faster under Trump than it did at the end of his predecessor's term. The economy produced slightly fewer new jobs in Trump’s first year than it did in Barack Obama’s last. The primary evidence of the "success" of Trump's pro-business policies has been to rebrand the essentially continuous conditions of the recovery he inherited as dazzling prosperity rather than bleak misery. 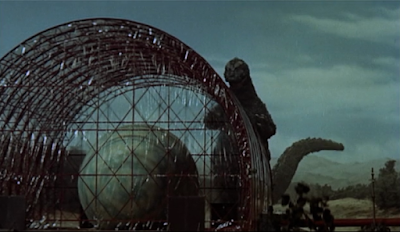 The most telling passage in Trump's address came in his populist attacks on the political class. "Washington flourished -- but the people did not share in its wealth," he said. "Politicians prospered -- but the jobs left and the factories closed. The Establishment protected itself, but not the citizens of our country." 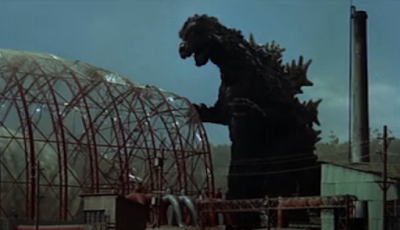 This cynical view of the possibilities of government as a tool for self-enrichment is at best a simplistic description of the Obama years. At worst, it is a false one, given the absence of scandal during that administration. More than anything, we all now know, it was a psychological projection of Trump's own ambitions.

The complete scope of Trump-era corruption is not yet fully known. (In part, this is because House Republicans have quashed votes to compel the release of his tax returns, which would reveal the president’s income sources.) But one year of Trump's Executive branch has already vastly exceeded the sum total of malfeasance in the previous eight. 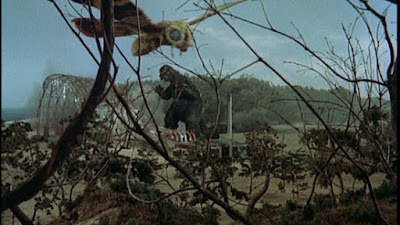 Trump has used his office to win business and favors for the Trump Organization worldwide. His coterie has followed suit. His former national-security adviser secretly collected payment from Turkey while advising him during the transition. His son-in-law pursued a lucrative deal with a state-linked Chinese firm while simultaneously serving as an influential adviser. 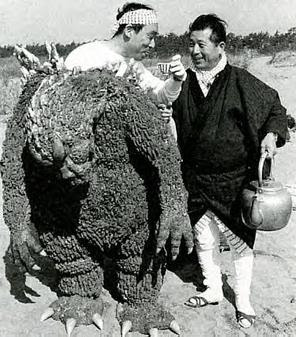 This is a wonderful picture of Haruo Nakajima -- the Japanese actor who played Godzilla in 12 consecutive Godzilla films -- taking a break during filming of Godzilla vs. Mothra to enjoy some tea.
Mr. Nakajima passed away last August at the age of 88.
*******


His Treasury secretary, Interior secretary, EPA administrator, and Health and Human Services secretary have all helped themselves to lavish private-plane travel at taxpayer expense. His inaugural committee raised twice as much as Obama's had in 2009 and has refused to disclose what it has done with the lot. Whatever crimes the Russia investigation ultimately exposes, Trump has made perfectly plain his gut-level admiration for Vladimir Putin's oligarchy as a political and economic model. 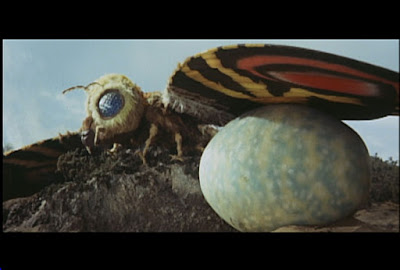 Trump's electoral success depended on decades of built-up dislike for Hillary Clinton, as well as the demagogic possibilities of presenting himself as an outsider possessed of magical deal-making skills. Today, he faces historically low approval ratings and a wave of revulsion that is putting once-safe Republican districts into play. 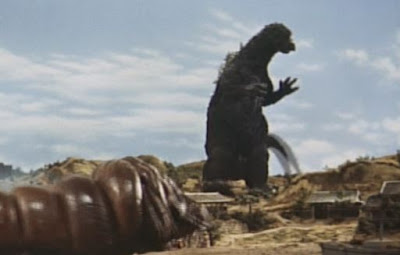 None of this is a surprise: He had no chance to survive the absence of Clinton as a foil, or the necessity of following through with his grand boasts. The con was doomed the day Trump won the election.

In this sense, Trump’s brief political career is a culmination of his business methods. There is an old saying that you can shear a sheep many times, but you can skin it only once. Trump proved that, in fact, you can make a livelihood skinning sheep, as long as you keep courting new sheep. He stiffed subcontractors and lenders only to find new ones, ripped off some investors but then successfully courted less-scrupulous ones, and exploited his biggest fans with scams like Trump University and Trump vitamins. 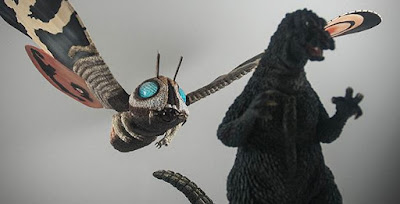 But since winning the presidency, he has nowhere left to go. He is doing the same things he did as a tabloid tycoon -- spraying wild lies, obsessing about his media coverage, threatening to ruin his enemies -- but has run out of sheep. Now what?
*This article appears in the January 22, 2018, issue of New York Magazine.
**********