MLK Day in the TrumpWorld/GOP Dystopia: Some Political Commentary 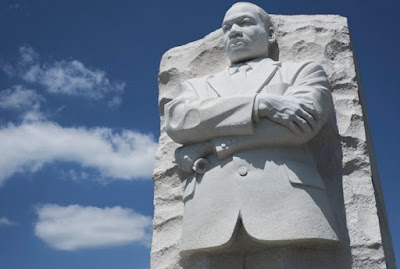 
This federal holiday takes on extra urgency and poignancy during the unchecked reign of this mad syphilitic Emperor Trump, whose racism and white supremacist sympathies are impossible to deny, not to mention his criminality, delusional narcissism, and overall sociopathy -- except in the rightwing infotainment bubble of the Fox News Agitprop Machine, a criminal syndicate of propagandistic media shock troops that together with the older rightwing talk radio empire, have completely hijacked the Republican Party and turned it into a sick cult. 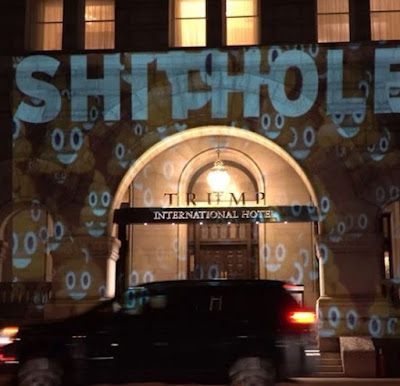 An appropriate projection by political provocateur Robin Bell on the side entrance of the Trump International Hotel here in Washington, D.C., the other night.
*******


Personally, I'm fed up with living in it. Now from a long-term perspective, the good news is that the Fox News viewers -- a.k.a., The Base for Mad Emperor Donald -- are steadily dying out. Every day, more of these aging and/or downwardly mobile, panicked white ethno-nationalists living in their dying Rust Bucket communities simply die off, and not just due to opioid addictions but also because so many of them are so damn old. (Those in the South in their gated McMansion communities are a different set. They aren't going anywhere. But without the Rust Belt, they aren't an electoral majority.) 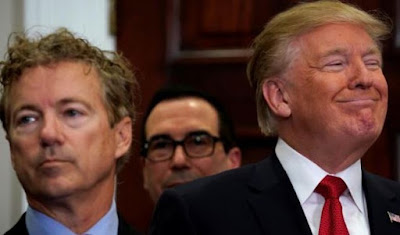 Look at Trump's idiotic smile. Here he is standing next to that little asshole Sen. Rand Paul with that bespectacled wanker Treasury Sec. Steve Mnuchin behind him.
Malevolent lunacy (Trump), libertarian horseshit (Rand), and the tool of Dark Money oligarchy (Mnuchin). Could there be a purer distillation of the criminal syndicate in power now?
*******


This won't help in the short term, owing to massive GOP Congressional district gerrymandering after the 2010 Census; the natural conservative bent of the Senate owing to the fact that rural, low-population, nearly-all-white states have equal representation as the major states; and -- worst of all -- that disgusting slave state institution of the Electoral College that, combined with what Charlie Pierce refers to as the Russian government "ratfcking" of the last election, gave us Donald Trump.
But a start has to be the upcoming midterm elections. 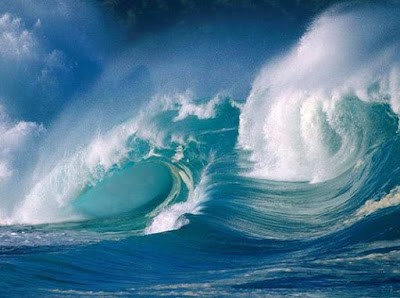 If we don't get a goddamn "Blue Wave" -- a tsunami is what's really needed -- to start taking back the thousands and thousands of local, state, and federal level elected positions that were lost during the Obama years, then the massive gerrymandering of the 2010 Census will remain in place (and maybe even worse) following the upcoming 2020 Census.

About that Census, it promises to be a combination shit-show and unending political trench warfare with the Supreme Court under Roberts, Kennedy, and that vicious asshole Gorsuch being useless, or just enabling further GOP theft. 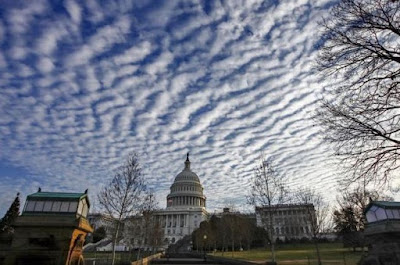 By the way, here is a good -- albeit depressing -- Jonathan Chait -- about how firmly the GOP is now the Party of Trump and how that came about. This is due, in no small part, to the fact that Emperor "Shithole" is giving them their wish-list overclass oligarchical destruction, brutal class warfare, and ecocide. (There were no Charlie Pierce updates today.)
That's today's GOP. 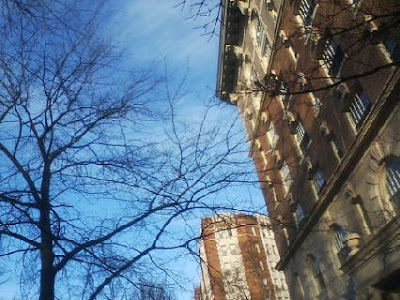 
As for today, I have off from work. I went to the gym yesterday, and I also did my laundry. I am, as I mentioned in a recent entry, very nearly broke until pay day (this coming Friday) but I have enough to get by decently today and then squeak by Tuesday - Thursday.
I won one of those "dining out" cards at the company's after-the-fact holiday party on Saturday night (I have to write about that -- it was something else) at the hotel way out in Tysons Corner (what a strange place that is). It looks like it's good at the Cheesecake Factory. There is one in Friendship Heights, so ASSUMING the card works, I can go there and at least get lunch (no, not a cheesecake). 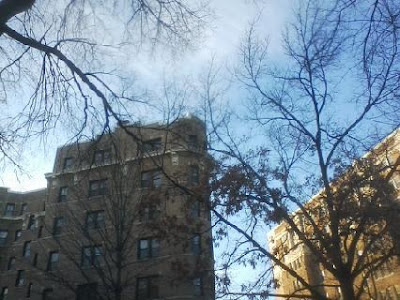 The Brittany and (to the right) the Camden-Roosevelt, Washington, D.C., 4:19PM January 14, 2018.
The Brittany is directly across the street from my building.


It's a partly cloudy, dry, cold day with air temp around 30F. There is a chance of snow flurries today and then accumulating snow -- in the 1 to 2 inch range -- on Tuesday night into Wednesday. Thereafter, a pattern shift to warmer weather is expected by next weekend but we are still running to goddamn dry.
OK, that's all for now.
--Regulus