Next up, something new and nice from Brian Culbertson ...
"Colors of Love" by Brian Culbertson released as a single in 2017 but slated to be the lead song on his soon-to-be-released album of same name (2018)
According to Mr. Culbertson's website, the album Colors of Love is due out on Valentines Day. By the way, I really like the picture of him on his homepage.
*******

And we'll end with one of the great songs ...

"Radio Ga Ga" by Queen from the group's album The Works (1984)
I love this song -- and the lyrics are quite poignant.
The video features clips of the legendary 1927 German expressionist sci-fi film Metropolis and, yes, that is the late, great Freddie Mercury as lead vocalist. 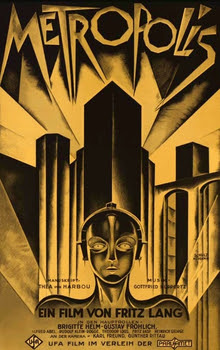 "You gave them all those old time stars / Through wars of worlds - invaded by Mars / You made 'em laugh - you made 'em cry / You made us feel like we could fly / So don't become some background noise / A backdrop for the girls and boys / Who just don't know, or just don't care / And just complain when you're not there / You have the time, you have the power / You've yet to have your finest hour / Radio (Radio)"


OK, that's all for now. My next planned entry will be late Monday (or early Tuesday).
--Regulus
Posted by Regulus at 11:57 PM