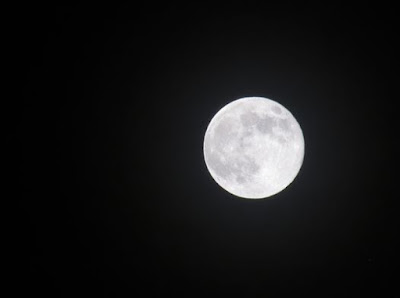 Dazzling Full Moon in a dark sky that I found online.
I posted the above picture since the (nearly Full) Moon is quite beautiful tonight -- dazzling iridescent white riding high in the midwinter starry sky (well, semi-starry from here in the District). There I a full Moon tomorrow night and a lunar eclipse -- the so-called "Super Blue Blood Moon" since several events are coming together at once. 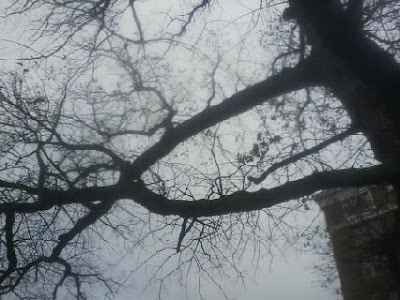 A large oak tree grows in a small, fenced-in rectangular plot between New Hampshire Ave and 17th and T Streets NW, Washington, D.C., 3:29PM January 28, 2018.
There is a tacked up laminated sign on the fence next to the tree proclaiming this the "biggest Swamp Oak in Washington, D.C." Size aside, assuming this is a swamp (white) oak (Quercus bicolor), it means that my guess that it was a chestnut oak (Quercus montana) was wrong. However, just to confuse things, there is also a tree species called the swamp chestnut oak (Quercus michauxii). 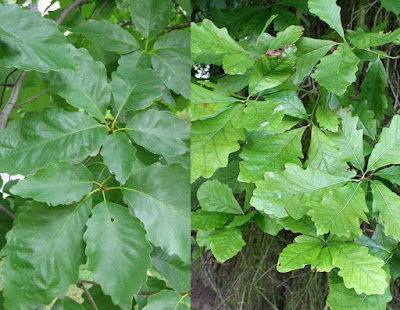 Comparison of the leaves of the swamp chestnut oak (left) and the swamp white oak (right).
*******


The rest of the pictures in this entry were taken on Sunday late afternoon as I walked from my apartment to Dupont Circle -- and then had to go back home to retrieve my HSA card I had forgotten and return to Dupont Circle to the CVS to purchase a prescription -- and then to the Foggy Bottom Circa DC. Thereafter, I stopped at a bar along M Street called 1831 Bar and Lounge, and then I went to Trade before returning home (via No. 9). 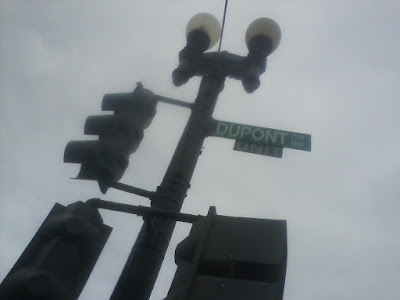 A traffic light and street sign at Dupont Circle, Washington, D.C., 3:40PM January 28, 2018.
The naming convention in the District of Columbia for addresses 1 - 99 are called "unit" block and traffic circles, in general, are "unit" blocks -- thus, technically, not on the "regular" grid numbered out from the U.S. Capitol Building. (Only the addresses within a block of North, South, and East Capitol Streets are "unit" and "on" the grid. There is no West Capitol Street but instead the National Mall -- and no addresses close enough to it for them to be unit numbered.)
******* 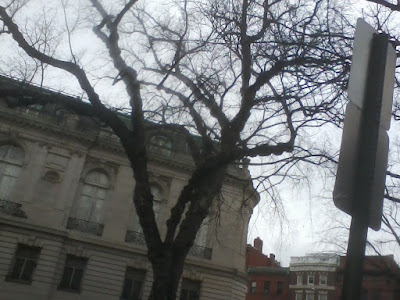 
Home at this late hour from work and the gym on this very cold, brilliantly moonlit night.

I'm now watching the old shows of the late weeknight MeTV line up that can run into the wee hours -- and the really early birds are starting to rouse. Regular readers of this blog (both of them) know that lineup: Carol Burnett & Friends, Perry Mason, The Twilight Zone, Alfred Hitchcock Presents (two episodes), Mannix, and Cannon.

I typically go to bed by the time Mannix ends, but if I stayed up until the end of Cannon, it can be as late as 4AM.

I don't know why but I've gotten to like Mannix -- a show I hadn't even heard of until several weeks ago and 43 years after it went off the air. 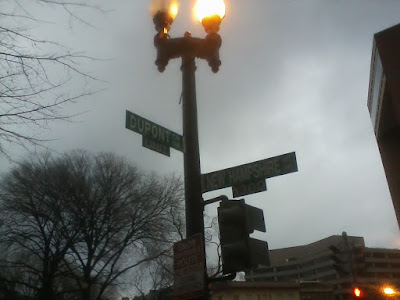 
I was glad to go to the gym to experience what I correctly surmised would be a Trump-Free (and GOP Cult Enabling-Trump) Zone on this the night of the State of the (Dis)Union Address. It will be interesting the situation a year from tonight. However, this entry is not a political-themed one. I intend to post that a bit later tonight.
For this entry, I would like to just like to post a few personal items. First, my mom has been ill since the weekend and with pains that sound like more than a flu. She is going to the doctor tomorrow. Obviously, I'm quite worried about this. I'm also worried that she has been feeling quite down lately.
Ironically, things have been better with my dad lately -- I had a very nice phone conversation with him last week on his 77th birthday.
I'm hoping she comes down on Sunday for lunch. 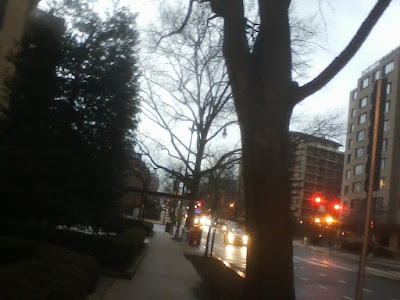 A gloomy, showery evening, 1200 block of New Hampshire Ave NW, Washington, D.C., 4:47PM January 28, 2018.
We had a bit of rain on Sunday but not enough (0.16" at KDCA). Our winter drought remains -- and the advertised snow squalls this morning with an Arctic frontal passage also failed to materialize. We really need to enter a wet pattern by the time spring gets underway.
*******


Well, I guess that's all I really wanted to say, other than that I am home now -- as I mentioned -- and cooking some dinner. For tomorrow, I'll just have an after-work bar visit to Trade and/or No. 9. Thursday night is another gym night.
OK, I guess that's all for now. My plan is to post a second and political-themed entry later, but only if I can get it finished by 3AM, otherwise it will have to wait. 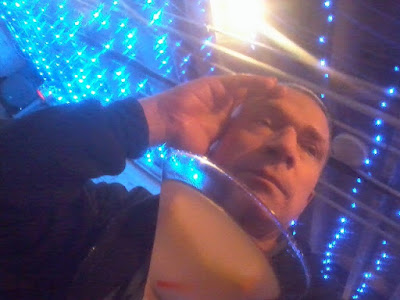 
OK, that really is all for now.
Oh, and despite "initially" posting this entry right before midnight, I didn't actually complete it until 2AM -- so there is simply no way I can post the political-themed one I had planned. That will have to wait a day or two. Besides, it's not like this Trump/GOP dystopia is going anywhere anytime soon.
--Regulus
Posted by Regulus at 11:57 PM