Let's start out with something really nice ...
"Friends and Strangers" by Dave Grusin from his album Mountain Dance (1979)
I know this YouTube version states that this song is from 1980 but I think the album with this song was released in 1979.
******* 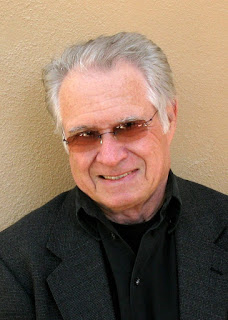 As I wrote when I featured him in this Jukebox Saturday Night edition, Dave Grusin, now 83, is a prolific composer, arranger, and pianist who has produced pieces too numerous to list out here for so many movies and TV shows, and he has won 10 Grammys and one Academy Award for his music. He was composer for The Graduate, On Golden Pond, and Tootsie, among other films


I've featured him in earlier musical entries including this JBSN one and this antecedent FNMI one (both for having written the "Theme to St. Elsewhere" that I so love).
*******

Next up, another really nice piece ...


Finally, let's end with an all-around great song ...
"Born to Run" by Bruce Springsteen from his album of same name (1975)
According to the Keeper of All Knowledge: "Written at 7½ West End Court in Long Branch, New Jersey in early 1974, the song was Bruce Springsteen's final attempt to become successful. The prior year, Springsteen had released two albums to critical acclaim but with little commercial movement."
Long Branch, New Jersey is, of course, my home town -- but that was a lifetime ago. 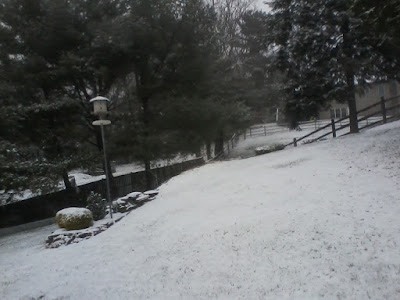 Backyard picturesque snowy view at my coworker's house in White Oak / Silver Spring, Md., 4:07PM Dec. 9, 2017.
I went to my coworker/friend's house for a "White Elephant" holiday party. I'm back home now in my wee D.C. efficiency -- not going to the OTHER "white elephant" party to which I was invited at Jake and Matt's in Arlington, but instead watching my MeTV Super Sci-Fi Saturday night line up.
*******


OK, that's all for now. My next update might not be until late Tuesday (early Wednesday) as I have to finish something at work on Monday that might keep me there late (and thus postpone my gym visit until Tuesday night).
--Regulus
Posted by Regulus at 10:31 PM