December Sailing: A Northwestly Wind-Surfing Alberta Clipper and a Mysterious Interstellar Visitor -OR- Color Me Cold and Curious 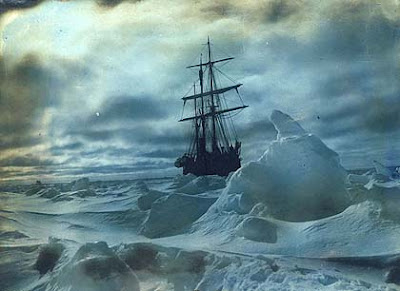 No idea when or where this was taken (or if it's even real).
It is appropriate for this entry, though.


I would like to post more analysis and commentary on Doug Jones's historically important win in Alabama last night -- including this wonderful Charlie Pierce piece -- but it's late as I leave work (nearly 730PM), and I'm tired and feeling a bit under the weather (with a head cold).
Last night was a gym night. Tonight is not.
The weather is also cold and blustery. It looks as though there are snow showers in the region, especially along the Maryland-Pennsylvania line and points north as a clipper system narrowly bypasses the immediate D.C. area. 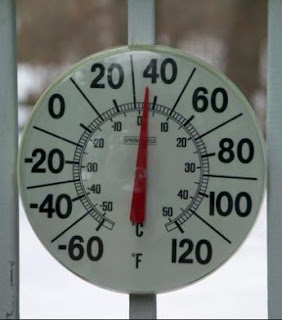 It is cold and dry with temperatures and dew points at the 7PM hour:


The dry air is bothering (chapping) my hands and lips -- necessitating hand cream and lip balm. 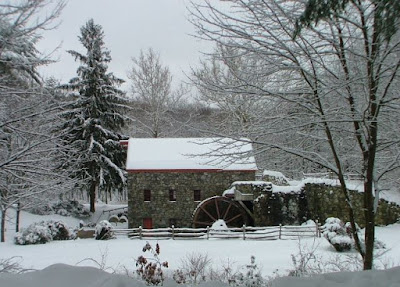 
Here is an excerpt of the Sterling (LWX) area forecast discussion from earlier this afternoon (3:10PM EST):
Weak ridging of surface high pressure is over the area at present, but is quickly moving east. Wind is slowly but surely diminishing as it starts to shift from northwest to south. The system which affected the area yesterday is now over the Canadian Maritimes, while an Alberta Clipper is over northern Illinois heading southeastward.


Tonight, this clipper will move by near or just north of the CWA, crossing eastward along or just north of the MD/PA state line. However, a warm front will advance northeast ahead of it, resulting in significant isentropic lift over our region. While surface air remains dry, the lift looks strong enough to generate some light snow across northern portions of the CWA, potentially reaching DC itself. Model guidance has shifted southward the southern extent of precip, so that while the operational NAM and GFS are still dry in DC, the operational global and regional Canadian, the HRRR, and EC all now bring measurable to DC itself. 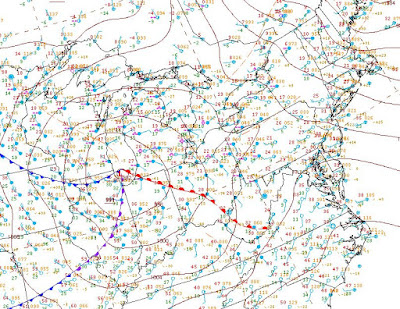 
While the amounts will be light, generally less than 1 inch, and probably less than a half inch in DC if it occurs, with cold ground temps leading into it, the potential for icy/snow covered roads is elevated.
Fortunately, nearly all guidance holds the precip back until after 7PM, so the bulk of the rush hour should stay dry, but as we head beyond 7PM the odds of encountering light snow increase significantly. 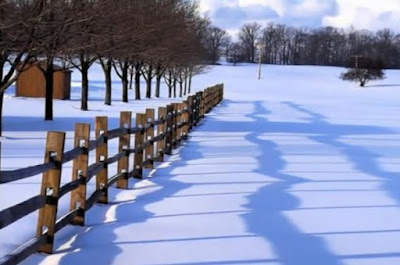 
The period of accumulation across the metro looks quite brief, accompanying the warm advection period this evening, and after midnight we should dry out by comparison. This can`t be said further northwest along the Allegheny Front, where upslope snow showers will continue through the night. Thus, the winter weather advisory for 2-4 inches remains in effect in this region. 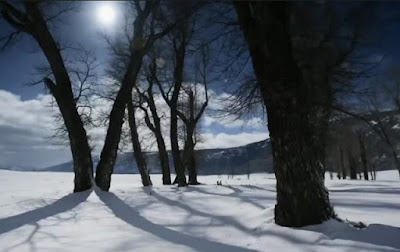 
I should note that while next week should feature a warmup, the period around Christmas -- which is now close enough to be captured by the GFS and its ensembles -- features a return to a cold pattern and potentially an East Coast storm with wintry (mixed) precipitation.
OK, that's all for now. I'm going to try to post another entry later tonight about the mysterious 'Oumuamua asteroidal object believed to be from interstellar space hurtling through (out of) the Solar System and that is presently the object of much interest.
Imagine if it really were an alien space probe -- now basically just on autopilot as it hurtles through this part of the Galaxy. 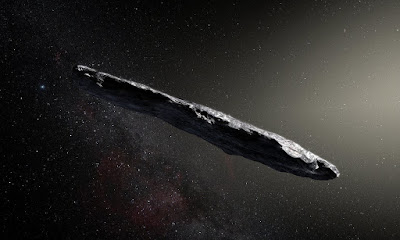 Artist's rendition of the interstellar visitor 'Oumuamua (native Hawaiian for "messenger" or "scout").
*******

Animated gif of the mysterious cigar-shaped object -- pegged at about 200 meters by 30 meters -- as it made its closest approach to the Sun on September 9th and nearest to Earth about October 14th, dropping "in" from above the plane of the ecliptic and getting a huge gravity boost from the Sun that speeded it up to 196,200 mph (54.5 miles per second) and now on its way out -- forever.
Initially thought to be a comet, it is now thought to be a (very oddly shaped) asteroid. Unless it's something else ...
At present, the Green Bank Observatory radio telescope in West Virginia is listening intently to hear if there are any anomalous (non-natural) signals from it.
*******


OK, that really is all for now. By the way, for this entry, I used a series of new hexadecimal codes from the following Wikipedia article on various Crayola crayon colors over the years.