Christmas Eve 2017: It's An OK Life (Except for This Living In TrumpWorld Reality Thing) 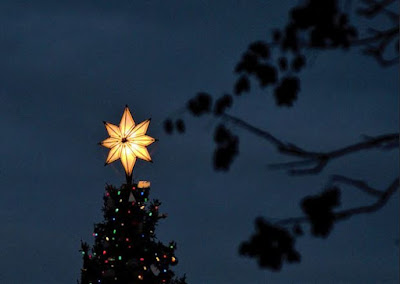 
(I don't have many pictures for this entry.)
Christmas Eve.
I'm here in Glen Burnie.
Yesterday (Saturday) was a good day. I took the train up from Union Station at 1230PM -- although I got up too late to take a shower / shave since I had gone out the previous night -- and met my mom at Odenton. We went to Adams Grille in Severna Park and then she dropped me off at Lynda's place in Millersville. 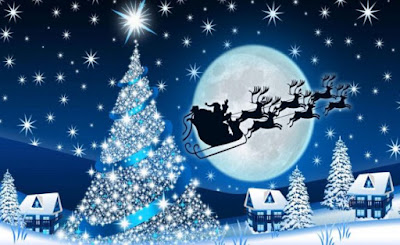 Lynda and I went to high school together (graduating the same year) and then were at St. Shitty's -- I mean, Mary's -- College for a period of time (until I departed there).
As a result of some very-teenage-related issues involving one of her three children, we stayed at her place for a few hours. (I really like the family dog "Winter"). 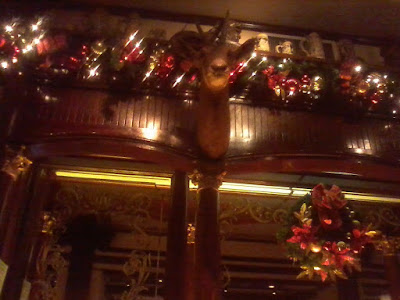 
It was a gray, showery, windy, borderline warm day (high temps reaching in the 62F to 65F range. By early nightfall, squally downpours swept across the area -- although KDCA managed to get less than the other airports. (More on the weather below.)
Lynda and I went to the Westfield Annapolis Mall. It was mobbed and chaotic. Later, we went into Annapolis proper and to Middleton Tavern. (The plan was to go to O'Brien's, but in the bar area where we were going to sit, the TVs were tuned to a football game with the volume blaring, so we instead went to Middleton Tavern.) 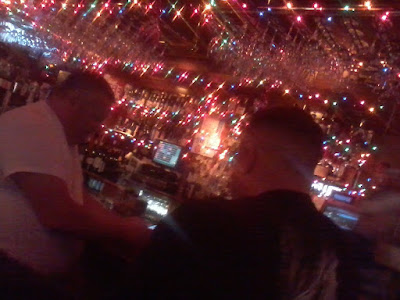 
We sat downstairs in the bar area and had dinner (and I had a couple drinks). We then went upstairs where are both the restrooms and a small piano bar where a man was performing. (While there, I had a nice chat at the small bar with a man named Chris.)
The really odd thing was that a guy dressed up as a woman came in with another guy -- a gay couple. In D.C., this would be nothing of note, but we were in very conservative Annapolis what with its mixture of Naval Academy types, the ultra-rich yachting set, and the south (Anne Arundel County) rural and vestige farm population, and it quite surprised me.
Lynda drove me back to Glen Burnie later to my mom's apartment.
Oh, yes, Lynda took a few selfies of her and me that she posted on her Facebook page -- and, apparently, some of my high school classmates with whom she is Facebook friends "immediately" recognized me (after nearly 30 years).
Today, my mom and I went to the Rusty Scupper for Christmas Eve dinner, although we got there at the tail end of the Sunday buffet brunch was still going -- with everyone feeding from the food troughs. Soon, that ended and that crowd left and the regular menu kicked in.
We drove up to Baltimore and back via Ritchie Highway. Of note, the Hanover Street Bridge, a.k.a., Vietnam Veterans Memorial Bridge, is literally falling to pieces. The road is almost too pot hole-pockmarked to navigate at regular traffic speeds, and the entire structure is within a few years of being structurally unsafe.
It's symptomatic of the shape that Baltimore is in. The bridge desperately needs to be massively repaired -- or simply replaced outright. Perhaps Trump's bogus-garbage "infrastructure" spending will help. Yeah, right.
As for Baltimore, in the spirit of Christmas and the Holidays overall, I've decided not to say what I am thinking and feeling about that city other than that it is a fucking basket case, historical tragedy, and American shame. (Yes, I've gone quite off Baltimore in the past year or so.)
As a brief political comment ...
Living in the TrumpWorld reality, it wouldn't be Christmas -- or any time of the year -- without the Vulgar Talking Yam spewing out some hateful and/or incoherent garbage that titillates his atavistic #MAGA! "base" and that is biogas fuel for the Fox News Infotainment Agitprop Machine.
OK, back to my personal narrative entry ... 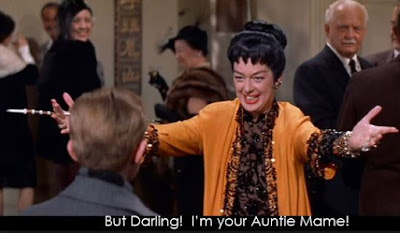 A short while ago, we watched (on a DVD) the great movie Auntie Mame starring Rosalind Russell. My mom had not seen it previously. For tomorrow, the plan is to have Christmas dinner here in the apartment and -- other than possibly visiting Ray's grave in Crownsville -- staying in all day and watching at least one of the all-day TNT showings of A Christmas Story.
For tonight, the plan is to go to a Christmas Eve church service at the latest church my mom is attending -- Glen Burnie United Methodist.
Turning to the weather ...


The day was an overcast one with seasonable temperatures -- highs in the middle 40s Fahrenheit -- with some light showers this evening.


A powerful cold front is forecasted to blast through the mid-Atlantic in the wee hours later with scattered gusty rain showers that could turn to snow showers even in the immediate D.C. and Baltimore areas, although the accumulation chance is remote-to-nonexistent. There is a wind advisory for the region beginning around 3AM and lasting into tomorrow afternoon.

Yesterday (Saturday) was a warm and stormy one for the time of year. Daily highs and departures from normal daily highs for Dec. 23rd were:

Note: KDMH does not yet have a full 30-year normal base period.

None of these were daily record highs nor were any of the daily lows record high minima for the date.


There were scattered rain showers during the day that turned into a period of squally downpours in the 6PM to 8PM period as a frontal system passed through. Daily precipitation totals for Dec. 23rd were as follows: 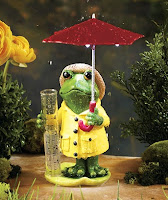 
We are below normal on precipitation for December and well below normal for climo fall (since Sept. 1st).
For the rest of the week, it is forecasted to be dry and cold with below normal temperatures. The GFS and Euro models had been suggesting a major snowstorm this coming Thursday - Friday, but that feature has disappeared in more recent runs. But it is forecasted to be quite cold next week with highs perhaps not even reaching freezing through New Years Day. 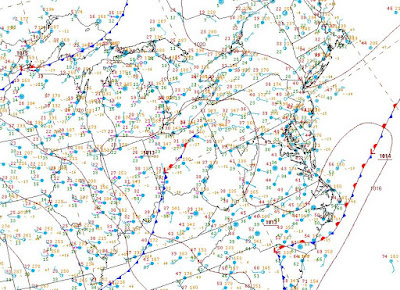 
OK, that's all for now. I'll try to post an entry tomorrow but it might not be until late Tuesday / early Wednesday. I'm taking the MARC train back on Tuesday morning and will go straight into the office. Tuesday night is a gym night, so any entry would be thereafter.
--Regulus
Posted by Regulus at 10:16 PM