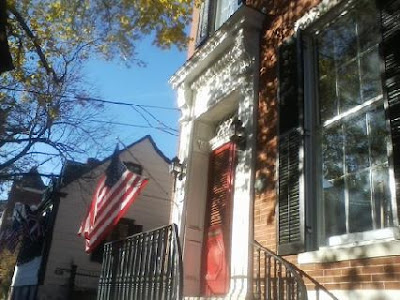 Exterior of 515 Prince Street, Alexandria, Va., 2:34PM November 26, 2017.
George Washington (yes, that one) is somehow involved in this plot of land -- if not the actual structure. You can't swing a tri-cornered hat hitting something like that in Old Town.
I took a solo walk on Sunday (my birthday) from King Street Metro down to the Potomac waterfront and thence -- after a nice lunch at Vola's Dockside Grill -- up the Mount Vernon bike trail to National Airport, where I cut the walk short as it was already dark. (I had a 45-minute phone conversation with my dad in Florida while on the bike path.)
******* 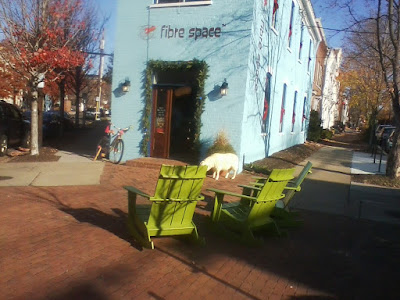 
I'm really sorry for a lack of meaningful updates the past several days. I wanted to post something last night after I got home from the gym, but it took a while to make dinner and I ended up getting caught up in the late night MeTV line up of shows -- and then was so tired, I just needed to go to sleep. 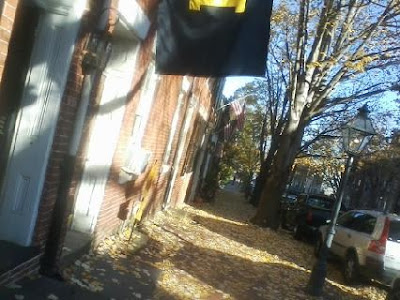 
Tonight is a non-gym night. I'm still here at work late (quarter to 8PM), but I'm leaving shortly. I'm going to stop at one of my usual two places (most likely Trade). I should be home around 1030PM, but the odds that I'll be able to post an entry -- including the two I have in draft -- are iffy at best. 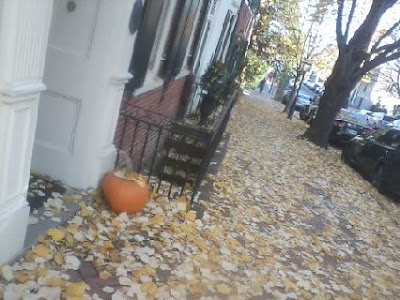 Another view of the sidewalk, 200 block Prince Street, Alexandria, 2:40PM November 26, 2017.
There were a boatload of pumpkins on or by the stoops of the Colonial era, super-duper expensive row houses along Prince Street.
******


It's not like there aren't numerous things I want to say -- and not just commentary on the latest Trump / GOP atrocities against humanity and nature. Those are a given. I read Charlie Pierce and Jonathan Chait daily plus Vox and Slate. That bizarre thing that that O'Keefe amoral pussy tried to do with the Washington Post is just hilarious -- but it won't make any difference. He's got the very deep-pocked sugar daddies, Fox News, and the rubes with him. That's all you need.
Too many closed epistemologically-closed infotainment bubbles. 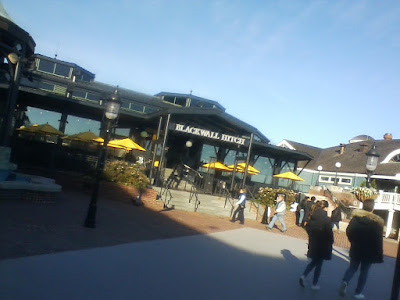 Old Town Alexandria marina/waterfront, Alexandria, Va., 2:46PM November 26, 2017.
I was going to try that Blackwall Hitch place but it was still serving Sunday brunch, which I most definitely did not want. The next door Chart House is obscenely overpriced. So instead I went to Vola's -- which, it turns out, has been there for about 18 months, except I never noticed it.
******* 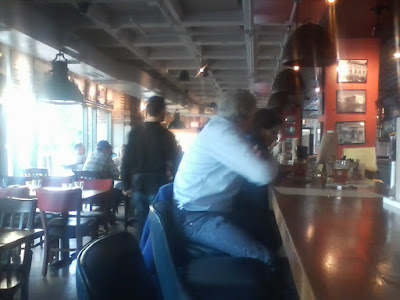 Inside Vola's Dockside Grill, Alexandria, Va., 3:35PM November 26, 2017.
It's a nice restaurant -- reasonably priced, good food, and an attentive and friendly staff including at the bar where I sat. Here is the website for it. (It includes a gallery of long-ago pictures of Old Town.)
*******


Trump and his thuggish but breathtakingly incompetent gangster-ocracy are worse than ever in literally an infinity of ways while the cult-like GOP remains his ultimate enabler. That abortion of a tax giveaway to billionaires, corporate oligarchs, and Dark Money GOP donors everywhere at the expense of Trump's very own voters is on its way to passage. The Alabama Senate race will have no surprises despite having a lunatic child molester on the Republican side. In fact, that seems to be a plus down there (as long as the person isn't a Democrat). Oohh, and that Mick Mulvaney character -- he looks like a half-aborted crow that made it to adulthood. More to the point, he's hideous on the inside like anyone associated with Trump. 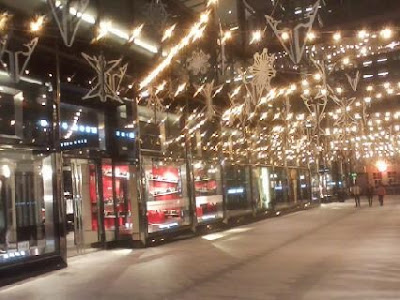 
There is also the weather, which is presently in a completely "weatherless" mode -- just sunshine and warmish temperatures for this time of year (highs in the 60s Fahrenheit including 61F at KDCA and 63F at KBWI). However, there is the prospect of a major pattern change to a colder and stormier one that could happen in about 7 to 10 days, but I'm not going to bet much on that. 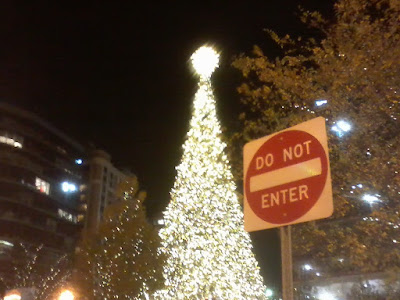 An brightly illuminated outdoor Christmas tree at the edge of CityCenterDC, Washington, D.C.,
6:17PM November 26, 2017.
I had taken the Metro to Gallery Place / Chinatown and walked to Trade, where I met Fred.
*******


OK, that's all for now. Again, apologies for the paucity of entries this week.
--Regulus
Posted by Regulus at 9:00 PM