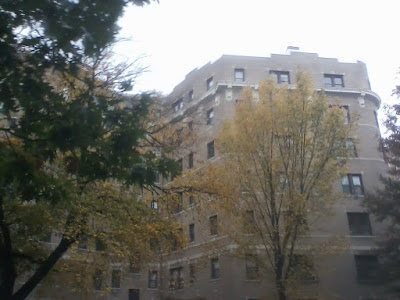 
Home at this late hour watching the Super Sci-Fi Saturday Night line-up on MeTV line up.
The Svengoolie-hosted movie was The Deadly Mantis, which was shown back in May 2014 as referenced in this entry. 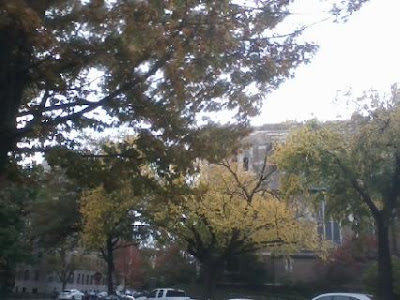 Right now, it's Star Trek: The Original Series (with the remastered special effects), specifically, the episode "Who Mourns For Adonais?"

I don't really like this episode since I think it a shame that the Enterprise crew succeeds in killing off the "god" Apollo when he offered them paradise -- if they just worshiped him. Seems a waste. Well, that and he's attractive. The actor who plays Apollo is Michael Forest.

Thereafter, it is Battlestar Galactica ("Take the Celestra") and three rather than two episodes of The Outer Limits ("The Duplicate Man," "Counterweight," and "The Brain of Colonel Barham") followed by Lost In Space ("Deadliest of the Species").


Why three episodes of The Outer Limits?? 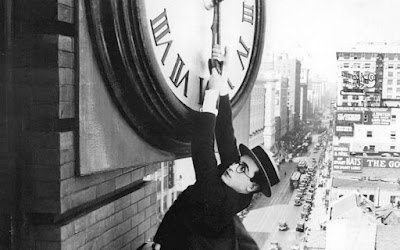 Because tonight is the night of the year when the United States exits the annual scam of daylight savings -- er, correction, saving, no "s" -- time to revert to standard time. DST now stretches for 8 months of the year. So 2AM becomes 1AM again.
Earlier, I went to the gym. Last night, I went to Old Ebbitt Grill with Andrea and later to Ted's Bulletin. 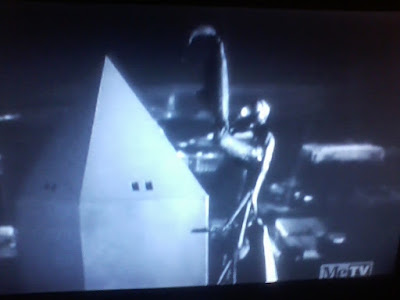 Screenshot from The Deadly Mantis of the giant praying mantis climbing up the Washington Monument.
******* 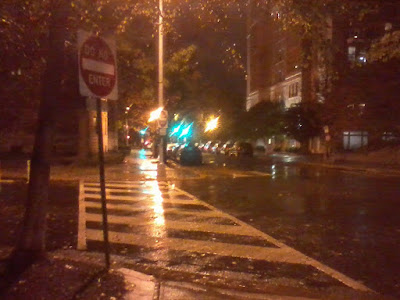 
As explained by the 8:25 PM Sterling (LWX) area forecast discussion:
Cold air damming is in place across the region tonight with cool low level northeasterly flow being overrun aloft by warmer southwesterly flow. This combined with a weak upper level disturbance and an approaching warm front has led to an organized area of rain that will continue progressing northeastward through the region this evening and first half of the night.
Some radar imagery:


The widespread rain will push eastward and be largely out of the area by 1-2 AM, but abundant low level moisture with CAD set-up will lead to low stratus, areas of light rain and drizzle, and some fog through the remainder of the overnight and into Sunday. Temperatures hold steady or slowly rise during the overnight, with lows from the mid 40s to low 50s.


For tomorrow, I am having lunch with my mom at Union Station (probably at Uno's), and thereafter, I'll probably go to Trade in the evening.

Looking ahead to the work week, the Veterans Day federal holiday is Friday, and I am taking off Thursday. I have arranged for a three-day trip to Chicago -- staying in a hotel in the Magnificent Mile area -- where I am meeting Chris. (He is flying in from Atlanta.) That being the case, I almost certainly won't be posting my two regular Saturday night postings until Nov. 18th. 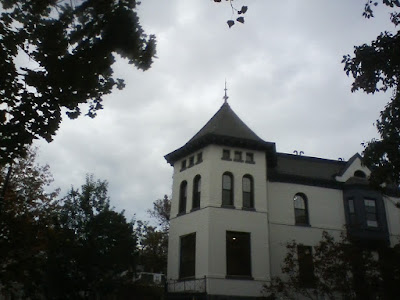 Corner house at Florida Ave and W Street NW, Washington, D.C., 4:12PM November 4, 2017.
This house has been under major renovation, and there is a sign in the postage stamp-sized yard referring to it as the "Meridian West," since it is just southwest of Meridian Hill Park.
*******


For Monday - Wednesday, I need to finish two more of the SEP financial monitoring reports (client work) and also put together the monthly progress reports (company work but for the client). (I'm behind on the SEP reports.) I also intend to go to the gym on Monday and Wednesday nights. My next planned entry will be late Monday or early Tuesday. 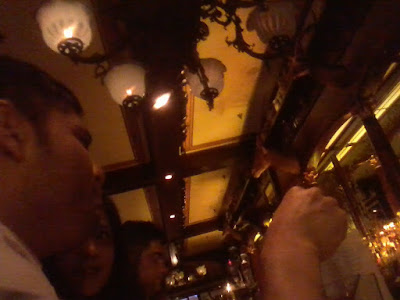 
OK, that's all for now. For later tonight, I may work on my long-delayed South Carolina Eclipse Trip entry.