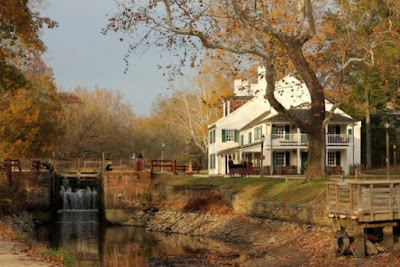 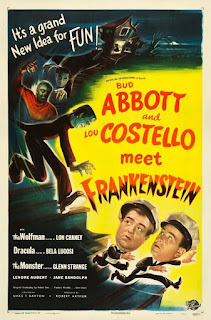 
Star Trek: TOS is on at 11PM and then Battlestar Galactica (the 1978 series) at midnight followed by two back-to-back episodes of The Outer Limits and then Lost in Space, although I'm not sure I'll stay up that late.
The Star Trek: TOS episode is the outstanding one "Mirror, Mirror."
While in Chicago, Chris explained to me that the 1978 series contained a lot of Mormon eschatological themes.
Update: Correction: MeTV is now showing the Galactica 1980 series. 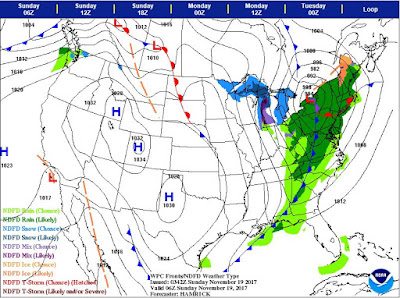 
It is a windy, rather mild mid-November night ahead of a strong frontal passage. There are some showers across the region but nothing widespread. There is a bit more rain back across the Appalachians with the front itself back over the Ohio River valley. 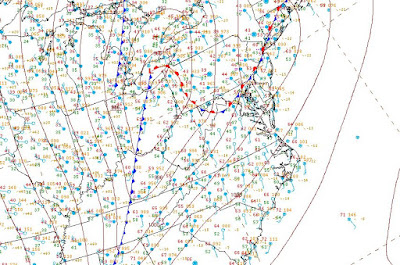 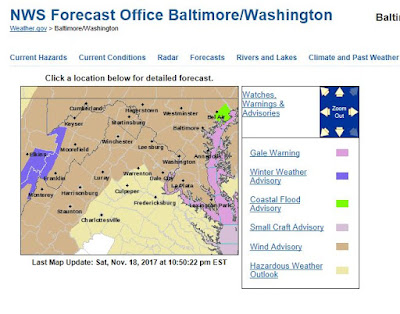 
The 11PM temperature at KDCA and KBWI is 62F while KIAD is at 61F. There is a wind advisory in effect beginning at 4AM and running through 3PM Sunday for wind gusts behind a cold front to 50 mph. Tomorrow will be a mostly sunny but brisk day.
The upcoming week ahead of Thanksgiving is forecasted to be seasonably chilly and tranquil -- just partly cloudy with highs 50F to 55F and lows 35F to 40F. 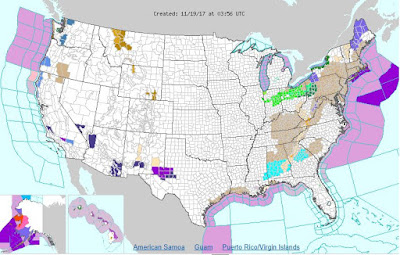 NWS U.S. weather advisories as of 0356UTC Nov. 19, 2017.
This is without the legends for the various advisories. There's a boatload over them over portions of western Alaska and the adjacent waters -- on the seas, all kinds of storm warnings and on land blizzard warnings.
*******


As for today, I made it to the gym and got in a treadmill jog and weightlifting plus a quick swim. Last night, I had dinner at Baan Thai and then went to No. 9, Trade, and back to No. 9. I actually met a fellow named Chris who used to be a bartender at JRs way back in the early 2000s. He was in D.C. for a few days. It was very nice to meet him after all these years. 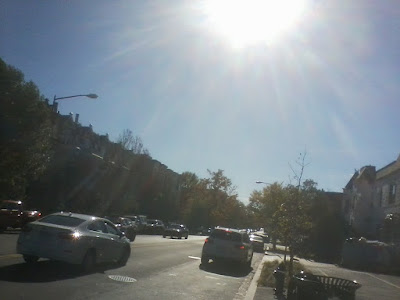 
I slept today -- until about 3PM. For tomorrow, I'd like to take a walk in the bright, gusty fall day -- maybe in Alexandria or Arlington. I haven't done that in a while. 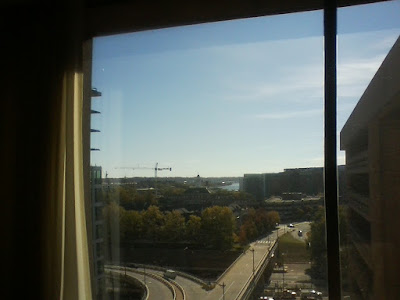 
OK, that's all for now. I really don't feel like starting on any other topics right now. My next planned update will be late Monday or early Tuesday. Jukebox Saturday Night entry to follow momentarily ...
--Regulus
Posted by Regulus at 11:54 PM