Jukebox Saturday Night for Nov. 25th, 2017: The I Think I Love You David Cassidy Remembrance Edition Plus Anita's Mystery & Nicky's Running Around Again -- All While I'm Turning 48 🙁

"Mystery" by Anita Baker from her album Rapture (1986)
You never can go wrong with Anita Baker.


As for Rapture, as the Keeper of All Knowledge states: In 1989, Rapture was ranked #36 on Rolling Stone's list of the 100 greatest albums from the 1980s. In retrospect, AllMusic's Alex Henderson said, "Rapture's tremendous success made it clear that there was still a sizeable market for adult-oriented, more traditional R&B singing."
*******

"Running Around Again" by Nicky Holland from her self-titled album (1991)
The YouTube page from which I took the embedding code for this song states the following: 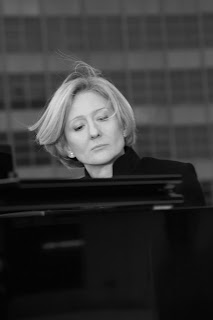 "This [song] and Lady Killer' both got heavy airplay back in 1992 on WLVE Love 94 in Miami, Florida. Nicky toured with Tears For Fears as a keyboard player and wrote songs for Oleta Adams."

I couldn't find a Wikipedia webpage for Ms. Holland -- only this Twitter page (the Facebook one wouldn't load). However, it appears she released an album entitled Nobody's Girl earlier this year based upon this review.


Finally, given the sad news of his passing this past week, it's only fitting that we end with this happy piece that was and forever will be his signature song ...
"I Think I Love You" by David Cassidy and The Partridge Family from album The Partridge Family Album (1970) 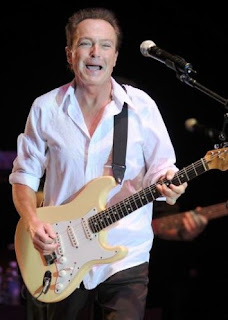 Yes, David Cassidy of The Partridge Family fame died this past Tuesday (Nov. 21st) at the age of 67 from liver failure even as he was suffering as well from kidney failure and dementia. He died the same week as the great Della Reese and the evil Charles Manson. (Reese and Manson both died on November 19th.)

David Cassidy performing in Miami in 2012.


I don't even like having to put Manson's existence -- let alone his death -- in the same sentence as those of Cassidy and Reese.
Interestingly, both the Washington Post and the New York Times main obituary articles for Cassidy used the same 1974 photo of him holding an umbrella on a rainy day in Paris: 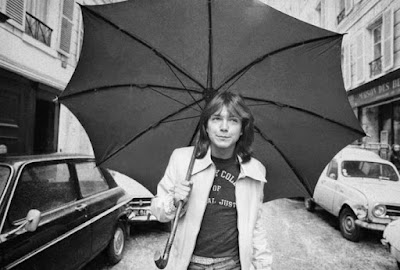 By the way, that Post obituary for David Cassidy was really awful -- focusing heavily on how miserable he felt in the mid-1970s when he achieved such incredible fame, referencing his multiple marriages, stating that a "complete list of survivors was not immediately available," and ending with a quote from Cassidy given in a 2006 Times of London interview in which he said he goes around in a hat and glasses to avoid being recognized and exist in society "without being a freak."

Screw you, Harrison Smith, you Grim Reaper of a journalist.
The New York Times obituary -- linked here -- is much better.
Above: This is the clip from one of the episodes of The Partridge Family when the TV family group sang the song. In point of fact, the song -- written by Tony Romeo -- was only sung by Cassidy and his costar, Shirley Jones. (You mean, not even Susan Dey was singing??) 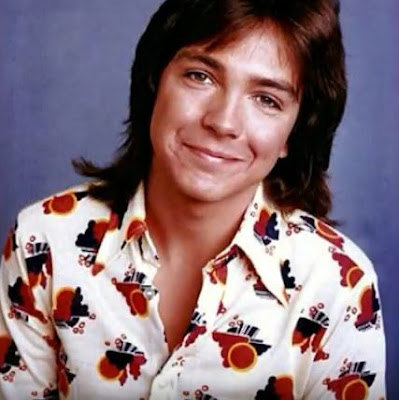 About that, I remember watching The Partridge Family back in the 1970s (when I was about 5 years old) -- and my stepfather, Ray, telling me that the other family band members weren't really singing, a concept I couldn't understand since they seemed to be singing ...
Anyway, my favorite part of the song: 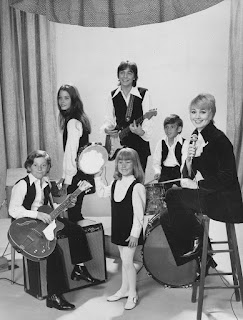 Believe me,
You really don't have to worry.
I only wanna make you happy.
And if you say "Hey, go away," I will.
But I think better still I'd better stay around and love you.
Do you think I have a case?
Let me ask you to your face:
Do you think you love me?


OK, that's all for now. I've decided to refrain from a Saturday Evening Post update since tomorrow -- Sunday, Nov. 26th -- is my birthday, and I'd like to post an entry instead then.