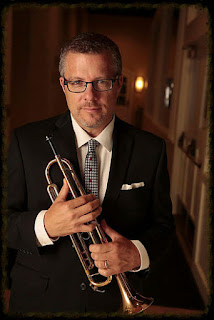 I featured another song by Tony Guerrero from the same album back in this February 2017 JBSN edition.

Mr. Guerrero has had a prolific career. According to his website biography, he has appeared on about 200 albums either on the production side as producer, composer, or arranger or as a musician performing on either trumpet, flugelhorn, piano, and guitar, among other instruments.


And let's end with something old school disco fun ...
"Kung Fu Fighting" by Carl Douglas from his album Kung Fu Fighting and Other Great Love Songs (1974)
Actually, the song was originally released as a single that year. As described by the Keeper of All Knowledge, the song was released at "the cusp of a chopsocky film craze and rose to the top of the British, Australian and American charts."
Chopsocky! Now there's a great word.


OK, that's all for now. Please see my previous entry for an update.
--Regulus
Posted by Regulus at 11:55 PM