Happy Birthday Mark Twain & Jonathan Swift: "We've all climbed aboard Huck's raft only to find ourselves beached in the land of the Yahoos" 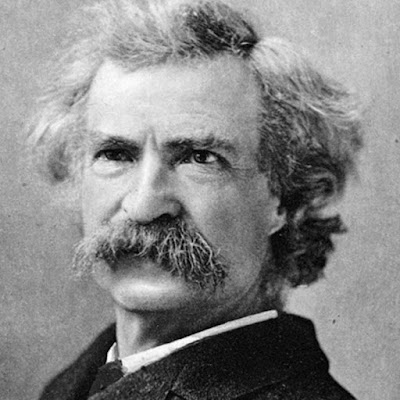 From this Charlie Pierce piece on the abortion of a "tax bill" that the GOP is ramming through at near-light speed that sends trillions of dollars of national wealth upwards to Dark Money oligarchs and corporate interests while implementing a rightwing wish-list of social engineering that will radically reshape American society -- while our mentally ill president spews lies to the downwardly mobile white ethno-nationalistic rubes (i.e., his base) that he and his spawn won't benefit wildly.
These are lies fed to them by the vast rightwing political/media ecosystem to include Fox News, hate radio, and Breitbart American yahoo-fascism. 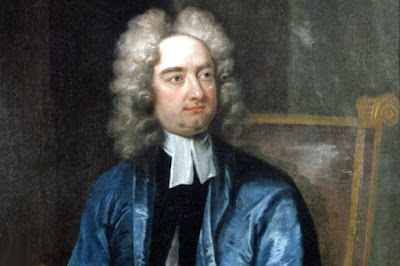 Excerpt (including spot-on Gulliver's Travels citation to start it):


"I desired that the Senate of Rome might appear before me in one large chamber, and a modern representative, in counterview, in another. The first seemed to be an assembly of heroes and demi-gods; the other, a knot of pedlars, pick-pockets, highwaymen, and bullies."
-- Jonathan Swift, Gulliver's Travels


November 30 happens to be the birthday shared, 150-odd years apart, by Jonathan Swift and Mark Twain. If some wealthy and interested soul wants to start a campaign to have November 30 declared an International Day of Righteous Scorn in their honor, I'm willing to chip in a pittance...
And, finally, getting back to Washington, there's promising new Batman villain Steve Mnuchin, who has assured us that he has an analysis showing that the Abomination of Desolation will bring upon us a golden age of jobs. As The New York Times reports, however, there’s one problem with this analysis. It may not exist. Or, as the Times delicately puts it, the analysis "proves elusive." As does Sasquatch.
Within this Pierce piece is the following New York Times article excerpt: 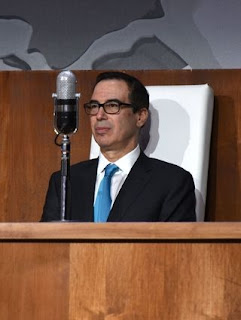 Mr. Mnuchin has promised that Treasury will release its analysis in full. Yet, just one day before the full Senate prepares to vote on a sweeping tax rewrite, the administration has yet to produce the type of economic analysis that it is citing as a reason to pass the tax cut.

Those inside Treasury's Office of Tax Policy, which Mr. Mnuchin has credited with running the models, say they have been largely shut out of the process and are not working on the type of detailed analysis that he has mentioned. 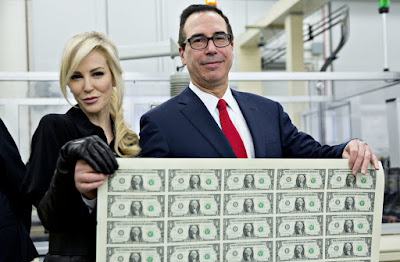 An economist at the Office of Tax Analysis, who spoke on the condition of anonymity so as not to jeopardize his job, said Treasury had not released a "dynamic" analysis showing that the tax plan would be paid for with economic growth because one did not exist.
Conclusion of the Pierce piece excerpt:


Thus, then, do we celebrate the birthdays of the Dean and the Old Fella. May their spirits walk among us, and may they do so soon, because we've all climbed aboard Huck's raft only to find ourselves beached in the land of the Yahoos. 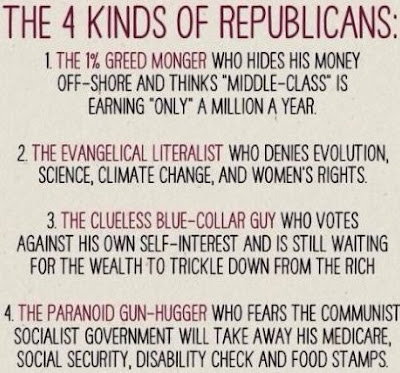 A few other pieces of note on this topic (links embedded): 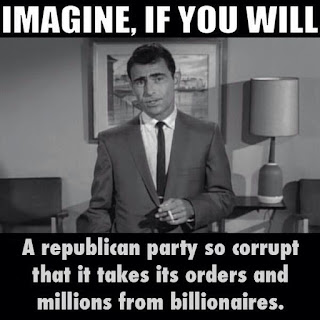 Jonathan Chait: How the GOP's Contempt for Democracy Will Pass Trump's Tax Cuts


The Chait one explains the delves into the far-right libertarian billionaire's lunatic tendency to compare the estate tax to the Holocaust of European Jewry, and why this degenerate belief dovetails well today with Paul Ryan-esque GOP orthodoxy.
OK, that's all for now. I just want to get this piece posted before midnight -- and the arrival of December 1st.
--Regulus
Posted by Regulus at 11:57 PM