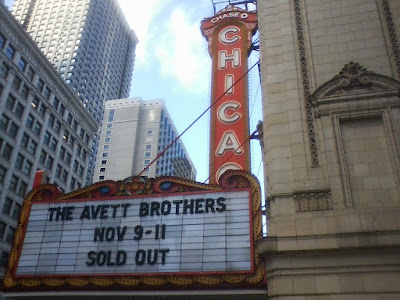 
This is just a brief morning update on my last day here in Chicago.
So, yes, I have free Wi-Fi here in the hotel -- the Inn of Chicago -- but I just didn't have an opportunity to post any entries while here.
It was a fun trip -- especially doing it with Chris -- even if we spent a disproportionate amount of time doing certain things (e.g., getting deep dish pizza, walking up and down North Michigan Avenue in the Magnificent Mile area, and visiting the Lucky Horseshoe male dancer bar in Lake View / Boystown) and not other things (e.g., visiting museums and enjoying the architectural and cultural treasuries of this overwhelming and amazing city). 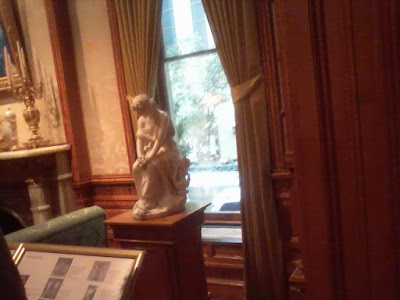 
We did go to the Driehaus Museum, which was quite something to see. And we went to the Signature bar atop the John Hancock Center (in lieu of going to the 360 Chicago observatory) on Thursday night with the spectacular view of the Chicagoland area (see image directly below). 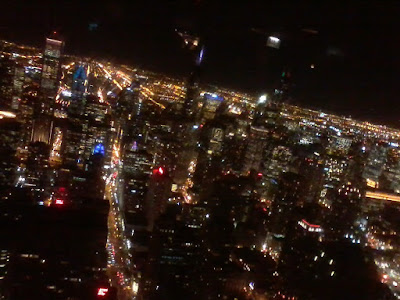 Nighttime view of downtown Chicago from the Signature Bar on the 96th floor of the John Hancock Center, 6:41PM, November 9, 2017.
This is one of three such blurry images I took -- but you can still get a sense of the view.
*******


It snowed here on Friday morning with about an inch or so. It was actually a lake effect snow (courtesy an easterly component to the wind behind a frontal passage). The rest of the time was mostly cloudy to overcast.
I saw my friend Amanda on Friday night for a bit and that was very nice.
Oh, and I must have had about 100 text exchanges with Tim, who is originally from the Chicago area and whose parents and siblings still live here. 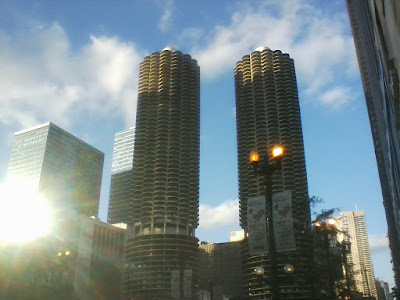 
So the trip is over. I already said farewell to Chris last night. He returns to Atlanta later today. I won't see him for a while.
My flight out of O'Hare is at 3:10PM -- and I need to walk to the Blue Line CTA station (Washington) and then ride 45-minutes to the airport -- so I need to leave here in about an hour. Assuming no delays in getting back to D.C., my plan is to post an entry tonight. I took about 40 pictures in all.
OK, that's all for now.
--Regulus
Posted by Regulus at 12:04 PM