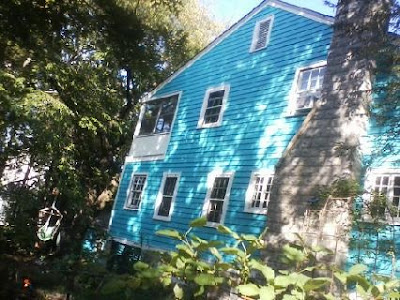 
I've decided to postpone the entry on the kilonova findings announced this week to Saturday night when I plan to be home watching the MeTV Super Sci-Fi and Sunday Red Eye lineups. That seems more appropriate -- and I'll have more time.
For this entry, I'm going to post two recent Charlie Pierce pieces and intersperse them with various pictures I took including a batch from a Sunday walk here in D.C. about four weeks ago, as well as a some others (it's obvious which ones they are). 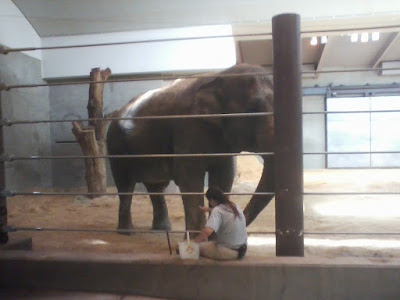 Where the Power Lies


For all the Mercer money, Mitch McConnell has the upper hand.
Before we all get misty about John McCain's hardly veiled broadside at the political philosophy, such as it is, that propelled the president* into the White House -- and it was a real, stick-swinging, Old Testament-prophet kind of thwacking, and very well-deserved, too -- we should remember that McCain's vision of nationalism always has been pretty damn trigger-happy. It's a strange vision to have when the predominant reaction from most Americans to the death of four Green Berets in Niger was, "What the hell are American troops doing in Niger?" And whenever I hear a politician talk about how this country has a duty to lead the world because it is "the last best hope of earth," I grab my wallet and Cambodian peasants run for the shelters. 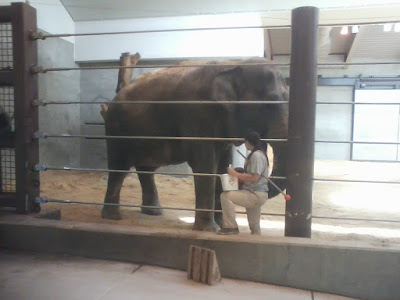 Another picture of "Shanthi" the elephant, National Zoo, Washington, D.C., 4:28PM September 23, 2017.
The oldest elephant -- Ambika -- was born in India circa 1948. (How did she get over to the United States? It had be by ship.)
I'm still unhappy that the National Zoo got rid of its only hippo -- Happy -- to make room for an expanded elephant exhibit. Happy is at the Milwaukee County Zoo now.
*******


Nevertheless, McCain was right in his basic point -- namely, that Steve Bannon, who schooled the president* in what passes for a political philosophy, is a paper tiger and an intellectual featherweight. He cut his teeth on Wall Street and in Hollywood, both places where you can go far when your only real talent is the ability to bluff people out of their money. 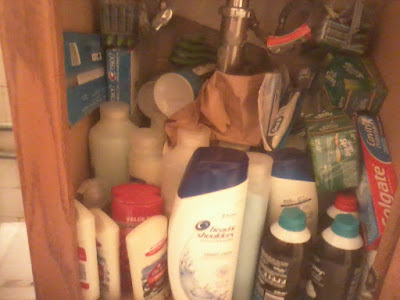 
Ever since the election, Bannon has been riding high as the voice of the "anti-establishment" Republicans. He's been giving his speeches and sounding the tocsin of his "populist" revolution. (Strangely, he's been silent on the plutocrat's wet-dream of a tax package that his former protégé is trying to push through Congress.) Back in July, when he was still working in the White House, he was making noises about raising the top tax rate to 44 percent. This, of course, was doomed to go nowhere and Bannon went back to Breitbart's Mausoleum For The Otherwise Unemployable. 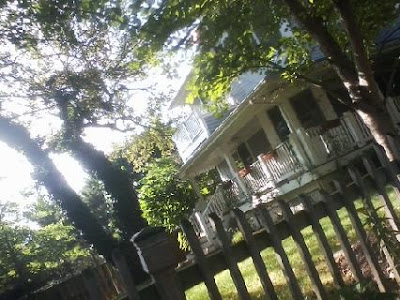 
There, he has spent most of his time playing handball with Mitch McConnell's spleen. Again, not something I'm altogether against in principle, but it does make me wonder why people in the Republican party get the yips about this guy. So far, he's been involved with a freak presidential election and with defeating an incumbent in Alabama whose brief stint in the U.S. Senate began when he was appointed by a crooked governor whom he was investigating as the state's attorney general. But, seriously, let's see the revolution, please? 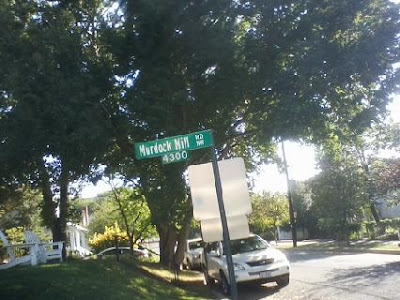 The corner of Murdock Mill Rd and 44th Street NW, Washington, D.C., 4:01PM September 24, 2017.
Honestly, in all my many years in D.C., I never knew where was a Murdock Mill Road. It exists between Brandywine and Albemarle Streets NW. It is actually an extension of Butterworth Pl NW.
*******


Bannon talks big about running Erik Prince in Wyoming, and about running Chris McDaniel in Mississippi. But Prince is a vaudeville villain and McDaniel is a crackpot retread and, most notably, neither of them is jumping at the chance that Bannon is offering. So far, the challengers to incumbent Republicans like Jeff Flake and Dean Heller seem to have been brought out of the wingnut hiring hall for retreads.
In Arizona, Kelli Ward, who once was chemtrail-curious, is back for another try. In Nevada, they've brought Danny Tarkanian off the bench again, and Tarkanian has lost five times. Bannon certainly has some money behind him; the Mercers already have kicked in at least 300-large to Ward's campaign. But you don't really get the sense that his revolution is taking off. Nobody seems to be lining up behind the last heir to House Harkonnen. This is largely because Bannon's revolutionary creed is incoherent to the point of laughability. 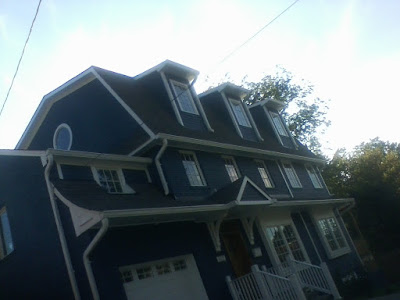 
Take, for example, his speech to the equally laughable Values Voters Summit, which probably is what McCain was replying to the other night. There was a lot of gotterdammerung tub-thumping; Bannon called for a "season of war" against the GOP establishment. (I swear, Game of Thrones is having an terrible effect on our politics.) "It's not my war, this is our war and y'all didn't start it, the establishment started it," Bannon said, starting it up again. From CNN:
"Up on Capitol Hill, it's like the Ides of March. They're just looking to find out who is going to be Brutus to your Julius Caesar. We've cut your oxygen off, Mitch." 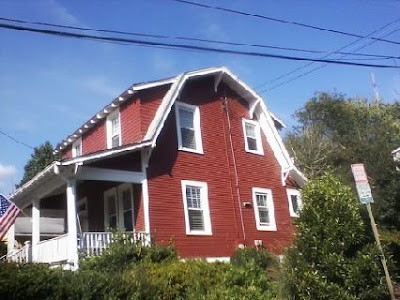 
Funny, when McConnell was standing up there next to the president* on Monday, and the president* felt obligated to tell the world what great pals he and McConnell were, the Kentuckian seemed to be breathing just fine. Perhaps that's because, for all Steve Bannon's stentorian palaver, it is McConnell who wields actual power. Bannon has the Mercers' money and he has an enthusiastic universe of angry shut-ins out there in the hinter-net, but the simple fact is that his whole pitch depends on rallying voters behind a corrupt and incompetent president* pushing unpopular policies. There simply aren't enough human beings in the country who care enough for the president* to risk a race against Republican incumbents.
Crusades don't get off the ground if the pope is toxic. 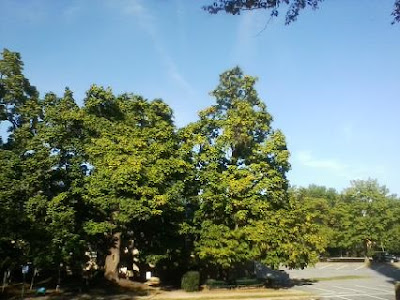 
To Regain Its Sanity, the Republican Party Must Give Up Voodoo Economics
This crazy might be the deepest rooted. 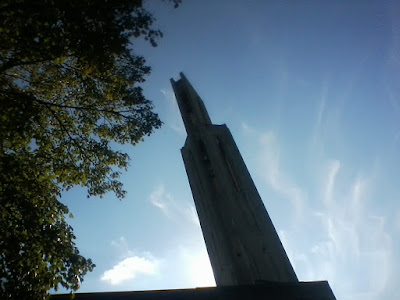 
Professor Krugman seems miffed, via the NYT:
Modern conservatives have been lying about taxes pretty much from the beginning of their movement. Made-up sob stories about family farms broken up to pay inheritance taxes, magical claims about self-financing tax cuts, and so on go all the way back to the 1970s. But the selling of tax cuts under Trump has taken things to a whole new level, both in terms of the brazenness of the lies and their sheer number. Both the depth and the breadth of the dishonesty make it hard even for those of us who do this for a living to keep track. 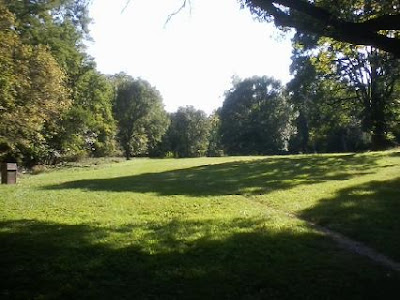 
You knew this was coming when the president* tweeted out how proud he was that his tax plan was praised by Arthur Laffer, the cocktail-napkin Kreskin of supply-side economics, the original sorcerer who concocted the spells that produced those magical tax cuts, and, finally, the guy who fed the Republican Party a bowl of the very tastiest monkeybrains. 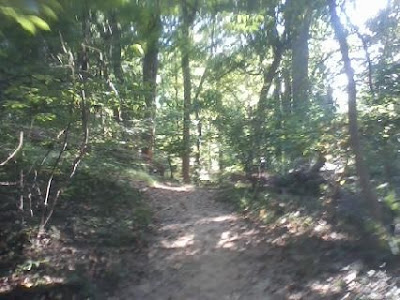 The forested footpath of the Massachusetts 39th Trail, Washington, D.C., 4:21PM September 24, 2017.
I walked to Reservoir Road, which one of the disjointed wooded trails intersects, and thence over to Georgetown University.
*******


The prion disease's first symptom was the adoption of what Poppy Bush called, correctly, the "voodoo economics" of Ronald Reagan's first budget. The Republican Party bought into an economic theory that was just as detached from reality as anything Reagan ever said about trees and air pollution, or anything the current president* has said about anything. 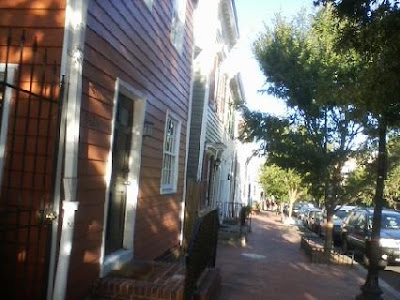 
That theory is now accepted as irrefutable dogma. Outside of the social issues, which the Republicans subcontracted to an extreme splinter of American Protestantism, supply-side has been central to everything that the modern conservative movement has brought to the Republicans. It is the linchpin of 40 years of conservative Republican politics, and it is rusted in place and it's now immovable. It is at best a fanciful dream and, at worst, as Krugman points out, it's a provable fraud made up of hundreds of smaller frauds. 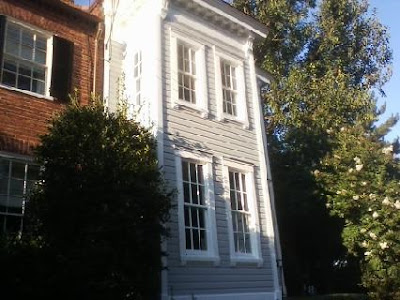 
[Cont'd Krugman excerpt within the Pierce piece:]
Oh, and there were the recent state-level experiments. Sam Brownback slashed taxes in Kansas, promising an economic miracle; all he got was a fiscal crisis. Jerry Brown raised taxes in California, amid predictions of -- you guessed it -- disaster; the economy boomed, and the main problem is a housing shortage. There is nothing, nothing at all, in this history that would make any open-minded person believe that the Trump tax plan will cause dramatically accelerated growth. 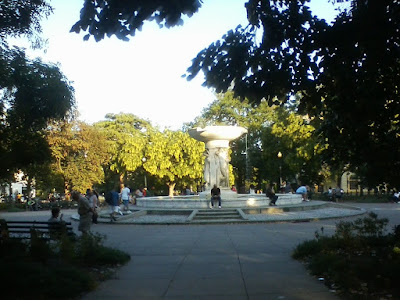 
Quite simply, if the Republican party is going to regain its sanity, it has to give up all of the crazy, and this perception of how the economy works is the most deeply rooted crazy there is. If you can believe at this point that tax cuts pay for themselves, how hard is it to believe that climate change is a hoax? If Professor Krugman can survive the next few months without taking hostages, it will be a genuine miracle. 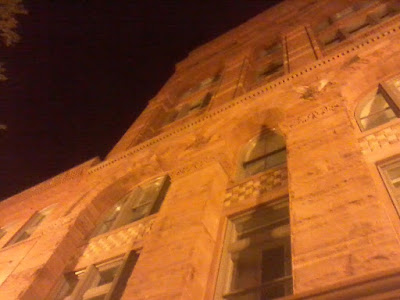 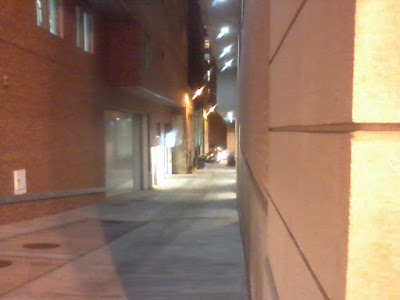 
Tomorrow (Thursday) after work, I am meeting my coworker friend for drinks. Last (Tuesday) night, Andrea and I met up (the first time in quite a while) and went to Dirty Habit to the outdoor courtyard bar.
The weather features nothing but sunshine and excessively dry conditions, but at least it's not hot. Highs today were in the lower 70s F to include 71F at KDCA and KBWI, 70F at KIAD, and 73F at KDMH. Tonight is a partly cloudy, cool, dry one with midnight temps around 55F here in the District but in the upper 40s F in the suburbs. 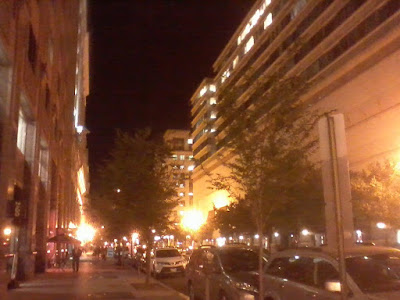 
OK, that's all for now. My next planned entry will be Friday night -- although it might not be until Saturday night.
--Regulus
Posted by Regulus at 2:30 AM