Here is a headline that came across my Microsoft Edge browser's news feed this morning: 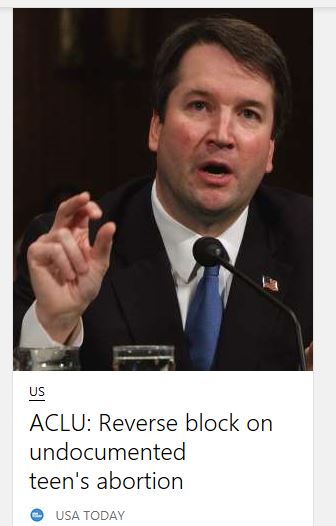 If you want a better mash up of issues on why Democrats lose election after election, look no further than this headline.
Without getting into any of the merits of any of these issues including the proximate one that has riled the ACLU, can you think of a worse combo of issues for building a "durable electoral majority" in the United States of America? (The original USA Today link is here.)
On the immigration one, see this piece by Andrew Sullivan (link embedded): The Issue That Could Lose the Next Election for Democrats. (Apparently, Steve Bannon got all excited about this article, recommending it to his Netherworld inhabitants.)
On a more uplifting note ... 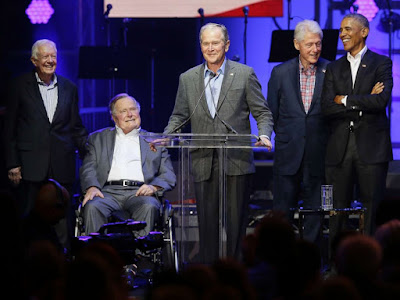 Five of the living former U.S. presidents came together on Saturday night in College Station, Texas for a hurricane relief concert entitled "Deep From the Heart: The One America Appeal" concert at Texas A&M University's Reed Arena.
The purpose was to raise money for relief efforts from the recent hurricane devastation in Texas, Florida, Puerto Rico and the U.S. Virgin Islands due to Hurricanes Harvey, Irma, and Maria.
The Vulgar Talking Yam that currently occupies the Oval Office was not there. He was too busy in characteristically Trumpian morally obscene fights on Twitter with a widow of an American soldiers killed in action.
******* 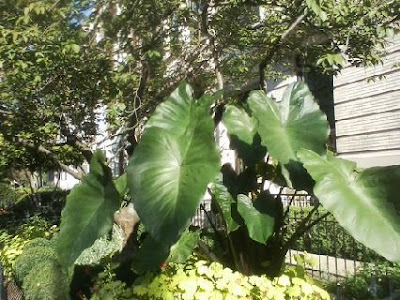 
OK, that's all for now. Apologies for no entry last night. I had dinner at my neighbor-friend Fred and Doug's place -- after a couple of drinks at Trade and No. 9 -- and then we watched a couple episodes of the hilarious 1980s British comedy 'Allo 'Allo! on Netflix before I returned home and went to be by 11PM and slept for the next 9 hours. 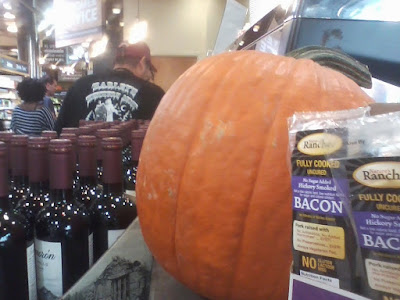 A pumpkin at the coffee bar in the P Street Whole Foods, Washington, D.C., 4:43PM October 22, 2017.
I stopped at Whole Foods for some lunch -- from the hot bar -- sitting at this little counter, where you can get a beer or a wine. This store is a chaotic bus station of activity. By the way, the wine there is "Torremorón" -- which makes it look like "Tower Moron" wine" but apparently is "Tower Hummock."
Oh, and that was cured, shrink-wrapped bacon treats next to the pumpkin.
*******


I'm unsure what gym schedule to follow this week: Mon Wed, Tue Thurs or Mon Tue (short workout) Thurs. That schedule is, in part, a function of weather and a squally frontal passage (with welcome rainfall). That schedule, in turn, will of course, determine my blogging schedule.
--Regulus