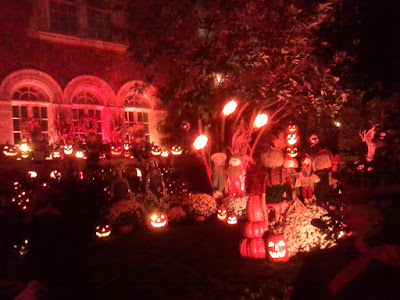 
This is a brief Saturday evening post. I'm not going to bother posting a full entry since nobody bothers to read these entries. Besides, I'm just tired of posting entries.


The (eyeless) center of Hurricane Nate came ashore a few hours ago at the Mouth of the Mississippi River as a category 1 tropical cyclone with maximum sustained winds of 85 MPH. The storm is irregular with nearly all the convection / rain bands on the east side of it.


The storm was (is) moving so quickly -- about 20 MPH at the time of landfall, making it one of the fastest moving Gulf of Mexico tropical cyclones on record -- that it really didn't have time to intensify into a major hurricane despite sea surface and atmospheric conditions favorable for intensification. Thus, storm surge flooding aside, this should not be on par with Harvey, Irma, or Maria. 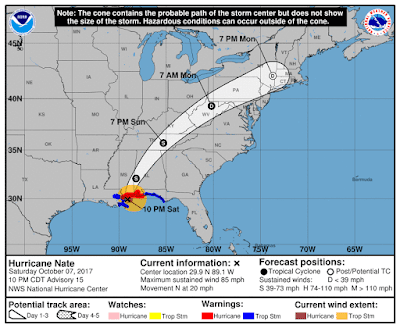 
The center of the low is forecasted to move around the periphery of the entrenched western Atlantic ridge and get caught up in the westerlies on a path that will take it to a position over West Virginia by 7AM Monday and as a post/extratropical low over southern New York state by 7PM Monday (see above NHC infographic map). 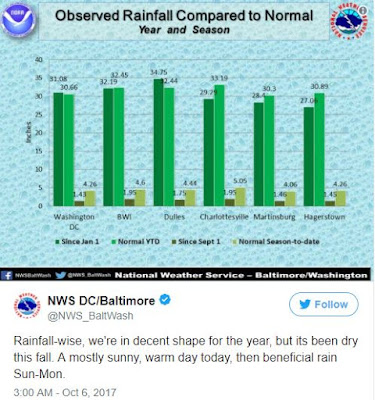 
The tropical moisture from the system is SUPPOSED to reach the mid-Atlantic region -- including here in the D.C. area -- by tomorrow, bringing an end to the goddamn 24-day rainless stretch at KDCA.
Beyond that, though, the ridge isn't really going to break down and instead the Trumpizoidal circus with wall-to-wall GOP rule will continue uninterrupted with all the shit that that entails.


Hopefully, though, we will get a decent deluge of rainfall, but it won't shock me if we don't. We don't get "weather" in Washington.
I went to the gym earlier today and while I got in weightlifting, a core workout, and a swim, I just couldn't do much of a goddamn treadmill jog. I'm home now -- having made dinner and done several loads of laundry -- watching the Super Sci-Fi Saturday Night lineup on MeTV. 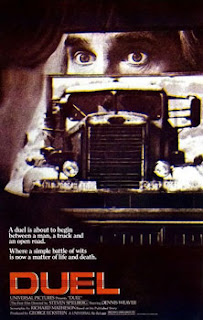 The Svengoolie-hosted movie was the 1971 thriller Duel about a man being pursued through the remote desert roads of Southern California by a psychotic truck driver. Driving a beat-up 1955 Peterbilt 281 tanker truck, the driver is never actually seen.

I've seen the movie before but never from the start -- and not this theatre release version (but instead the TV movie version). It stars the late Dennis Weaver. 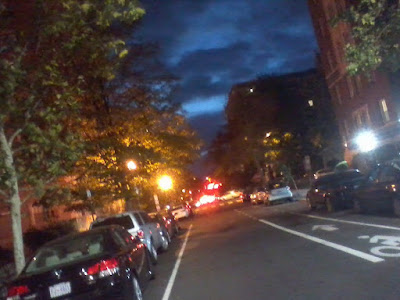 
For tomorrow, I'm going on the MARC train to meet my mom for lunch and then return in the early evening. Monday is the Indigenous Peoples, er, Columbus Day federal holiday. 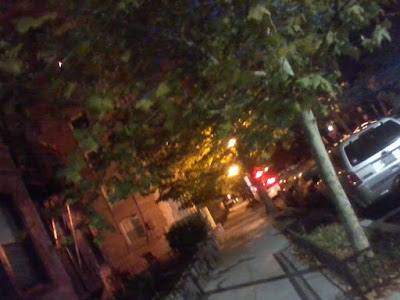 
OK, that's all for now. My next planned entry is for late Tuesday. A truncated Jukebox Saturday Night to follow momentarily ...
--Regulus
Posted by Regulus at 11:53 PM