A Successful Expedition Down the East African Rift Valley; No Needed Follow-On Treks Up the Bight of Biafra -OR- Upper Endoscopy Results All Clear; Plus, Tropical Storm Nate Update 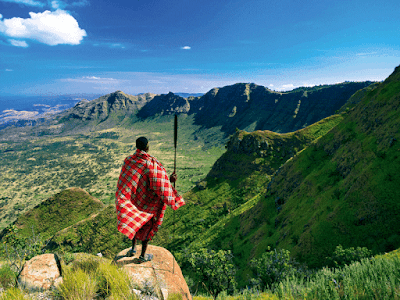 
So the quick expedition starting from my Djibouti region, down my East African Rift Valley, and into Lake Victoria was a quick and easy one with no adverse effects and no ill findings. And I won't be having any subsequent treks up my Bight of Biafra (a.k.a., Bight of Bonny) into my Cameroonian interior highlands, either. 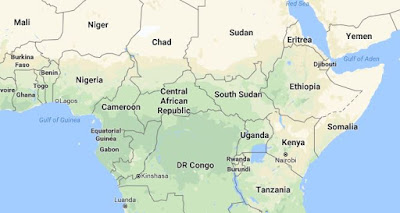 Permit me that I should clarify.
I'm back from my upper endoscopy procedure earlier this afternoon at Georgetown Hospital.
The whole procedure went well including very attentive and professionally friendly hospital staff. Furthermore, the gastroenterologist found nothing amiss that made him want to perform a biopsy. 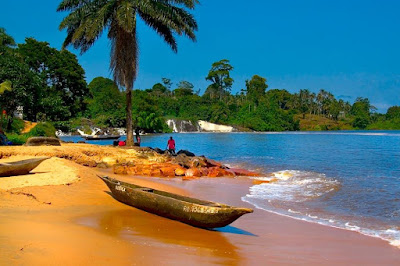 
It was strange being put under with an intravenous injection of Propofol. And then coming out of it -- so quickly but still a bit dizzy. What a weird drug.
Oh, yes, when I put on the hospital gown, I still kept on my boxer briefs. There was no need to be that naked. 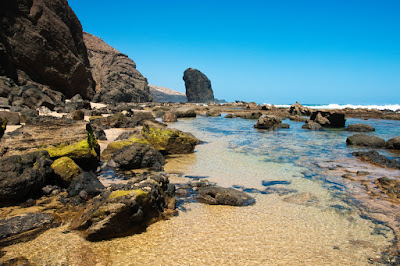 
After the procedure, the hospital called my neighbor-friend, Fred, and he came and picked me up. (I got to the hospital myself -- walked to Dupont Circle and then catching a fortuitously-timed D2 bus to the edge of Georgetown University and then walking over to the hospital.)
As for that fissure issue I have that is so painful, I may still need to go to another specialist (a colorectal one), but there is still no need for a lower endoscopy, a.k.a., colonoscopy. 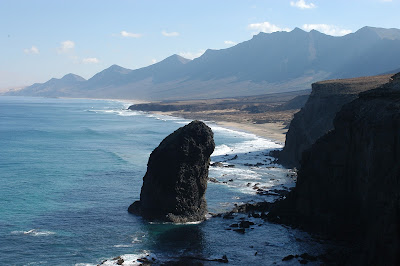 Another and more expansive view of the coastline at Roque del Moro, Fuerteventura, Canary Islands.
To be clear, I think the hulking rock formation itself is Roque del Moro, and the area around it is also called that.


Tomorrow is a planned gym day -- late afternoon / early evening -- and then I'll do laundry. I may just stay in tomorrow night. I'm planning on going up to Maryland on the MARC train on Sunday to meet my mom for lunch. Monday is the Indigenous Peoples, er, Columbus Day federal holiday, and I have off. 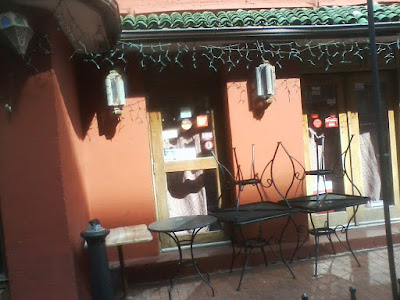 
We are now in day 22 of no rainfall and everything looks vapid, limp, and desiccated in the natural world. Of course, it is early October and the leaves are showing signs of turning their autumnal colors anyway. 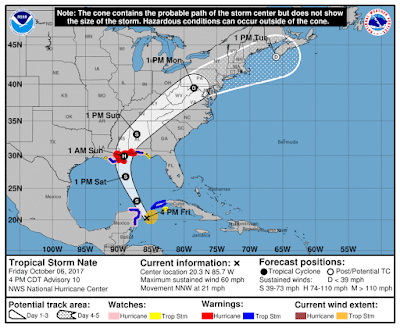 
Tropical Storm Nate -- now near the tip of the Yucatan Peninsula -- is forecasted to quickly traverse the Gulf of Mexico, possibly intensifying into at least a category 1 hurricane, and striking near New Orleans, before turning to the northeast around the western flank of a large subtropical ridge over the western Atlantic and getting caught up in the westerlies.
On that forecasted path, Nate's tropical moisture plume should reach the mid-Atlantic region including here in D.C. by late Sunday.


I'm going to wrap up this entry. My next planned entry will be tomorrow night (at least a Jukebox Saturday Night edition). To be clear, as much as I'd like to write a political-themed entry on anything that Trump and the GOP are doing to (to quote Jonathan Swift), "pervert the general reason of mankind," I'm going to refrain for now.


For tonight, I'm going to meet Fred and go to my usual two places (Trade and No. 9), although I need to be careful about drinking any liquor. Maybe I should just stay in and go to sleep. I just made some dinner (after not having had anything to eat since just before midnight, as required).
OK, signing off for now.