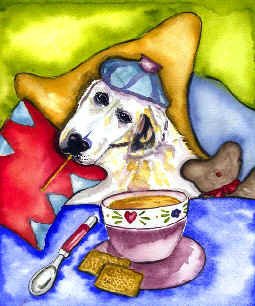 Well, I was going to go to the gym tonight after work and then post a blog update to include the pictures I took yesterday on a roughly 7-mile walk from Friendship Heights via Tenleytown and a forested path (occasionally strenuous) into Georgetown and back to Dupont Circle. I was also going to write about my mom's weekend visit -- Friday night and Saturday -- that was very pleasant.
I was also going to mention the weather, which is too goddamn shitty hot and humid with temps for highs back into the lower 90s Fahrenheit after a nearly month-long break. It's also too dry (as in, no rain).
I also wanted to post the piece on Jimmy Kimmel related to the latest Senate GOP health care atrocity.
However, I am suddenly sick (or borderline so) and cannot do any of what I planned.
I have come down with some sort of illness but I don't know what it is. My stomach is mildly perturbed -- but something along the lines of a developing ulcer (more on that below) -- and I also feel very fatigued and feverish. Oh, and no appetite.
I actually called Georgetown Hospital's gastroenterology department, or rather, the scheduler at the hospital and was able to make an appointment -- on Oct. 6th early afternoon -- for an endoscopy.
Recall that this is what the gastroenterologist recommended when I went there on May 18th. As context, while I was greatly relieved he didn't suggest a colonoscopy, he recommended an endoscopy to determine if I had an ulcer.
I had put off the endoscopy all this time, but I think now I should get it. It was just close enough in time -- roughly, three months (although for me, it is actually a bit over four months) -- that the scheduler felt OK making the appointment. (The specialist had recommended the procedure, not my primary care physician.)
OK, I think that's all for now. I'm going to lie down for a while and rest. I will attempt to post another entry later tonight.
--Regulus
Posted by Regulus at 5:53 PM