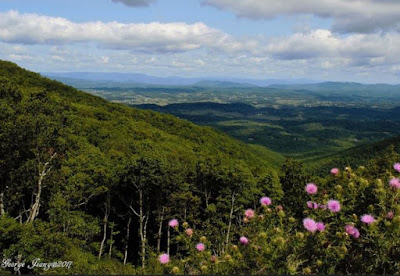 
It's a bit after two in the morning on Sunday as I start this entry. I posted just after midnight a comprehensive update on Hurricane Irma as it strikes the Florida Keys and begins a forecasted path up the west coast of the Florida peninsula. I've posted a few more radar images toward the bottom of this entry. 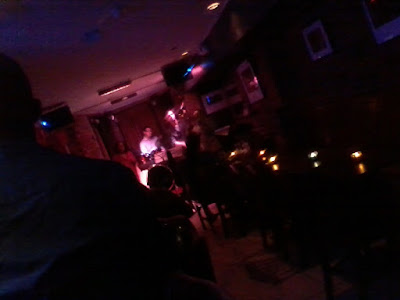 
I just got back from a very brief, very short trip over to the nearby restaurant JoJo on U Street (located about 500 feet from my apartment building). I had two quick drinks there and listened to the last number of the jazz band that was playing. The very last song was Route 66 -- but a jazz rendition of it.
I would have gone over to No. 9 and Trade, but I ended up basically stayed in and doing the following: Making dinner, doing laundry, and posting aforementioned blog entry.

It was also the first Saturday night of MeTV's revised "Super Sci-Fi Saturday Night" that includes a line-up of programs almost guaranteed to keep me home:

Tonight, the Svengoolie-hosted monster movie was what Svengoolie (played by the inestimable Rich Koz) called a "sword and sandal" flick, namely, "Medusa Against The Son Of Hercules."


About that movie, it was predictably strange, and it featured a Medusa creature that was not a female but rather a bizarre, multi-tentacle cyclops creature: 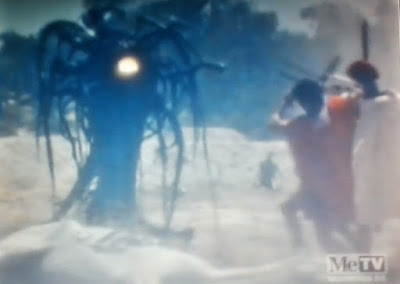 Screenshot of the Medusa creature in the movie "Medusa Against the Sons of Hercules" (1963).
The killing of Medusa was slightly gory -- especially for the time the movie was made. (Svengoolie provided an upfront warning about that.)
*******


The Star Trek: TOS episode was one I had never seen and was quite profound: "A Taste of Armageddon."
The Battlestar Galactica episode -- "War of the Gods: Part 1" -- was one that makes me want to see part 2 next week.

As a bit of trivia, it turns out that the Cylon "Lucifer" -- who is second in command to Count Baltar -- is played by the actor Felix Silla (who played the costumed character of Cousin Itt on The Addams Family) while the voice is by actor Jonathan Harris, who played Dr. Zachary Smith on Lost in Space. 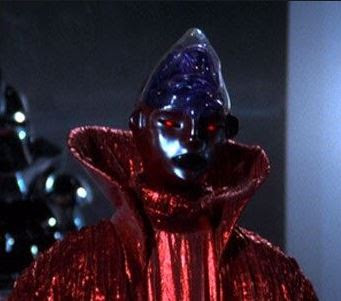 
The 2AM-aired The Outer Limits episode is a suitably bizarre one: "A Feasibility Study" described as follows: 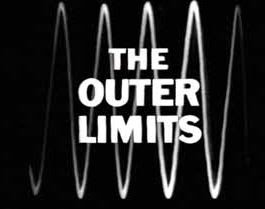 "The Inhabitants of a suburb find one morning that their neighborhood has been transported to an alien planet, where they are expected to become slaves to their captors."


At 3AM is Lost in Space (episode: "Kidnapped in Space"). This is followed at 4AM by the series Voyage to the Bottom of the Sea (episode "Time Lock"). That "Time Lock" episode is quite interesting (it's on now as I finish up this entry). 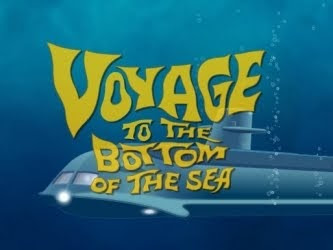 
Earlier today, I got up around 315PM in the afternoon -- well, I got up originally around 830AM but went back to sleep -- and made it to the gym by around 430PM. I had a good workout although I only did half my usual jog (just a half hour). I got in some decent weightlifting and went swimming. 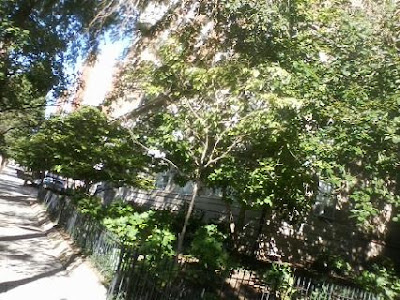 
Last night, eh, not much happened. I went to my usual two places and then came home. I had an OK time. For tomorrow (or rather, later today), it is my Sunday free day. I'll try to get up by noon and out no later than 2PM and go to lunch and take a walk. 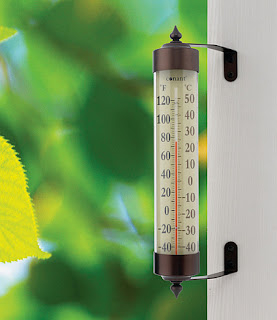 Tonight's cool, tranquil weather follows a sunny, pleasant day with highs in the lower 70s F (73F at KDCA and 71F at KBWI) and low humidity.


It has been a good pattern of late -- including with sufficient rainfall and not awfully hot and humid, as it can be around here well into September.
As for Hurricane Irma, the eye of the storm is moving slowly but relentlessly toward the Florida Keys -- in fact, it looks like it will go right over the Key West within the next six hours. Here are a few radar images:


I should note that my dad in Flagler Beach is fine -- and, I'm happy to say, he should be fine despite his close proximity to the ocean in a hurricane. The center will be passing far enough to his west that I don't think any storm surge should flood his trailer park.
He and my mom actually had a phone conversation earlier today (Saturday). She and I are planning on visiting him in April -- staying in Daytona Beach. 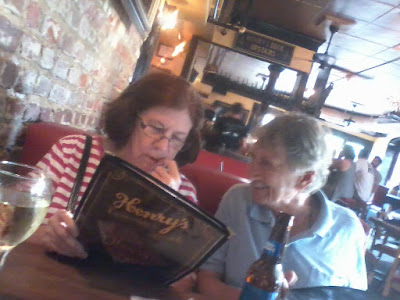 My parents at Henry's on the Market, Charleston, S.C., 6:10PM August 20, 2017.
We were having dinner (and Chris T. was there with us). My parents got along great while there -- had a much better conversation than he and I did. Of note, I still haven't posted my South Carolina eclipse trip pictures (the main ones, that is).
*******
OK, that's all for now. I'm going to bed now. My next planned update will be late Monday or early Tuesday, although depending on the impact of Hurricane Irma, I might post something sooner.
--Regulus