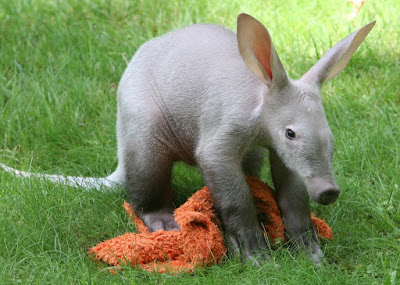 An aardvark.
The aardvark is a very strange and strange-looking mammal when you think about it. And that diet...
*******


OK, I had intended to post a new entry tonight -- and I even spent a considerably amount of time on it -- but it is already 2AM and it would take me another 2 hours to complete it. That being the case, I'll wrap it up tomorrow after work. 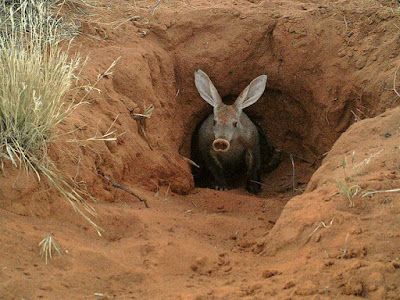 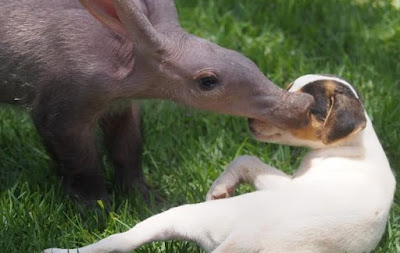 This is too cute -- but my understanding is that aardvarks do not make suitable pets for humans -- the exception being, perhaps, if you own a decent-sized farm in Africa.
*******


Let me just say that I'm feeling basically all better from my strange one-day illness. I also made it to the gym tonight after work and got in a 5+ mile jog, weightlifting, and a concluding swim.

Right now, I've just concluded watching the late night MeTV line-up. The Perry Mason episode was quite good.
The Twilight Zone episode -- "The Bewitchin' Pool" -- was suitably bizarre. It also included this hilarious exchange with an emotionally abusive parent and a young boy (speaking with a thick Southern accent): "You know what happens to little kids who lie?!" "Yeah, they go to hell and gets all burned up!"


OK, that's all for now. Signing off 'til tomorrow (or later today). Good night.
--Regulus
Posted by Regulus at 2:31 AM