Something a little (well, a lot) nicer to replace the unhappy topics of recent entries ... 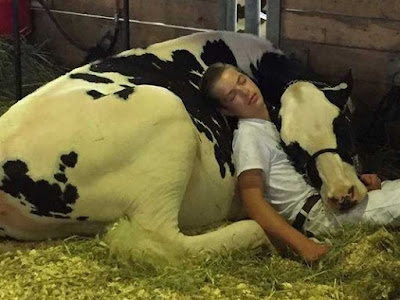 A sleeping young man -- 15 year old Mitchell Miner of Williamsburg, Iowa -- and his cow "Audri" at the Iowa State Fair earlier this month.
Although Audri came in 5th place in one of the cow contest involving heifers, she is always first to young Mitchell -- and he to her. (Turns out there are a barnyard-full of categories.)
This picture was taken by Mitchell's father Jeremy Miner as his son rested after having gotten up at 3AM for the contest. Story here. The CBS video (with the picture in black and white) is here.
******* 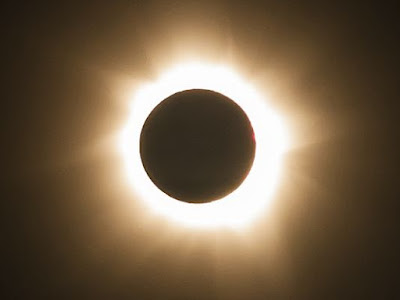 For tonight, I plan to go to the gym and then do my laundry when I get home. I'll make every effort to post an entry -- likely an total solar eclipse-topical one. 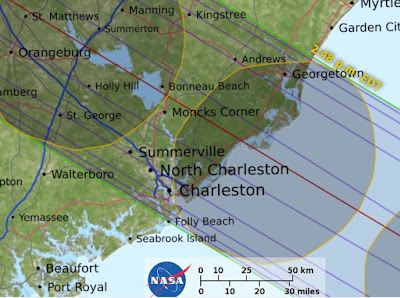 For tomorrow, I'm taking part of the day off from work and meeting my mom at Union Station midafternoon. We are leaving Saturday morning with Andrea, Imara, Imara's in-laws, and another person by rented van to head down to Charleston, S.C., for our weekend ahead of Monday's total solar eclipse. 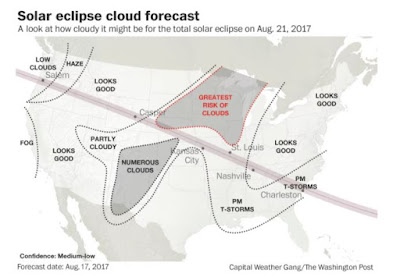 
The plan is to view the eclipse somewhere between Monck's Corner and the Cape Romain National Wildlife Refuge -- final spot to be determined by actual sky conditions, not to mention ground (traffic) conditions. Totality starts about 2:46PM EDT and lasts for just over 2 minutes along the line of maximum duration totality. 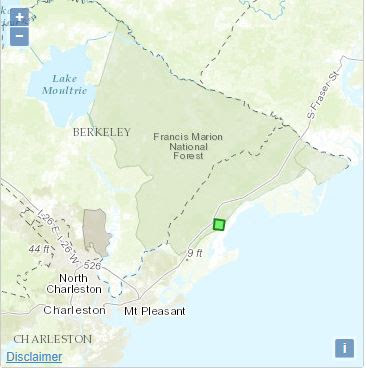 
The local forecast calls for a 30 percent chance of showers and thunderstorms and seasonably hot (around 90F) and humid (low 70s F dew points). (It was 40 percent yesterday.) A frontal boundary is forecasted to approach the Southeastern U.S., washing out as it bumps up against a large ridge over the western Atlantic.
Likely location of t-storms -- and any associated clouds and "debris" clouds -- won't be known with any certainty until 24 to 48 hours of the event, and even then, not until that morning. It will be driven by diurnal heating as well as mesoscale processes such as position of any outflow boundaries and coastal breeze fronts.

NWS point grid forecast icons and text for the period August 17 - 23, 2017 for Cape Romain NWR, S.C.;
Source here.
The forecast at this link is updated regularly.


I return very late Monday (or early Tuesday) and then have to immediately fly out Tuesday early afternoon for a work trip to Cleveland. I should be back in D.C. very late Thursday and then things finally settle down.
--Regulus
Posted by Regulus at 12:25 PM