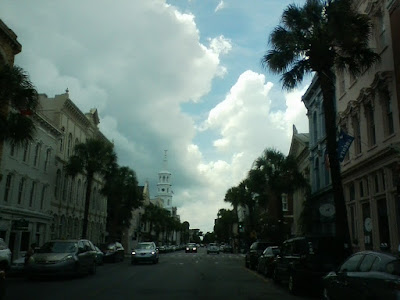 Street view, Charleston, S.C., 2:14PM August 20, 2017.
This entry contains some pictures that I took on my South Carolina total solar eclipse trip, specifically, in Charleston this past Sunday (a week ago tomorrow). I was in the car with Chris T. and my mom as we drove around Charleston. Unfortunately, I don't know most of the street names, and there really is no way I can figure it out now.
The pictures are topically-unrelated to this entry.
*******

I just discovered that I do in fact get Me-TV with my digital antenna, and it turns out that Star Trek: The Original Series is still being shown on Saturday night at 9PM and the Svengoolie-hosted old monster movie at 10PM (although it is supposed to move to an 8PM timeslot next month).

Recall that I used to watch this every Saturday night when I had cable TV although shortly before I gave up my cable, Svengoolie was replaced on the D.C. affiliate of Me-TV with some stupid basket ball game.

I made an inquiry about that to Me-TV but it was unanswered.


That aside, I'm glad to see that I still get Me-TV (along with Antenna TV). And for free. 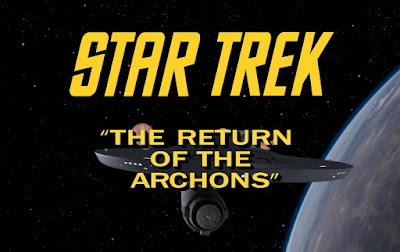 The Star Trek TOS episode on tonight was "Return of the Archons," and it's a weird one.
I'm fairly certain that these original series episodes have been touched up, specifically, the imagery of whatever world is featured in a given episode that the Enterprise is circling to give the planet a more realistic look (rather than just a Uranus or Titan-like blur).
The Enterprise, too, looks a bit less toy-like. 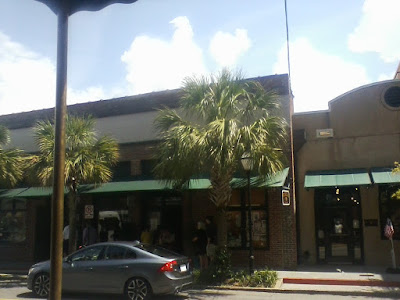 
Earlier today, I went to the gym earlier and managed to get in a six mile jog as well as weightlifting. The pool is presently closed (and empty) for two weeks for annual maintenance. Next weekend -- Labor Day weekend -- the gym is closed and reopens (along with the pool) on Tuesday, Sept. 5th. (Next weekend, I'm visiting my mom in Glen Burnie, although I'll return on Sunday and have Monday as a free day.) 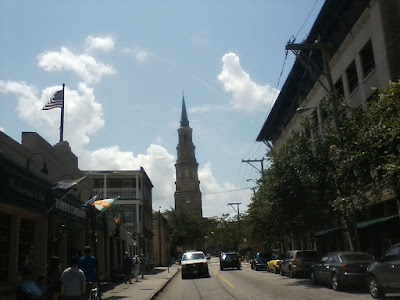 
Last night, I met Jeremy at Trade and we shared eclipse trip stories. We were both in central South Carolina and had very good viewing conditions. I still need to post an entry about the eclipse trip -- including the 30 hours of travel time to and from Charleston (this includes the travel time from Charleston to the eclipse viewing point before we headed back to D.C.).
It was a difficult trip but I'm very glad I got to see the truly phenomenal and awesome (in the "awe" sense of that word) total solar eclipse (my second one). 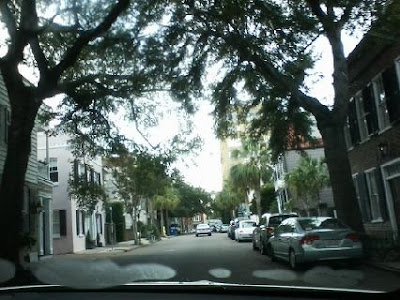 
As for last night, things got fuzzy after a number of drinks in. I recall going to No. 9 and then (after walking) being home.
Tonight, I'd like to go to Old Ebbitt Grill as I've not been there in a while. And tomorrow is my weekly free day. I'll take a walk and go to lunch. 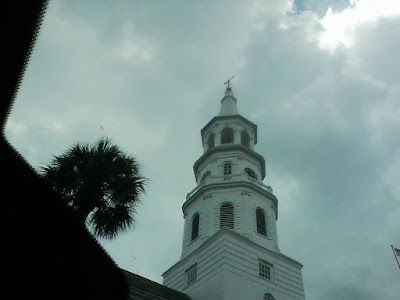 
As a follow-up to my previous entry, Hurricane Harvey came ashore along the Texas Gulf Coast and, as forecasted, stalled and is dropping huge flooding amounts of rain. It looks as though Rockport, Texas was hit fairly hard with destructive winds. 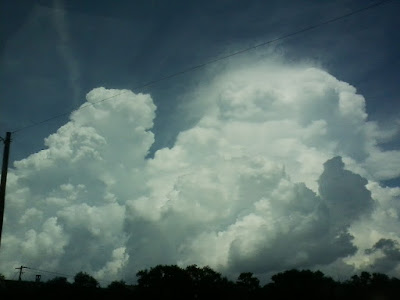 A GINORMOUS cumulonimbus cloud as seen from downtown Charleston, S.C., 2:17PM August 20, 2017
The airmass in place over coastal South Carolina was deep Caribbean maritime tropical and there was as weak tropical wave approaching from the southeast (off the Atlantic) that resulted in all the shows and thunderstorms -- and partially clouded out the eclipse in Charleston the next day (which is why we drove inland as we did).
*******


Here are a few CWG entries (links embedded) (and note that the blog entry titles sometimes change when the entries are updated -- this is what they are as of this posting):
Harvey unloading incredible rains over Southeast Texas; Flash flood emergency in Houston
Incredible meteorological imagery from Hurricane Harvey
This one includes some incredible animations from the GOES-16 satellite and radar imagery and shows the unusually high amount of lightning in the hurricane (most tropical cyclones have little lightning since there isn't much vertical shear) and the thousands of birds caught in the eye. That's one way to get a mass migration of birds over a long distance in a hurry. 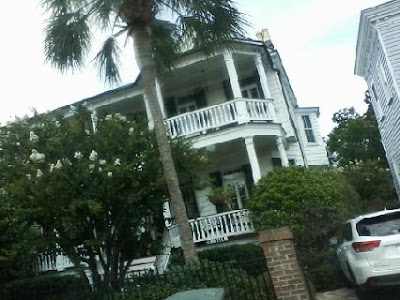 
How can storms like Harvey generate such unbelievable amounts of rain?
This entry contains a nice explanation of the dynamics and thermodynamics that can result in tropical cyclone rainfall totals measured in the two to five foot range. 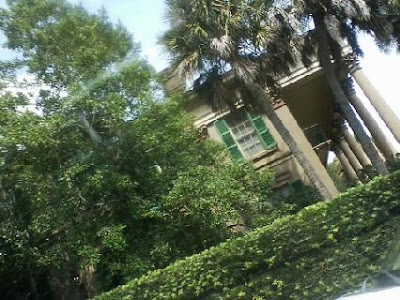 
As for Trump, all he has done today is tweet about what an outstanding job he has done in handling Hurricane Harvey's impact on the Texas Gulf Coast. As ever, everything is about him and the need to feed that category five hurricane of an ego this very sick and dangerous man has occupying -- and abusing -- and office he should never have held and from which he should be removed by impeachment and conviction.
OK, that's all for now. Jukebox Saturday Night entry to follow shortly ...
--Regulus
Posted by Regulus at 11:10 PM