Overview of and Reflections on the Ugly White Fascist Violence Yesterday in Charlottesville, Va. -OR- The American Civil War, Part Infinity 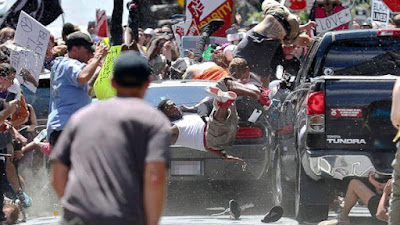 
Sunday early afternoon -- well, midafternoon now.
I really want to comment on yesterday's horrific events in nearby Charlottesville, Va., involving a bunch of morally diseased white supremacists and culminating in some Nazi piece of shit named James Alex Fields Jr., 20, of Maumee, Ohio, plowed his car into a crowd of counter protestors, killing a 32-year old woman -- Heather Heyer -- and injuring 19 others, some critically. 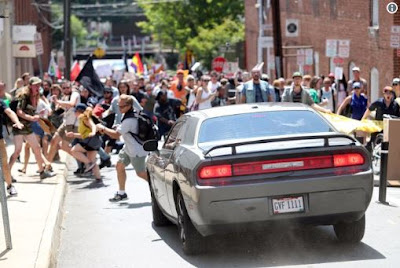 
Compounding the tragedy is that two state police helicopter pilots -- Pilot Lt. H. Jay Cullen and Trooper-Pilot Berke M.M. Bates -- were killed when their helicopter crashed while en route to Charlottesville to help the victims. 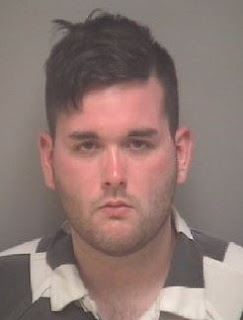 The Nazi piece of shit James Alex Field Jr. (mugshot shown left) was captured by police -- who, otherwise, have been criticized for a less-than-robust response to the melees that ensued Friday and Saturday as white male fascist ass-wipes paraded around the town protesting the planned remove of an equestrian statue of Robert E. Lee.


The statue is located in the recently-renamed Emancipation Park. 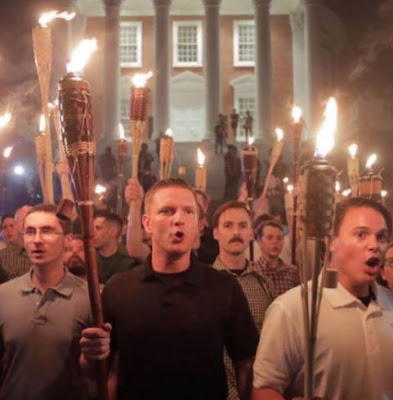 A mob of "oppressed" American white male fascists in their polo shirts and khaki pants and carrying their citronella-lit tiki torches in Charlottesville.
(I think this was on Friday night, though there have been previous protests there as well.)
*******


Gov. Terry McAuliffe declared a state of emergency in Charlottesville with a much heavier militarized police presence that has quelled the chaos. 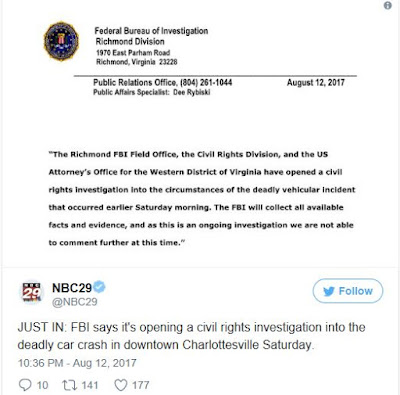 Tweet from a Virginia local news station noting that the the FBI's Richmond Division announced it is an opening of a civil rights investigation into the Charlottesville attack, August 12, 2017.
*******


The Nazi piece of shit is being held without bail by local police but the Justice Department through the FBI has opened a civil rights inquiry since Fields's action was a premediated hate crime (see tweet image above). Here is a backgrounder on the Nazi Piece of Shit James Alex Fields Jr. (Why do these people always have names like this -- and always with the two-syllable middle one??) 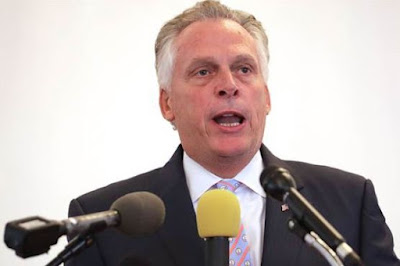 
Also, here is a piece featuring an interview with Fields's high school history teacher: Alleged driver of car that plowed into Charlottesville crowd was a Nazi sympathizer, former teacher says. 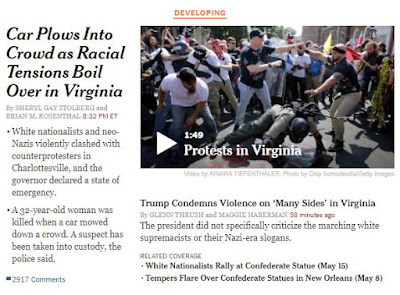 
There was actually some good condemnatory responses from Republican politicians -- although, yes, talk is cheap -- in particular from Sen. Orrin Hatch of Utah. I really liked this tweet put out by his office: 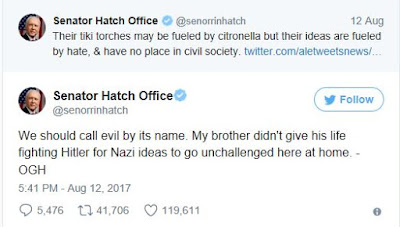 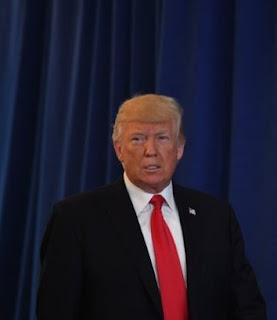 Unfortunately, but not unexpectedly, the Vulgar Talking Yam of a President*, did not say anything helpful but blamed "many sides" -- refusing to call out the white nationalists and fascists -- and (FWIW) the mainstream media and punditocracy has been all over him for that.


(The Vulgar Talking Yam of a President* is still on a half-month-and-more-long vacation in Bedminster, New Jersey -- taking a break from doing nothing here in D.C. except tweeting garbage in response to whatever he watched on Fox & Friends that morning.) 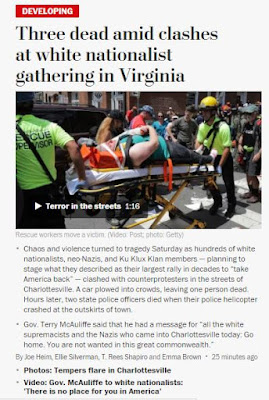 Here is a good piece by Michael Gerson (link embedded):

Trump Babbles in the Face of Tragedy


"If great words can heal and inspire, base words can corrupt. Trump has been delivering the poison of prejudice in small but increasing doses. In Charlottesville, the effect became fully evident. And the president had no intention of decisively repudiating his work."
Charlottesville's Mayor Michael Signer blasted the Vulgar Talking Yam of a President* for having tacitly and not-so-tacitly encouraged all this white ethno-nationalistic violence. 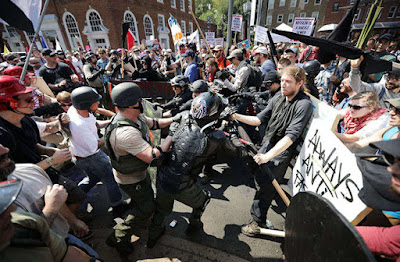 
Here is a piece from the Huffington Post: This Is What 'Oppressed' White Men Look Like: "Put THAT in your Tiki torches and light it, you sorry Nazi bitches."
It features a now-viral twitter thread by twitter user @JuliusGoat that is definitely worth a read.
The Civil War has never really ended in this country, has it? 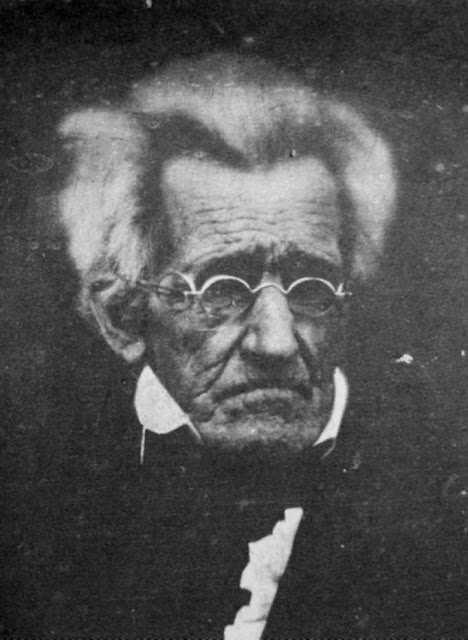 In a very real sense, this fucker is still President, isn't he?
*******
OK, that's all for now. I want to attempt to enjoy my Sunday usually-not-so-fun-day free day.
--Regulus
Posted by Regulus at 3:06 PM