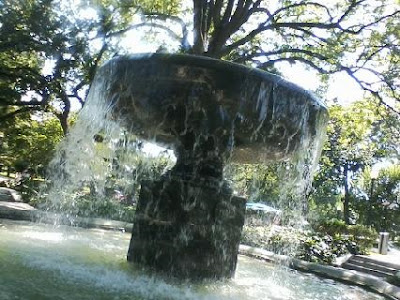 A peaceful fountain vigorously flowing at the corner of 21st St and Constitution Ave NW, Washington, D.C., 4:13PM July 30, 2017.
This is one of two fountains that mark the corners of the south-facing grounds of the Board of Governors of the Federal Reserve System. This fountain is at the southwest corner. I took these pictures on my Sunday walk down to the Washington Harbour in Georgetown.
*******


This is just a brief midweek late-morning update. I had intended to post an entry last night but was unable to do so. Tonight is a planned gym night and I should be able to post a new entry thereafter (probably a bit after midnight). 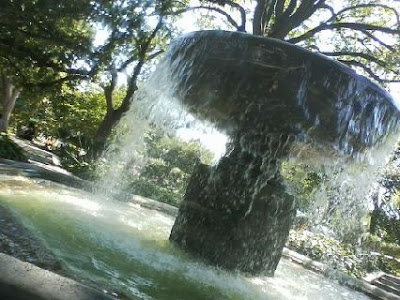 
I am backed up on sets of photographs that I would like to post -- to include my Dallas trip pictures from earlier last month, the pics from my weekend visit to see my mom in Glen Burnie / Anne Arundel County (including around Fort Smallwood), and the ones I took this past week here in D.C. 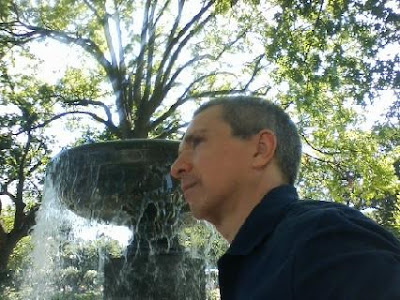 
There is also a lot of political commentary I'd like to post but (channel Charles Pierce of Esquire magazine) the billowing smoke from all the raging Trumpster fires at Camp Runamuck, a.k.a., the Trump White House, are too overwhelming, making it almost impossible to keep up. 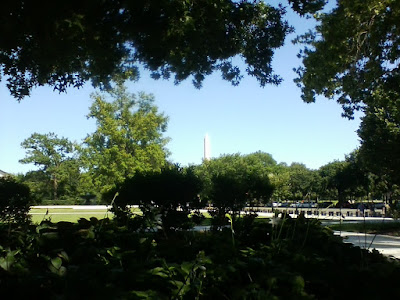 
I do recommend reading this piece by Jonathan Chait (link embedded): Obama's Legacy Is Finally Coming Into Focus, Thanks to Trump.
It's lengthy, so perhaps just skim it, but well worth the read. In fact, I might post excerpts of it in a subsequent entry. The corner house at New Hampshire Ave and N Street NW, Washington, D.C., 3:45PM, July 30, 2017.
This house with its castle-like turret is addressed 1272 New Hampshire Ave, and I've featured it in a number of pictures on this blog. I took this picture a bit earlier as I was walking down New Hampshire Ave toward Foggy Bottom.
*******


The weather is back to borderline hot (around 90F for highs) and sunny, or rather, partly cloudy with a few scattered afternoon showers / t-storms -- that is, typical early August weather following last Friday's deluge. 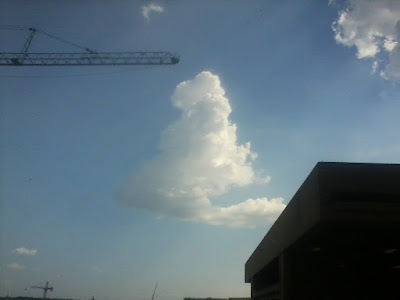 
Oh, yes, I have to go to Pittsburgh next week as a note-taker to another AMO workshop. This is in addition to the one I have to attend in Cleveland later this month immediately following my upcoming total solar eclipse trip to Charleston, S.C.
For the Pittsburgh one, I have to ride along with two co-workers (as I did back in Nov. 2015) rather than flying there. I'm not thrilled about that but it is unavoidable since Pittsburgh is considered close enough to D.C. to warrant driving rather than flying at significant expense.
So August is busy in this respect. 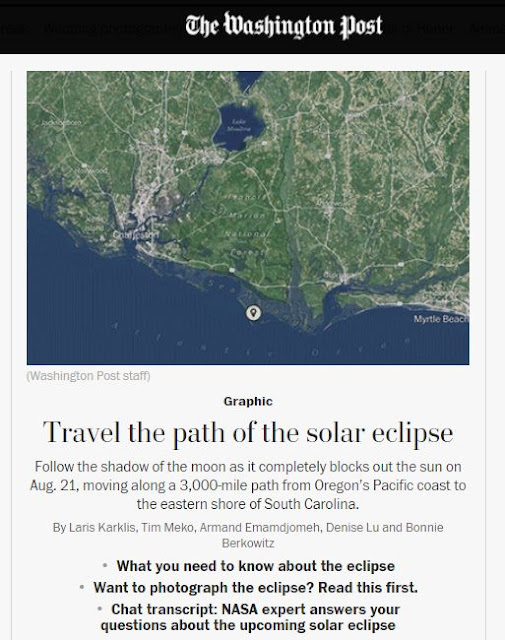 Headlines in yesterday's online version of the Washington Post discussing the upcoming "Great American Eclipse" of August 21, 2017.
It's nice to have a non-Trump Catastrophe headline. The above one shows the end of an interactive map of the path of the eclipse -- specifically, right about where I'm supposed to be on the South Carolina coast.
*******


As for the upcoming total solar eclipse, I will certainly have more to say about it. At this point, the event has become major news and most folks know about it and large numbers of people are planning on attending it. 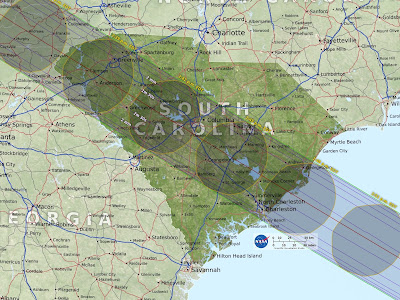 Screenshot from this NASA Goddard video imaging the path of the Aug. 21, 2017 total solar eclipse as it travels across South Carolina, taking into account the lunar limb topography, the Earth-Moon distance, and the Earth's ground elevation along the path of totality.
*******


I've talked to numerous people -- literally about two dozen -- in the past several months telling them about it, touting it and raising the level of expectation to see such a remarkable event (which will be, skies permitting (!!), my second total solar eclipse, the other being on Feb. 26, 1998 down in the Caribbean on the island of Guadeloupe with my dad).
OK, I had better get my day started.
--Regulus
Posted by Regulus at 12:00 PM