Jukebox Saturday Night for August 5th, 2017: The Time Out of Place and Iggy's Trouble With Will & Grace Edition

"April Showers" as performed by Gene Rodemich and his Brunswick Orchestra (1921)
Yes, I realize it isn't April but August and we are in the dog days of summer, but I caught this tune on the Shellac Stack podcast of my favorite jazz pianist and musicologist, Bryan Wright, when I checked to his site after a hiatus of many months. The version Bryan played was by Sam Lanin and his orchestra, but the only YouTube copy of it I found just didn't have the quality. This one by Gene Rodemich and his orchestra is also an instrumental version (no lyrics). 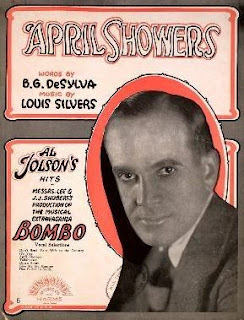 April Showers was written by Louis Silvers with lyrics by Buddy DeSylva (a.k.a., .G. DeSylva) in 1921. According to the Keeper of All Knowledge, the song was introduced in the 1921 Broadway musical Bombo, where it was performed by Al Jolson and became one of his trademark songs.


Of note, when I stopped by Bryan's site, I was very happy to discover that he had recorded FIVE podcasts in the month of July. His show features 78 rpm records of ragtime, jazz, swing, and Big Band music, especially from the early and mid-20th Century.
*******


Next up, a very nice, mournful, "blue-eyed soul" piece that I've always liked ...
"Holding Back the Years" by Simply Red from the group's debut album Picture Book (1985)
The story -- again, courtesy Wikipedia -- is that lead singer Mick Hucknall wrote the basis of the song at age 17 and was inspired by a turbulent childhood that included his mother leaving home when he was 3.
This video also features images of England from the mid-1980s, when it still looked not that different than it had in the 1950s and 1960s.
*******


Finally, something Saturday night suitable ...
"Trouble" by Iggy Azalea ft. Jennifer Hudson from Azalea's album Reclassified (2014)
The video uses a 1970s police show chase motif -- including on that Sixth Street Viaduct in Los Angeles -- while Azalea is dressed up a la Farah Fawcett.
Of note, I discovered last night that Sean Hayes -- from Will and Grace fame -- and his spouse, Scott Icenogle, have created a popular set of videos in which they lip-sync to popular songs. The videos are available on their joint YouTube channel The Kitchen Sync.
Here is Sean and Scott lip syncing the same song "Trouble":
It's quite fun to watch -- and they are both quite talented at doing this sort of thing.
As for Will & Grace, there continues to be much to-do about the reboot of the series with this new 9th season first to debut next month (Sept. 28th) on NBC. In addition, NBC has ordered a 10th season for 2018-2019. Here is the official preview for the rebooted show:
Gee, I hope M. WADE Tipamillyun -- who once fancied himself a version of Jack McFarland's "Just Jack" personality -- is able to watch the reboot. 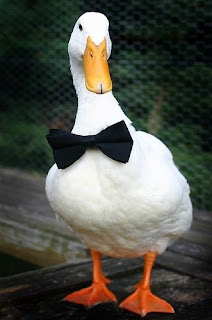 Poor guy, he apparently stopped watching the original after he wasn't able to "laugh out loud" anymore. Maybe we should set up Go Fund Me campaign to help defray any incurred costs such as wardrobe and bad attitude.

As for Just Jack, he is not making an appearance in the reboot.

OK, that's all for now. Please see my previous entry for an update.