"Dindi" by Astrud Gilberto from her release The Astrud Gilberto Album (1965)
The YouTube version above features some lovely images, except it is all a bit blurry. I've decided to feature it anyway since the pictures are intrinsically good (despite their blurriness).
"Dindi" -- pronounced effectively as "Jin-jee") -- is one of the basso nova standards composed by the great Antônio Carlos Jobim with (original Portuguese) lyrics by Aloísio de Oliveira (who performed with Carmen Miranda on her international tours). 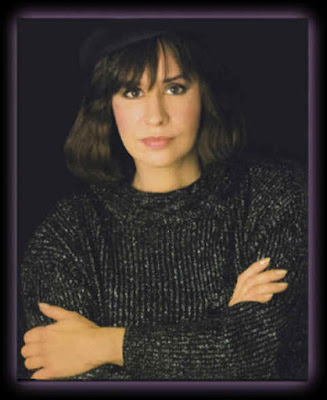 This version is by the awesome Brazilian basso nova singer Astrud Gilberto (pictured above) -- and it was already in English by this point. (I couldn't definitively find who wrote the English lyrics, although the info I found suggests it was the late lyricist Ray Gilbert.) 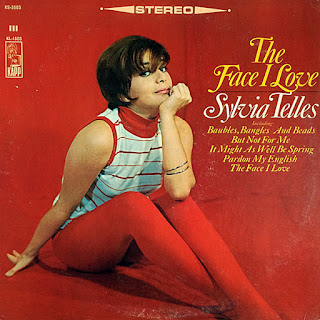 The song was written for de Oliveira's husband, Sylvia Telles (pictured left on the cover of her album The Face I Love), who was killed in a car accident in December 1966 shortly after she recorded her version of it.


The name "Dindi" is said to be Telles's nickname or, alternatively, a reference to the Brazilian farm Dirindi that Jobim and his friend / collaborator Vinicius de Moraes would visit. Maybe both are true. 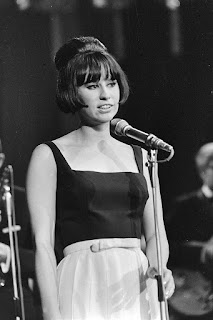 
Next up, what to me is a song that was surely one of the stupidest yet, admittedly, most wildly popular songs (and the lyrics to which my friend Chester and I never get tired of quoting to each other) ...
"Push It" by Salt-N-Pepa from their Hot, Cool, & Vicious album (1986)**
**To be clear, this song was not originally released on the album Hot, Cool & Vicious. Instead, it originally appeared in 1987 on Side B of the 12" single Tramp. The best-known version of Push It is the Cameron Paul remix -- which was added to later pressings of Hot, Cool & Vicious. 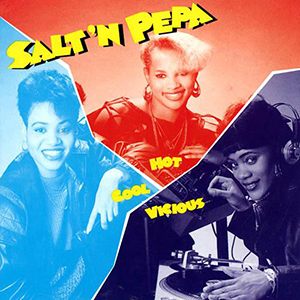 The above music video features a concert performance of the song by Salt (Cheryl James) and Pepa (Sandra Denton) with DJ Spinderella (charming name, no?) and Hurby "Luv Bug" Azor on keyboards and backing vocals.


I think it's Hurby "Luv Bugg" Azor (a Haitian-born musician and hip hop artist also known as "Fingerprints") saying the whispered "Push It" throughout.
I think.


According to the Keeper of All Knowledge, the whispered "Push It" is actually sampled from a 1977 recording called "Keep on Pushin'" by the band Coal Kitchen. 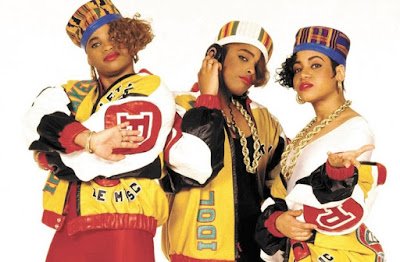 Now I should give credit where it's due: Not only was Salt-N-Pepa the first female rap band to have a gold OR platinum album, attesting to the (problematic) popularity of this song, here we are 30 years later still talking about this song.

Schematic map of all stars within 50-light years of the Sun visible with the naked eye from Earth (and thus accounting for 133 such stars). There are roughly 1400 star systems within this volume of space containing 2000 stars, so this map only shows the brightest 10%of all the star systems. Source of information here.
*******

On that last point, think about it:


If human broadcasted radio waves were to travel without being attenuated through space (they don't, though), at this point it would be possible with proper equipment to detect ... 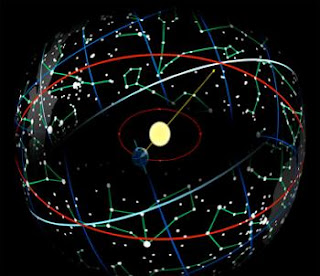 ... anywhere within a 30-light-year volume of space centered on our Solar System (or, alternatively, a volume of space 60 light years in diameter) and encompassing 200 to 400 star systems (of all sizes) the following lyrics set to a hectoring beat: 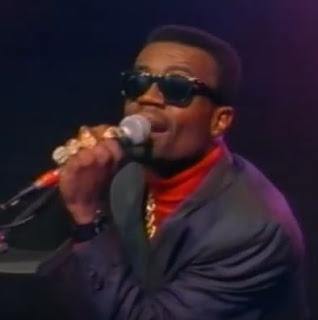 Now wait a minute, y'all ...
This dance ain't for everybody ...
Only the sexy people!
So all you FLY mothers, get on out there and dance!
Dance, I said! 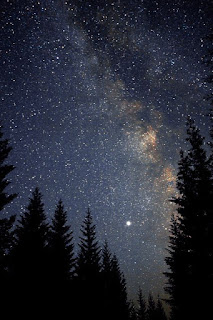 Salt and Pepa's here, and we're in effect!
Want you to push it, babe
Coolin' by day then at night working up a sweat
C'mon girls, let's go show the guys that we know
How to become number one in a hot party show
Now push it!


Wonderful. What do you think an alien civilization would make of this song, not to mention the video?
*******


Rather than ending on that silly note, I'd like to conclude with this wonderful smooth jazz piece ...
"Pacific Coast Highway" by Nils from the album of same name (2005)
This video features some nice Pacific seaside scenery.
Overall, much, much nicer!


OK, that's all for now. Please see my previous entry for an update.
--Regulus
Posted by Regulus at 11:58 PM