Jukebox Saturday Night for July 1st, 2017: The Bob Thompson, Steve Winwood, and Maroon 5 Edition -OR- Half Way Through the Year 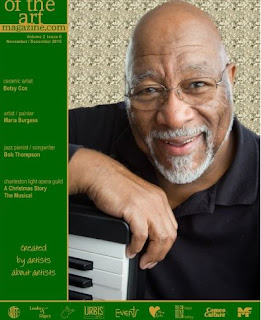 
As a complimentary (not complementary) piece, the Bob Thompson featured in tonight's Jukebox Saturday Night edition is the artist who produced this lovely, mournful piece:
"Sometimes I Feel Like a Motherless Child" by Bob Thompson from his album Ev'ry Time I Feel the Spirit (1996)
I really like this piece although the title is almost too poignant for me.
*******


Shifting gears, here is one of Steve Winwood's big song hits ...
"While You See a Chance" by Steve Winwood from his album Arc of a Diver (1980)
It's a pleasant, melodic song -- at once sad and upbeat and with poignant and poetic lyrics. As for the video, it's a strange and slightly psychedelic one suitable, I suppose, for what was really the end of the 1970s.
*******


Finally, let's end with something a little more recent and while it isn't particularly Saturday night energetic, the video accompanying it certainly is ...
"Daylight" by Maroon 5 from the group's Overexposed album (2012)
This video version is set to action-centered clips of the 2012 movie The Amazing Spider-Man -- and not to be confused with its 2014 sequel The Amazing Spider-Man 2. (For clips from the latter set to this song, see here.)
Sally Field stars in these movies as Aunt May. Has Sally Field ever been in a post-Gidget/post-Flying Nun roles that wasn't dour life-and-death?
*******


OK, that's all for now. Please see my previous entry for an update.
--Regulus
Posted by Regulus at 10:42 PM