Jukebox Saturday Night for July 15th, 2017: The Carol, Kenny, and Selena Edition -OR- One Way But No Walruses

"One Way" by Carol Albert from her just-released album Fly Away Butterfly (2017)
Carol Albert's website is here. 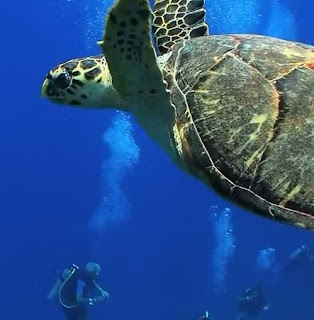 I love the tropical coral reef and tropical seaside and resort imagery of the video. (Funny how I like the tropical imagery but typically do not like being in the tropics because of the intense, burning sunlight.


Next up, a nice light jazz instrumental by Kenny G ...
"G-Bop" by Kenny G from his album Breathless (1992)
I suppose I should comment that a certain walrus thinks anything with Kenny G is "schmaltz," pap, and all-around low quality (all burbled out in a bass burble). Fine. But two points -- first, he can play the saxophone infinitely better than the walrus, which has no talent other than blundering around clueless but well-off, stuck in its world of 1985; and secondly, that rightwing, self-righteous walrus can go to hell.
"I am the walrus..."
Who knew a walrus could understand a human, much less obey one.
Some additional walrus sounds-on-command. For free.
Wow.


And we'll keep the upbeat pace here and end with something Saturday night and catchy ...
"Love You Like a Love Song" by Selena Gomez & the Scene from the group's final album When the Sun Goes Down (2011)
I say "final" because the group is no longer together but she is still actively composing, performing, and touring. Of note, she was just 18 years old when this song came out.
*******


OK, that's all for now. Please see my previous entry for general posting / update.
--Regulus
Posted by Regulus at 11:43 PM