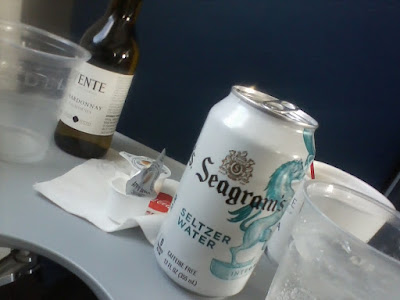 (Yes, Delta Air Lines now gives you Seltzer water instead of club soda. I liked that.)
The pictures in this entry were taken on the final half hour of my return flight from Chicago to Washington, D.C., specifically, Delta Air Lines flight 6233 on the leg from Detroit Metropolitan Wayne County Airport to Reagan Washington National Airport.
It was during the period between 4:06PM and 4:38PM as the jet was descending over Virginia into the D.C. area. I assume the bulk of the were taken over Prince William County and the final one over Charles County.
If you want the info, click on the picture and download it. Oh, yes, one of the pictures includes some labeled info.
Needless to say, they are topically unrelated to the content of the entry.
******* 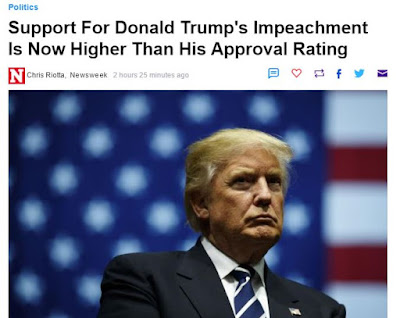 Because it needs to be, below is reposted in full Paul Krugman's New York Times op-ed that appeared today (Monday).*
*It is one of two such weekly op-eds he typically writes -- appearing on Mondays and Fridays. These are in addition to his blog, which he keeps up intermittently and his twitter feed.
Although Prof. Krugman doesn't get into the reasons why the Republican Party has been transformed into a cult still masquerading as one of the two great political parties of the United States, others -- including Michael Lind -- have noted that today's GOP is basically an inverted Marxist ideological movement wedded to a fear-based ethno-nationalism of America's downwardly mobile, apocalyptic-leaning, white working class. 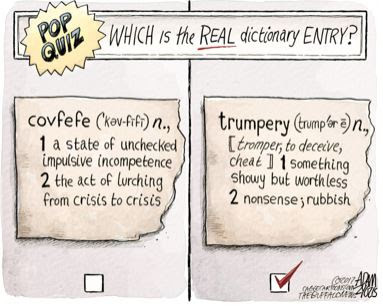 Thanks to that group's concentration in Rust Belt States plus the "Solid South" of neo-Confederate reactionaries and fundamentalists, Trump won the presidential election on an Electoral College technicality, itself an anachronistic throwback to late 18th Century Slave State appeasement.
Needless to say, a severely gerrymandered House of Representatives and concentration of liberals in urban enclaves don't help matters. But I don't want to get into that right now.
Anyway, here is Prof. Krugman's op-ed reposted in full ... 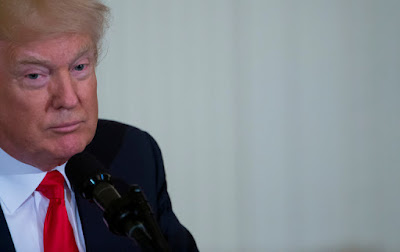 
Donald Trump just took us out of the Paris climate accord for no good reason. I don't mean that his decision was wrong. I mean, literally, that he didn't offer any substantive justification for that decision. Oh, he threw around a few numbers about supposed job losses, but nobody believes that he knows or cares where those numbers came from. It was just what he felt like doing. 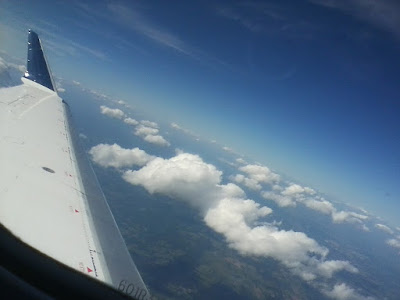 And here's the thing: What just happened on climate isn't an unusual case -- and Trump isn't especially unusual for a modern Republican. For today's G.O.P. doesn't do substance; it doesn't assemble evidence, or do analysis to formulate or even to justify its policy positions. Facts and hard thinking aren't wanted, and anyone who tries to bring such things into the discussion is the enemy. 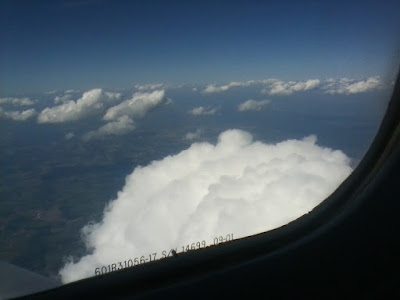 Consider another huge policy area, health care. How was Trumpcare put together? Did the administration and its allies consult with experts, study previous experience with health reform, and try to devise a plan that made sense? Of course not. In fact, House leaders made a point of ramming a bill through before the Congressional Budget Office, or for that matter anyone else, could assess its likely impact.
When the budget office did weigh in, its conclusions were what you might expect: If you make huge cuts in Medicaid and reduce subsidies for private insurance -- all so you can cut taxes on the wealthy -- a lot of people are going to lose coverage. Is 23 million a good estimate of those losses? Yes -- it might be 18 million, or it might be 28 million, but surely it would be in that range. So how did the administration respond? By trying to shoot the messenger. Mick Mulvaney, the White House budget director, attacked the C.B.O., declaring that it did a "miserable" job of forecasting the effects of Obamacare. (It got some things wrong, but overall did pretty well.) He also accused the office -- headed by a former Bush administration economist chosen by Republicans -- of political bias, and smeared its top health expert in particular. 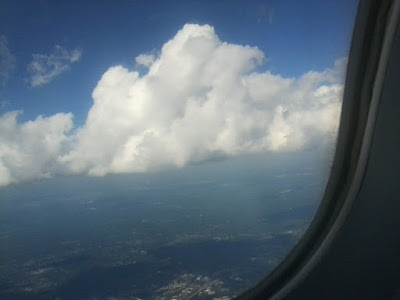 So, Mr. Mulvaney, where's your assessment of Trumpcare? You had plenty of resources to do your own study before trying to pass a bill. What did you find? (Actually, the White House did do an internal analysis of an earlier version of Trumpcare, which was leaked to Politico. Its predictions were even more dire than those from the C.B.O.)
But Mulvaney and his party don’t study issues, they just decide, and attack the motives of anyone who questions their decisions.
Which brings us back to climate policy. 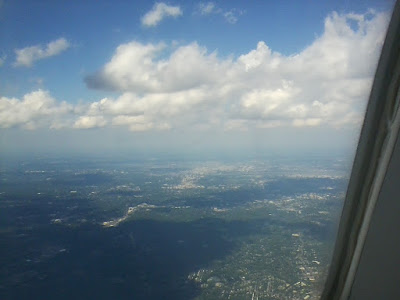 On climate change, influential conservatives have for years clung to what is basically a crazy conspiracy theory -- that the overwhelming scientific consensus that the earth is warming due to greenhouse-gas emissions is a hoax, somehow coordinated by thousands of researchers around the world. And at this point this is effectively the mainstream Republican position.
Do G.O.P. leaders really think this conspiracy theory is true? The answer, surely, is that they don't care. Truth, as something that exists apart from and in possible opposition to political convenience, is no longer part of their philosophical universe. 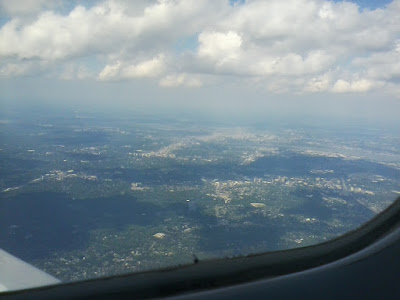 The same goes for claims that trying to rein in emissions will do terrible economic damage and destroy millions of jobs. Such claims are, if you think about it, completely inconsistent with everything Republicans supposedly believe about economics.
After all, they insist that the private sector is infinitely flexible and innovative; the magic of the marketplace can solve all problems. But then they claim that these magical markets would roll over and die if we put a modest price on carbon emissions, which is basically what climate policy would do. This doesn’t make any sense -- but it's not supposed to. Republicans want to keep burning coal, and they'll say whatever helps produce that outcome. 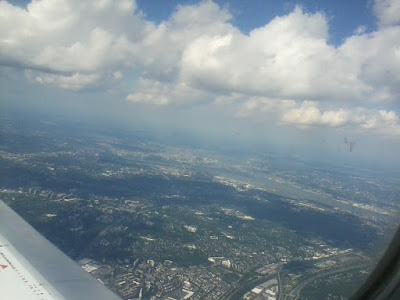 And as health care and climate go, so goes everything else. Can you think of any major policy area where the G.O.P. hasn't gone post-truth? Take budgeting, where leaders like Paul Ryan have always justified tax cuts for the rich by claiming the ability to conjure up trillions in extra revenue and savings in some unspecified way. The Trump-Mulvaney budget, which not only pulls $2 trillion out of thin air but counts it twice, takes the game to a new level, but it's not that much of a departure. 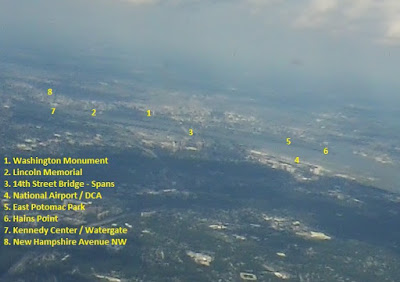 But does any of it matter? The president, backed by his party, is talking nonsense, destroying American credibility day by day. But hey, stocks are up, so what's the problem?
Well, bear in mind that so far Trump hasn't faced a single crisis not of his own making. As George Orwell noted many years ago in his essay "In Front of Your Nose," people can indeed talk nonsense for a very long time, without paying an obvious price. But "sooner or later a false belief bumps up against solid reality, usually on a battlefield." Now there's a happy thought.
******* 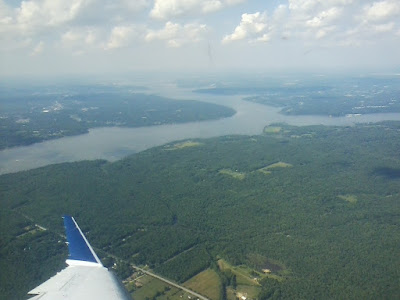 OK, that's all for now. I didn't actually finish this entry until 130AM -- even though the timestamp on it is 11:42PM -- since I had wanted to have a date of June 5th rather than June 6th.
Also, I had planned a second entry but I think I'll hold off on that for now since it is so late. I made it to the gym tonight and had a good multi-part workout (facilitated ironically, I guess, by not having gone the past week) I will be posting the final batch of Chicago pictures later this week.
--Regulus
Posted by Regulus at 11:42 PM