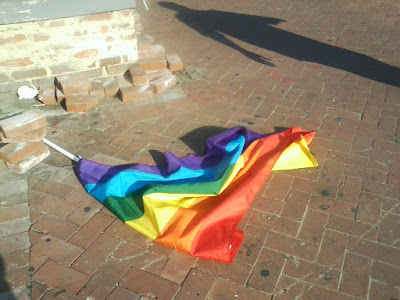 
I'm very tired right now. It was kind of a shitty day -- but that was because I had a weekend that ended on a sour Sunday night note at Annie's. Prior to that, it was fine including a very nice lunch at Union Station's Thunder Grill with my mom, and later with a straight coworker and his gay friends visiting D.C. for Capital Pride weekend.
I met them at La Tasca in Chinatown. That too was a nice time. 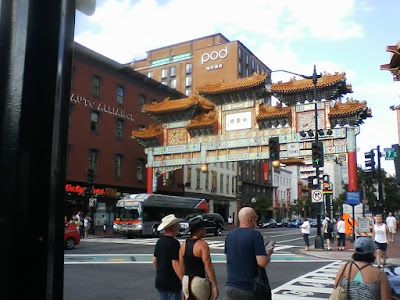 
The lead picture to this entry was taken while leaving Uproar with my co-worker while his friends stayed at the bar. Of note, Uproar was so mobbed (with leather bear daddies) that the rooftop deck started to collapse and the place had to be evacuated and is now closed. Thankfully, no one was injured in what could have been a real disaster. 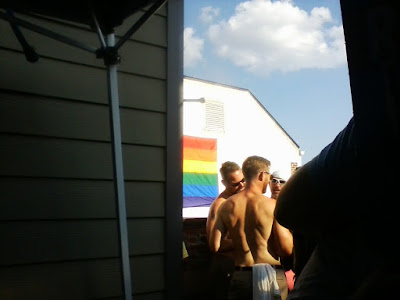 Rooftop deck at Uproar during Capital Pride weekend, Washington, D.C., 6:04PM June 11, 2017.
It was very hot and crowded up there -- and I stood under one of the water misting devices. Of note, one of the staff brought around a platter of sandwiches -- a sort of imitation crab spread on pumpernickel. I had one and it was quite good.
******* 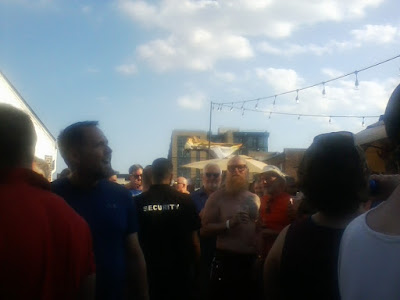 Another view from the rooftop deck at Uproar, Washington, D.C., 6:12PM June 11, 2017.
The image is misty as I was standing under the water misting contraption -- and my flip open phone and its camera are cheap.
*******


So it was the usual great difficulty seguing back into the workweek. In addition, I had an issue at work involving time on a project. About that, it has been resolved -- but I have to be finished the task by tomorrow. For that reason, I am going into work a bit early tomorrow and stay late.
It is a follow up to the Chicago workshop that I attended a couple weeks ago.
About my Chicago trip, I fully intend to post the pictures I took on my last full day there including my visit atop the Hancock Center's 360 Chicago observation deck. 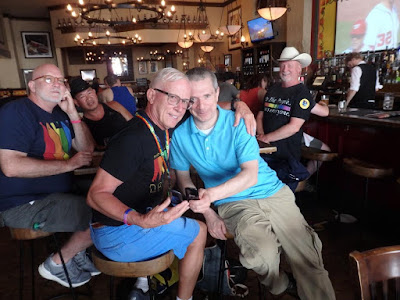 Yours truly my co-worker's friends visiting from Dallas taken at La Tasca, Washington, D.C., June 11, 2017.
The fellow with me is also named Richard and he too has a flip open phone (which was the reason the picture was taken).
*******


Today (Monday) was hot and horrible with a high of 95F at KDCA -- tying a daily record for June 12th that was set on three previous occasions (2002, 1986, and 1942). The other airport stations did not reach daily records. KDCA tie its June 13th daily record of 96F, not to mention its record high minimum for the date (75F in 2015).
Cooler weather and a chance of rain/thunderstorms are in the forecast for the secondo half of the week. 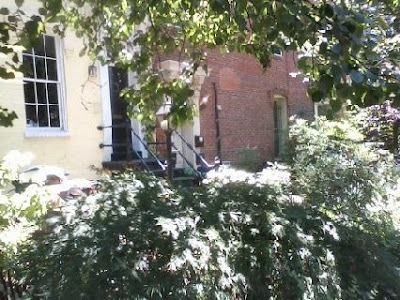 
OK, that's all for now. My next entry won't be until late Wednesday/early Thursday. Please see my previous entry for some political commentary.
--Regulus
Posted by Regulus at 2:00 AM