Days 3 & 4 Chicago Update Plus Forever Views from Atop the Hancock, Er, Correction, the Willis (Sears) Tower ... (UPDATED BY ADDISON) 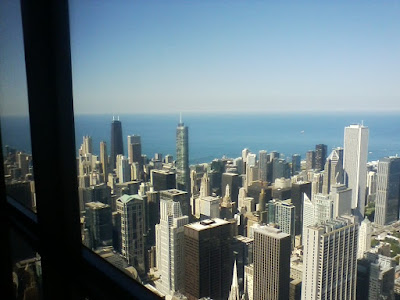 
Quick morning post on this my final full day in Chicago.
I'm here in Amanda and Bryan's apartment in the 1900 block of S. Michigan Avenue. Amanda is at work while Bryan is seated at this table across from me as I write up this entry. He's listening to the brand new album by Roger Waters of Pink Floyd mega-fame. The album is "Is This the Life We Really Want?" -- and was released TODAY.
Best line of one of the many inspirational songs on the release: "Every time Greenland falls in the fucking sea..."
OK, then. 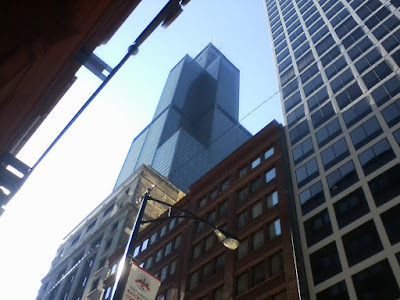 
Yesterday, after the workshop ended, I returned to the Blackstone Renaissance and dropped off my book bag with my duffel bag -- which I was able to store in the lobby even though I had already checked out -- and headed over to the Willis (Sears) Tower.
Of note, I had been confusing the Willis and Hancock Towers.
I paid the $23 and skipped the whole ground-floor museum / theatre / picture-taking and just went up the elevator to the 103rd floor. That was a slightly surreal experience. The view was, of course, phenomenal -- and the weather just about cloudlessly clear. 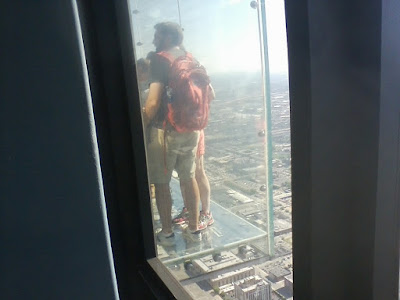 
I didn't expect that you could see all the way across Lake Michigan to Michigan as well as the entire rounded bottom of this vast inland sea to include Indiana's north shore. Now it is the case that the lake widens farther north so seeing across it from nearly 1,400 feet up in the air from, say, Milwaukee is not possible.
I headed back to the hotel, detouring to a place called Plymouth, and then walked -- with my heavy duffel bag and book bag -- to my present place. Amanda had made dinner and she, Bryan, and I had a nice evening before I went to bed. 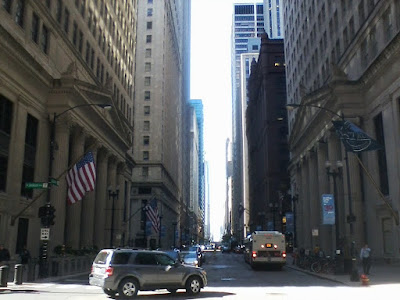 
For today, I'm taking the CTA up to the Addison station** and walking back via Boystown and Lincoln Park and the Magnificent Mile. My plan is to go up the Hancock Center tower (360 Chicago) later today and then meet Bryan at the Cloud Gate ("the Bean") around 6PM and go with him and Amanda to a jazz club in the Ravenswood neighborhood.
** UPDATE / Clarification 2:50AM CDT June 3rd, 2017**:

So it turns out that there are THREE (3) stations called "Addison" in the CTA "L" system to include 1 Blue Line, 1 Brown Line, and 1 Red Line station. In point of fact, I had wanted the Red Line Addison Station, but instead, I took the Blue Line -- and, once I got to that station (practically all the way back to O'Hare), and studied the neighborhood and detailed system-wide maps, I realized that I was in the wrong place.


My flight tomorrow is at 1235PM out of Midway and if all goes well, I'll be back home in D.C. by tomorrow evening.
That's all for now. I have more pictures to post but that will be in a subsequent entry.
--Regulus
Posted by Regulus at 12:29 PM