Chicago Looped In, Days 2 & 3: A Brief Update; Plus, Lunchtime Trumpburger with Chait and Bai 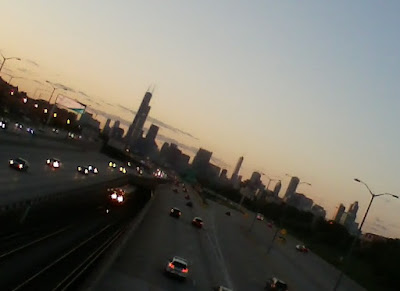 
Second day here at the workshop in Chicago at the John T. Rettaliata engineering center of the Illinois Institute of Technology.
I have time to post this morning because the workshop attendees have broken up into multiple groups and are filling in set forms for the numerous research needs identified yesterday. 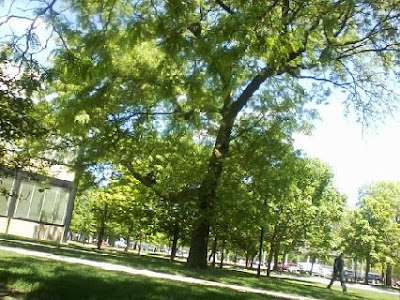 
There is really nothing that I as the note-taker can do right now, so I'm just sitting in on one of them.
The workshop wraps up this afternoon after lunch. I need to head back to the hotel from which I checked out this morning to retrieve my duffel bag stored in the lobby and then make my way to Amanda and Bryan's apartment, which is midway between the workshop venue and hotel. (For this morning, I was running a tad late and just took a taxi instead of the CTA subway.) 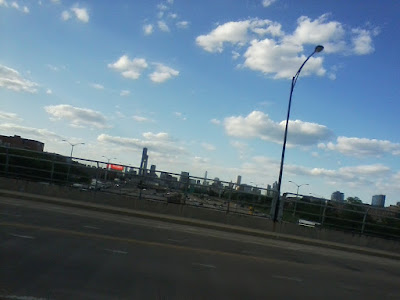 
I'm taking tomorrow off outright and plan to take the CTA up to Lake View (Boystown) and make my way back to downtown. I'd like to go to the observation deck atop the Willis (Sears) Tower and visit Millennium Park.
I'm scheduled to leave on Saturday from Midway back to D.C. via Detroit. 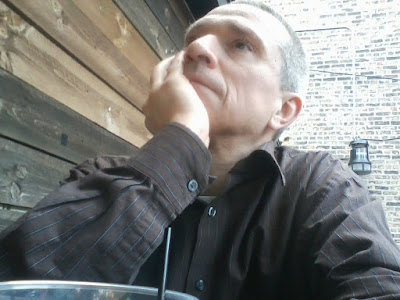 
I just want to get back to my regular schedule including gym routine next week. No, I did not go to the gym last night but instead went to the happy hour at Rocky's Sports Bar with the workshop attendees and then had dinner at one of the two inside bars. I had a few conversations with the workshop participants but mostly kept to myself. 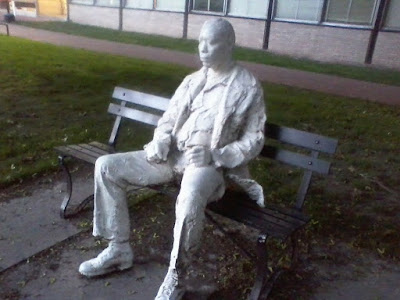 
I then walked to the Bronzeville-IIT CTA station and returned to Roosevelt station, where I nearly missed a Green Line in the station since the trains don't pull up all the way to the far end of the station as they do with the D.C. system. However, the operator actually opened the door for me as it was closing.
Interestingly, there are at three CTA station names with "Harlem" in them -- including, confusingly, two on the Blue Line at opposite ends (the O'Hare Branch and the Forest Park Branch). 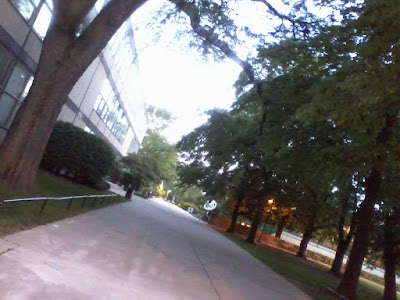 Walkway through the Illinois Institute of Technology at dusk, Chicago, Ill., 8:30PM May 31, 2017.
A crow was noisily cawing the trees above me -- and, I realized, following me at one point. I thought only aggressive mockingbirds did that.
*******


I walked back to the hotel, detouring to a Walgreens. Apparently, here in Chicago the cost per plastic bag is 7 cents -- compared to 5 cents in D.C., thus continuing the needless tyranny of the penny.
I had intended to go back out -- I passed a restaurant called Kitty O'Shea's (which I didn't see the previous night), but I ended up talking to BK in NYC on the phone and by that point, I was quite tired and went to bed. (It was another night of roiled, racing, and scary dream-filled sleep in the hotel bed.) 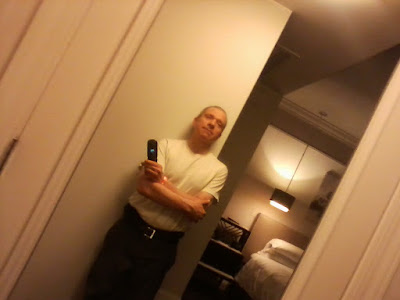 
OK, I am going to wrap up this entry, but before concluding, I would like to note that Trump is expected to pull out of the Paris Agreement in a reality show-like announcement our Mad Emperor is planning on making at 3PM. Here is Jonathan Chait on the matter.
Speaking of Jonathan Chait, here is a good piece from him (link embedded): What's Less Popular Than Donald Trump? Pretty Much Everything Paul Ryan and Mitch McConnell Are Doing.
Excerpts:


The Republican Party that Trump hijacked last year has treated its freak-show president as the single weak point in its unified control of government. 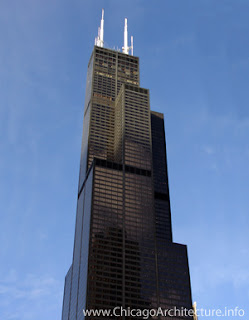 Its leadership has concluded, accordingly, that its best strategy is to ignore Trump's antics and carry out its agenda. "If we don't keep our promises, then we're going to have a problem" in the midterm elections, Ryan said recently. What the party has not come to grips with is the reality that the promises themselves are a problem...


Trump won the election in part because he seemed to depart from his party's traditional profile. He would leave Medicaid alone, he would fund a trillion-dollar infrastructure plan, he attacked Wall Street. As president, he has abandoned all those positions. That abandonment may be the necessary price for inducing a congressional party that distrusts him to close ranks behind him in the face of mushrooming scandals. 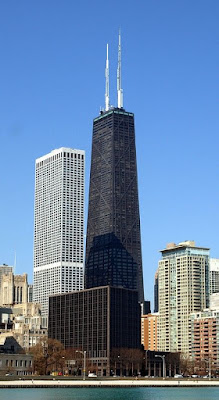 It is not so much that Trump is dragging down the party as that both are dragging each other to the bottom, and neither side has any reason to let go of the other.


Oh, and this Matt Bai piece is quite worth a read: Forget Trump's bluster. The world is walking all over him.
*******


OK, that's all for now. It is unlikely I'll post any additional entries until I return home.
--Regulus
Posted by Regulus at 1:06 PM