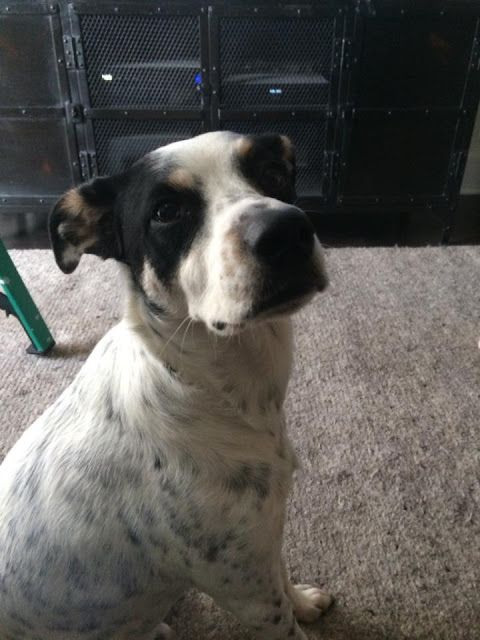 Finn is counseled on the meaning of another Democratic "moral victory" (i.e., loss) -- in this case, right in his own Congressional district.
My friend Chris -- who lives in Georgia's 6th Congressional district in suburban Atlanta -- sent me this picture last night while he (Chris) patiently explained the meaning of a "moral victory" for any Democratic (or, in GOP parlance, "Democrat") Party candidate
******* 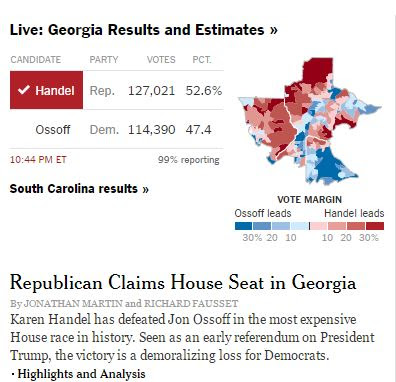 
A "moral victory" is what we have whenever and wherever a Democratic ("Democrat") candidate loses another election victory, such as last night in Georgia's 6th Congressional district -- where the improbable Jon Ossoff lost to Karen Handel. The "moral victory" can be for any reason from rigged / hacked voting machines to gerrymandered districts to GOP voter suppression drives to Democratic apathy and division or anything else you can think of. 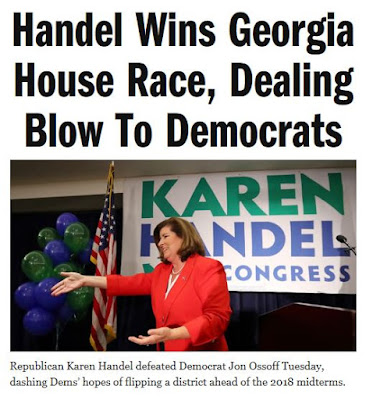 
Notwithstanding minor perturbations in the political spacetime fabric that made predicting the outcome of this special election quite difficult (see, for instance, this excellent pre-election piece by Nate Silver) discussing the peculiarities in the 6th District, let's face it, this was always the preordained outcome. Hell, I even practically nailed the vote totals... 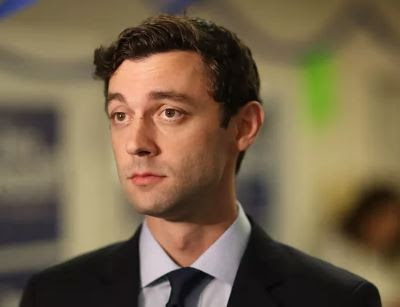 
Or as Chris texted me: "All those Ford F-150 drivers and their beaten wives certainly were not going to vote for some pencil-neck pansexual."
Oddly enough, the Dem in the South Carolina 5th Congressional District special election to replace the reptilian teabagger Mick Mulvaney -- while still losing, of course -- lost by a smaller amount than Ossoff (3.2% to 3.7% losses).
The good news is that the faster we solidify one-party rule and the cataclysms that follow, the faster these Red State Trumpizoids meet their GOP dystopian destiny brought to them courtesy Mitch McConnell and Paul Ryan and freedom-to-teabag GOP pols everywhere. 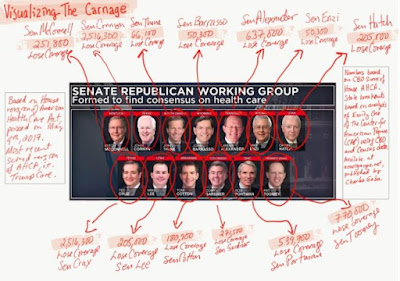 Besides, I suspect this marks a high-water mark for the GOP for the next decade in that there is a sort of Yin/Yang cycle to all this crap, so the next few elections are likely to be bad for the Grand Oligarchy Party.
Oh, and the sprawling investigations into the Russian hacking of / screwing with the 2016 election and the larger kleptocratic and cognitively-dissociated intrigue of the Trump regime also continues -- and that promises to bring endless hours of voyeuristic mirth.

At this point, I'd like to add a few points from both Nate Silver and Jonathan Chait. Their respective pieces are below. Note that Silver has Dems outperforming in these four districts by 11 points -- 3 points more than Chait's figure. That's because Chait is using -- via David Wasserman -- Democratic voter composition vs. actual performance while Silver is using the Democratic result relative to national popular vote, also adjusted for incumbency in the case of congressional incumbents.
These are excerpted below (interspersed with a few unrelated pictures to break up the text). 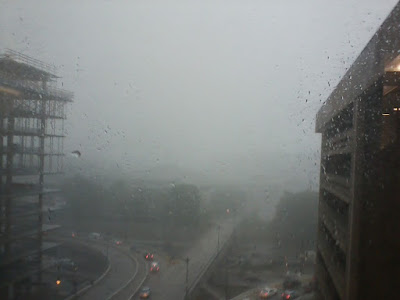 
Where Can Democrats Win? by Nate Silver
Excerpts (without embedded links): 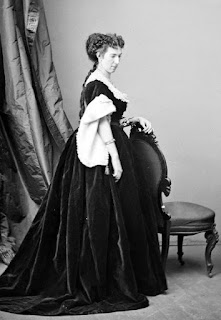 "But in terms of the implications for midterm elections in 2018, it's much less clear that Republicans had a good night. For election forecasting purposes, the margins matter: that Ossoff and Parnell came fairly close to beating their opponents yields a different interpretation than if they’d been blown out. And South Carolina is an important data point, just as Georgia was, even if it received a fraction of as much media attention.


Democrats have gone 0-for-4 in these races. From an emotional standpoint, the outcomes have been disheartening for Democrats. 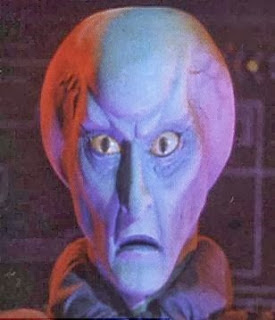 From an analytical standpoint, however, they've ranged between "not bad" and "pretty great" for Democrats as compared with their results from the 2012, 2014 and 2016 elections -- consistent with the sorts of results Democrats would expect if they were on track to compete for the House next year.


All of these races have been held in substantially red districts, although how you measure redness is a key question for Democrats in how they formulate their strategy for 2018 ... 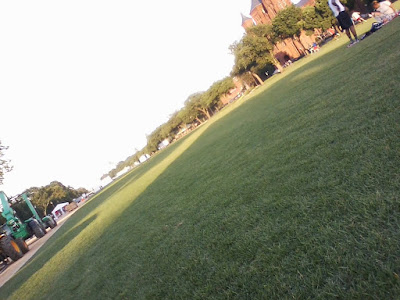 A grassy expanse of the National Mall, Washington, D.C., 7:44PM June 20, 2017.
This is part of the brand new soil / lawn / irrigation and circulation system along a large stretch of the National Mall. There was a Frisbee game occurring but I walked right across it. Screw them. They don't own or rent out that field. "Just play around him," one said.
If the sky portion of this picture hadn't come out so white -- it was actually just a regular early evening blue but my cellphone and camera are cheep -- you could have seen the Capitol dome about 3/4 of a mile away.
*******


As compared to the 2016 presidential results, Democrats have outperformed their benchmarks by an average of 14 percentage points so far across the four GOP-held districts to have held special elections to date. As compared to the 2012 presidential election, their overperformance is even larger, at almost 18 points. They've also outperformed their results from the 2016 and 2014 U.S. House elections by roughly 11 points, after one accounts for the fact that the special elections were open-seat races rather than being held against incumbents.
Democrats continue to substantially outperform their benchmarks: 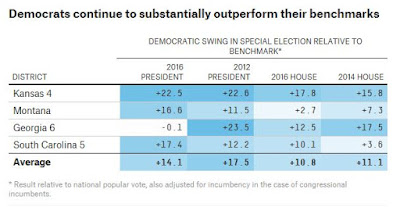 
For his part, Jonathan Chait wrote this piece: This Might Be the Worst Democratic Freak-out Ever.
Excerpt (again, without embedded links):


But the reason the party has lost all four special elections is glaringly simple. It is not some deep and fatal malady afflicting its messaging, platform, consultants, or ad spending allocation methods. Republicans have won the special elections because they’ve all been held in heavily Republican districts.
The special elections exist because Donald Trump appointed Republicans in Congress to his administration, carefully selecting ones whose vacancy would not give Democrats a potential opening. It feels like Democrats somehow can’t win, but that is entirely because every contest has been held on heavily Republican turf. 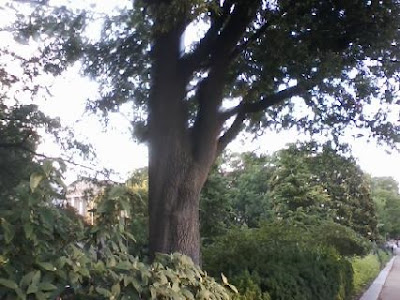 12th Street NW between Madison Pl and Constitution Ave NW, Washington, D.C., 7:46PM June 20, 2017.
I think this is part of the "Victory Garden" of the National Museum of American History.
I walked home from work last night -- stopping at Baan Thai back bar for some dinner and then at Trade, where I met Mark before heading home. (Well, I also stopped into No. 9 but saw the election results on one of the TV monitors and just left.)
*******


The overall measure of Democrats' standing at the moment is not whether they have won, but how they have performed relative to the partisan composition of the districts in which they are running. That gauge remains quite positive. As Dave Wasserman points out, in the four special elections, they have overperformed the partisan baseline in their districts by an average of 8 percentage points: 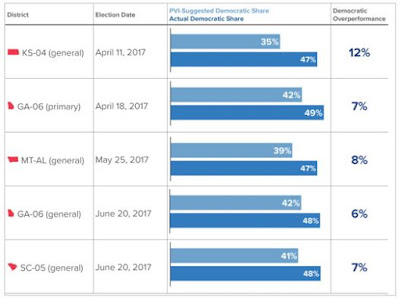 Democratic performance to partisan baseline in the four Congressional elections held in 2017.
*******


I don't know about you, and regardless of stealth / underlying improvements, but I've had enough of "moral victories" for the time being.
For me, the bigger promise -- although it is, admittedly, the proverbial slender reed -- is if the Supreme Court were to rule favorably in the potentially historic Wisconsin gerrymandering case of Gill v. Whitford that it has just agreed to hear. 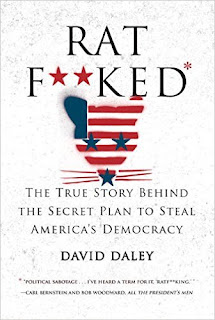 A good ruling there (need I even finish that sentence?) would likely effectively upend the "REDMAP" gerrymandering initiative carried out in 2010 - 2011 by appendages of the Republican Party that locked in a massive House advantage for them nationwide until (at least) the 2020 Census (the effort for which will likely be the worst political trench warfare we've had for a Census).


The key in this case is a metric known as the "efficiency gap" that reveals "wasted" votes to include "surplus" and "lost" votes. 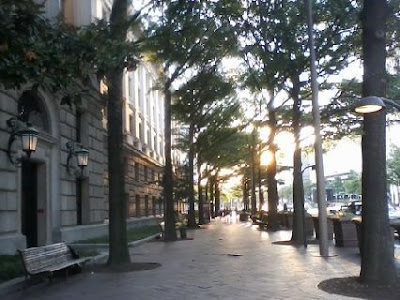 
OK, that's all for now. Tonight is a gym night. I probably won't post a new entry but instead will work on my planned Chicago photographic finale. It is taking me longer than anticipated, and I probably need another 3 hours to finish it. I might actually wait until Sunday/Monday to post it -- that way, I can get in a Friday Night Creature Feature edition and my duo of Saturday entries posted.
For tomorrow after work, I'm planning on going to a company happy hour at a rooftop hotel in Southwest D.C.
--Regulus
Posted by Regulus at 6:06 PM