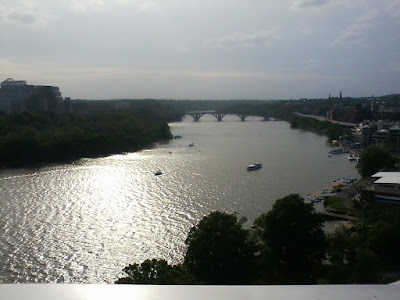 Potomac upriver view as seen from the Top of the Gate bar atop the Watergate Hotel, 5:45PM April 30, 2017.
This entry includes the bulk of the pictures that I took on Sunday afternoon.


Once again, I was unable to update this goddamn blog last night. Thing is, I was actually home last night after work -- no bar and no gym. There is a reason for that but I'm not going to get into it right now. 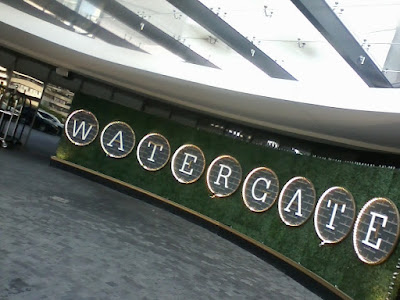 
I have an appointment with my "regular" doctor tomorrow -- the Medstar hydra conglomerate system -- as a prelude to seeing a gastroenterologist. Again, I don't want to get into it right now. Suffice it to say, there is a problem, possibly serious. I'm hoping it's "only" an ulcer. 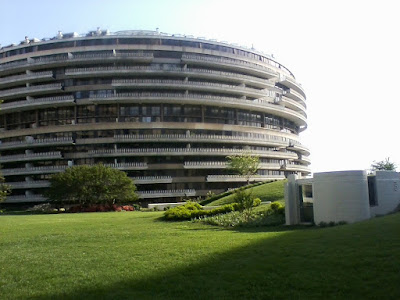 
I'll try to post later today the entry I started to compose last night but I don't know. It's contingent on whether or not I am having dinner with a friend tonight. (There are still those BIG Y'EYEMAH-themed entries that I need to post.) 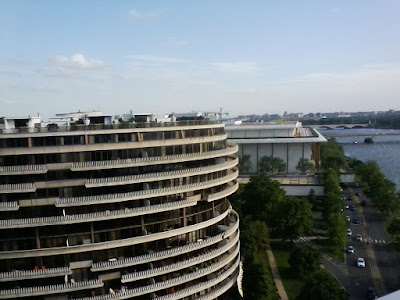 View of the top of the Watergate South building as seen from the Watergate Hotel rooftop bar, Washington, D.C., 5:46PM April 30, 2017.
The Watergate South is one the five buildings that make up the Watergate complex and it has what appear to be cabana-like structures atop it. You know, if you plopped this complex down anywhere else, and recent large interior renovations aside, it would look from the outside like an ugly 1960s Modernist high rise dump that fills so many European and British cities.
Of note, this isn't quite the same view as I posted in this entry.
******* 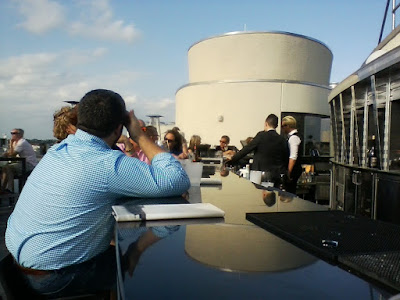 
Before I conclude, here is a worthwhile piece by Nate Silver: The Comey Letter Probably Cost Clinton The Election: So why won't the media admit as much? 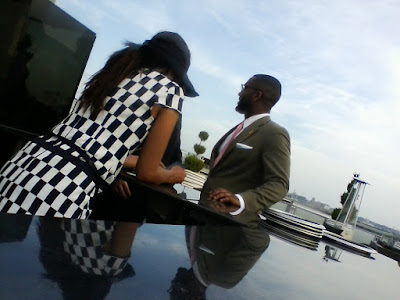 
Oh, and here is a good read by Jonathan Chait: Trump Isn't a Pragmatist. He Doesn't Understand Ideology. The bottom line to this one is that Trump -- wild narcissism and (alleged) billions in wealth and business deal-making acumen aside -- is basically a type of low-information voter. 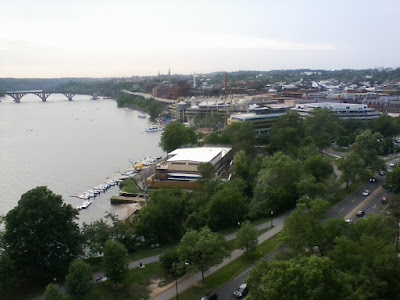 
The latter included the following comment by "TedPungent":
Daffy Don is a product of America's trash culture landfill. Along with his drooling Trumpies, he apparently thought being POTUS would play out like a zany sitcom premise would. He was going to swoop into the big seat and "drain the swamp" with his unique brand of "business savvy" and "plain old common sense", then discovered that it's somewhat more complicated than judging a lemonade-selling contest between washed-up D-list celebrities is. As time goes on he's only going to become less and less effective, relevant and credible. 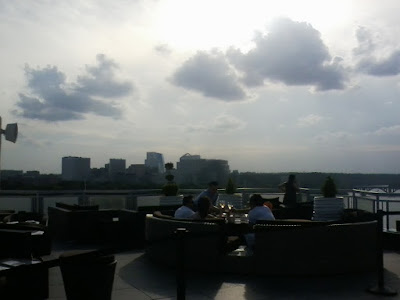 
Later today, we'll see if the resurrected bloody abortion of a GOP / Trumpcare health "reform" bill -- it's a cheap stalking horse for a sky-trillion dollar tax giveaway to multi-millionaires and billionaires at the expense of the poor and sick, not a few of home were duped by the Grifter-in-Chief -- is forced through the House. It really is an evil thing happening -- whether or not it ever becomes law in that current Medusa-like form.
The whore media are treating it, of course, like just another sports game -- one that the GOP will always "win." 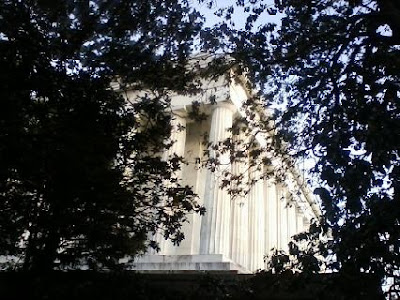 
Here is Jonathan Chait again on the matter: The GOP Health-Care Bill Is an Abdication of Responsibility and a Moral Disgrace.
This piece is a real cri de Coeur. 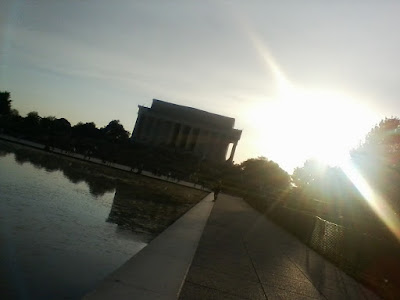 
Some quotable parts of it:
The heart of the bill is the same one that was polling at under 20 percent and failed two months ago: a near-trillion dollar tax cut for wealthy investors, financed by cuts to insurance subsidies for the poor and middle class. 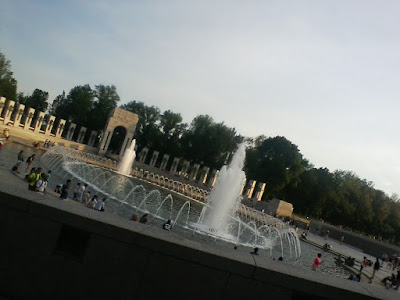 
They are rushing through a chamber of Congress a bill reorganizing one-fifth of the economy, without even cursory attempts to gauge its impact. Its budgetary impact is as yet unknown. The same is true of its social impact, though the broad strokes are clear enough: Millions of Americans will lose access to medical care, and tens of thousands of them will die, and Congress is understandably eager to hasten these results without knowing them more precisely. Their haste and secrecy are a way of distancing the House Republicans from the immorality of their actions. 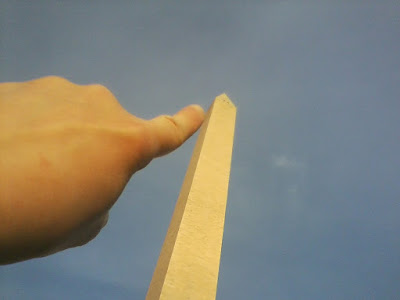 Not to worry, though, because nihilists at POLITICO and the rest of the Beltway political media mandarin class will be "impressed" by the "process" of it all -- and a GOP "win." For its part, the Washington Post editorial board will see the "bipartisan nuance" abounding.
My own view is that of the old dictum that every country has the government it deserves. 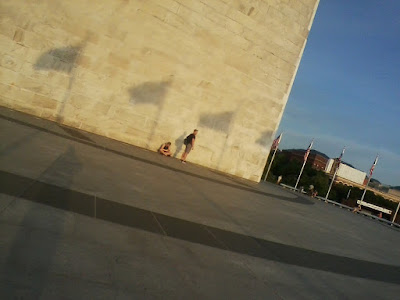 
A few other pictures from my Sunday walk ... 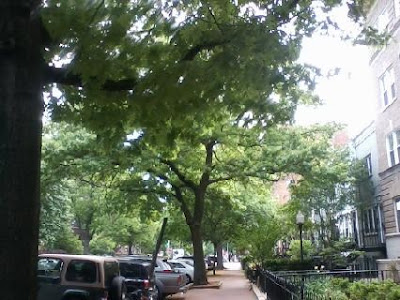 
Turning to the weather, yesterday it was breezy, mostly sunny, and pleasantly cool with a high of 67F at KDCA, 65F at KBWI, and 63F at KIAD. Rain is forecasted Friday -- and hopefully it will be a decent amount. 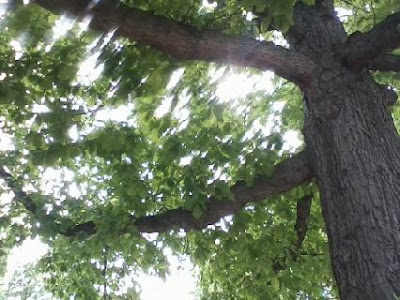 
OK, that's all for now. My next entry will be tomorrow.
--Regulus
Posted by Regulus at 2:29 PM