Back from the gym a short while ago.
It's a breezy, softly overcast, cool night, KDCA 11PM air temp 62°F and dew point 57°F with rainfall starting to move across the immediate D.C. area.
Looking at the weather situation, a cut-off low presently centered over the Ohio River valley (near Cincinnati) will loll eastward while the warm front associated with it pushes up the Eastern Seaboard courtesy a strengthening low-level jet. 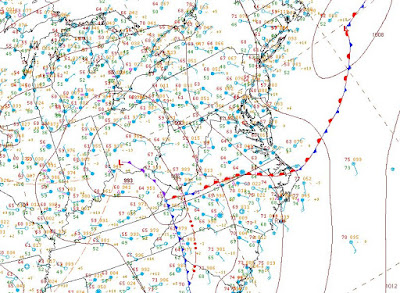 NWS high-resolution surface weather map for a portion of the U.S. valid 0Z (UTC) May 25, 2017.
The system is starting to occlude and become vertically stacked.


The moisture-laden system will be further enhanced by spokes of shortwave vorticity rotating through it, bringing moderate-to-heavy rainfall to the Baltimore/Washington region during the overnight hours. There is also the chance of thunderstorms as the low passes overhead and the late May Sun destabilizes the atmosphere.
The system should slowly push out by Friday with breezy conditions.
Here are the some radar images: 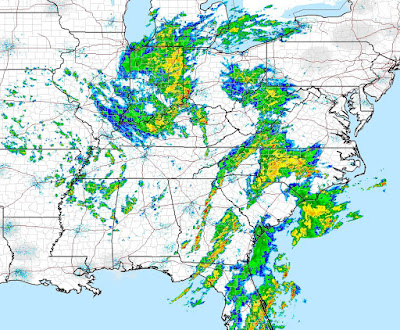 
Earlier today in the warm sector, over the Southeastern U.S., there have been widespread tornado watches in effect all day and some tornado warnings.
Now this is the forecast. If KDCA ends up with, like, 0.05", well, that wouldn't be the first rainfall bust there, nor the last one.
Here is the CWG entry bellyaching about the rain. 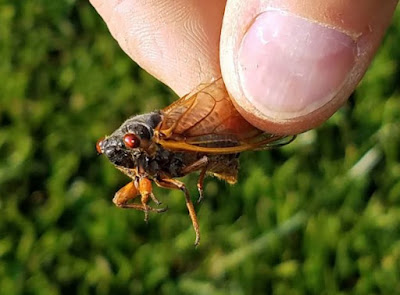 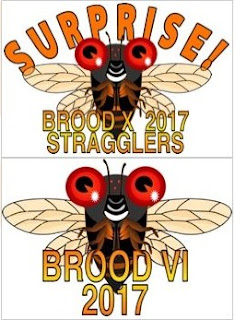 Speaking of the CWG, here is a very informative CWG post featuring an interview with cicada expert Dan Mozgai -- keeper of the blog Cicada Mania -- on why these so-called "stragglers" from the 17-year cycle Brood "X" of cicadas have been emerging this spring across the D.C. area and portions of the eastern United States in non-trivial numbers -- despite not being due for another mass showing until 2021 (and joining the Brood VI that are expected):


Why are these enormous cicadas crawling out of the ground early? An expert explains. 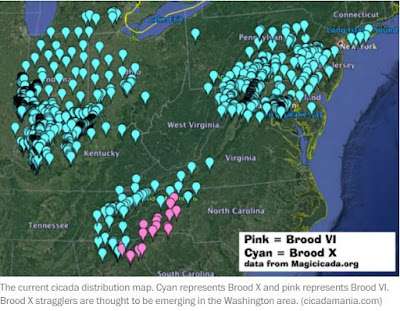 A map of the Brood VI and Brood X cicada sightings in the eastern United States, May 2017.
The Brood VI are due to come out this year, but not the Brood X. Both are on 17-year cycles.
*******


I didn't realize there were so many broods variously on 13-and-17-year cycles, and the whole concept of "acceleration" is very interesting, too -- basically, evolution in action.
OK, that's all for the weather entry. At least one more entry to follow tonight.
--Regulus
Posted by Regulus at 11:58 PM