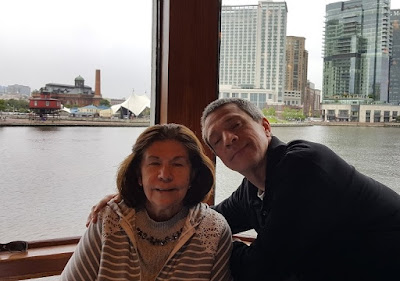 
Apologies for no Jukebox Saturday Night edition last night.
I had fully intended to post one but en route back to Glen Burnie from my pre-Mother's Day lunch with my mom at the Rusty Scupper in Baltimore, I got a text message from Chester. He was interested in coming to Glen Burnie so that we could take a bit of a walk in what was surely likely to be the final cool, gray, drizzly evening ahead of the months of relentless summer heat and humidity. 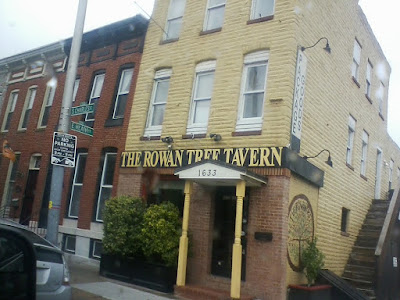 
Chester came over and he and I walked almost to the MTA Cromwell light rail station via the B&A trail, doubled back around through Old Glen Burnie, and stopped at the bar at Sunset Restaurant and had a few drinks (I had more than he did in the form of a three shots of Jameson whiskey). 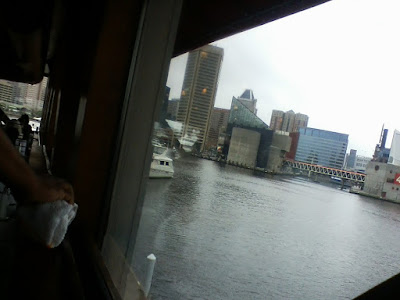 View from our table at the Rusty Scupper restaurant, Inner Harbor, Baltimore, Md., 2:58PM May 13, 2017.
My mom and I had a really nice afternoon dinner at the Rusty Scupper on Saturday. As for the Inner Harbor, the water quality is, of course, dreadful but it didn't look like it was going to catch on fire. In fact, there were a surprising number of birds and ducks about.
*******


Thereafter, we walked back to the apartment and watched late night reruns of The Golden Girls while talking to my mom. At some point, I went to bed and Chester left. 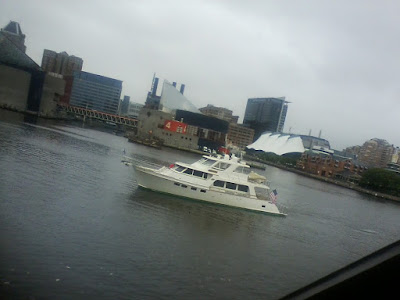 
Today, I had intended to return to D.C. around mid-afternoon, but it was such a lovely day following all the needed rain -- breezy under bright blue skies fleeced with stratocumulus and fair-weather cumulus and higher altocumulus, air temps around 75F -- that I suggested we visit Ray's grave at Crownsville Veterans Cemetery before lunch and taking the MARC train back. 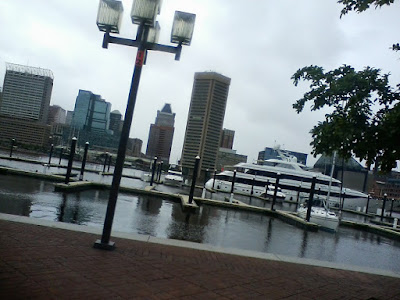 Another view of the Inner Harbor, Baltimore, Md., 4:58PM May 13, 2017.
I also took some pictures of the Maryland Science Center NWS ASOS station -- that would be KDMH -- that I'll post in a subsequent entry. It's rare you can get that close to one -- although it is behind a large iron fence -- since they are typically on airport grounds in inaccessible areas.
*******


The cemetery was crowded for Mother's Day, and I'm not even going to comment on the groups of people there in the section of recently deceased where Ray is interred. 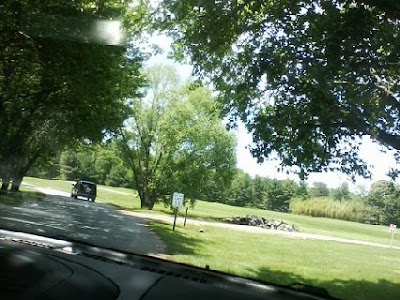 
On the other hand, these folks just lost loved ones and I don't know the situation or with what they are dealing.
For that reason, I'll refrain from commenting on the astonishing way that people dress, look, and behave at a cemetery, in this case, noisy groups of five or six people including small children; cargo shorts, t-shirts, and tented out dresses; tattoos all over. There was one large woman with no shoes and lots of tattoos sitting on the ground beside a new grave, smoking away.
Whatever. 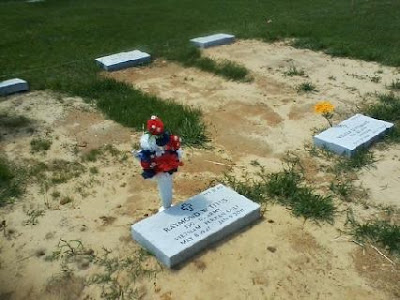 Ray's grave, Maryland Veterans Cemetery, Crownsville, Md., 2:16PM May 14, 2017.
This is a new section of the cemetery and is quickly filling up with recently deceased soldiers and their spouses. Grass has not yet been planted along this row. Oh, and oddly enough, literally next to Ray's grave on the next row over is that of another "Titus" -- Marion W. Titus. No relation as far as we know.
*******


After that, we had a nice lunch at Mamma Roma's in Odenton and then I caught the 4:34PM MARC back to D.C. Actually, the chicken and pasta I had -- and liked -- was kind of heavy and I felt it repeating on me at the gym. 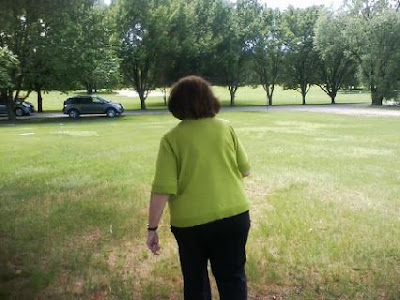 
I got back home by about 5:15PM and made it to the gym on the treadmill by 605PM. I got in a 5-mile jog (well, 5.34 miles with cool down) and about 45 minutes of weightlifting, although that meant skipping the pool since it closes a half hour early. I considered not going to the gym, but I hadn't been since Monday and I can't get into that routine of not going for extended periods. 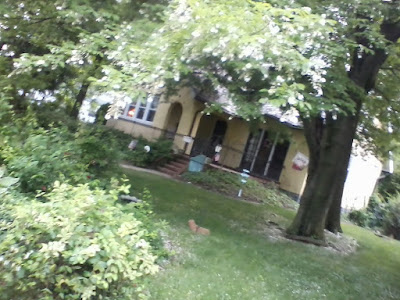 The house semi-secluded by trees at 105 Greenway Street NW, Glen Burnie, Md., 7:49PM May 13, 2017.
This is a nice house and I had never previously noticed it. Oh, and yes, Glen Burnie actually has four directional quadrants much like the District of Columbia.
*******


So right now, I'm back home and in for the night in my wee, lamp-lit, perennially dusty apartment, air conditioning humming away. I'm watching TV, specifically, some episodes of the Mother's Day marathon of Bewitched on Antenna TV.
Agnes Moorehead as Endora was a sustained riot.
Speaking of TV, I saw part of the strangest and unintentionally comical "Weird West" movie this morning: "The Beast of Hollow Mountain". 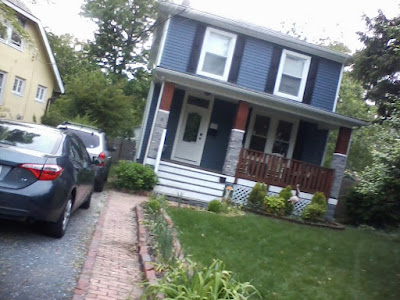 
I would post a lengthier entry but I have to make some good progress tonight on copyedits to a series of a half dozen, multi-slide presentations that were given at a recent IA-HEV Task 26 workshop in Versailles -- in particular, those that were put together by non-native English speakers -- before they are sent to DOE.
It's a bit more involved than it sounds, and I should have been done last week. 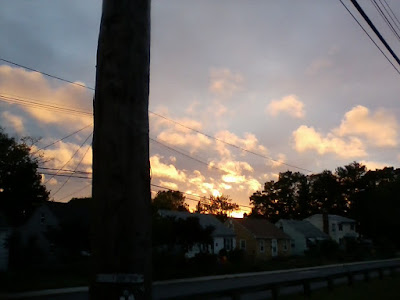 Sunset, Glen Burnie, Md., 8:01PM May 13, 2017.
It was a vivid sunset as the setting Sun cast ghostly deep orange and lavender on the broken overcast, beneath which were low, fast-moving fractocumulus clouds.
*******


My plan is to go to the gym tomorrow night and Wednesday nights. Also, I have my initial gastroenterologist consultation at Georgetown Hospital on Thursday afternoon ahead of a procedure I really don't want to do but owing to recent, ongoing issues, I need to have. 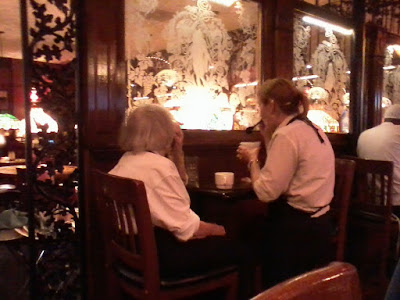 
OK, that's all for now. I'll try to post another entry tomorrow night. I've been intentionally refraining from excerpting any political commentary pieces lately -- despite the nonstop Trump Reality Freak Show -- because such entries spin out of control in terms of length.
--Regulus
Posted by Regulus at 11:53 PM